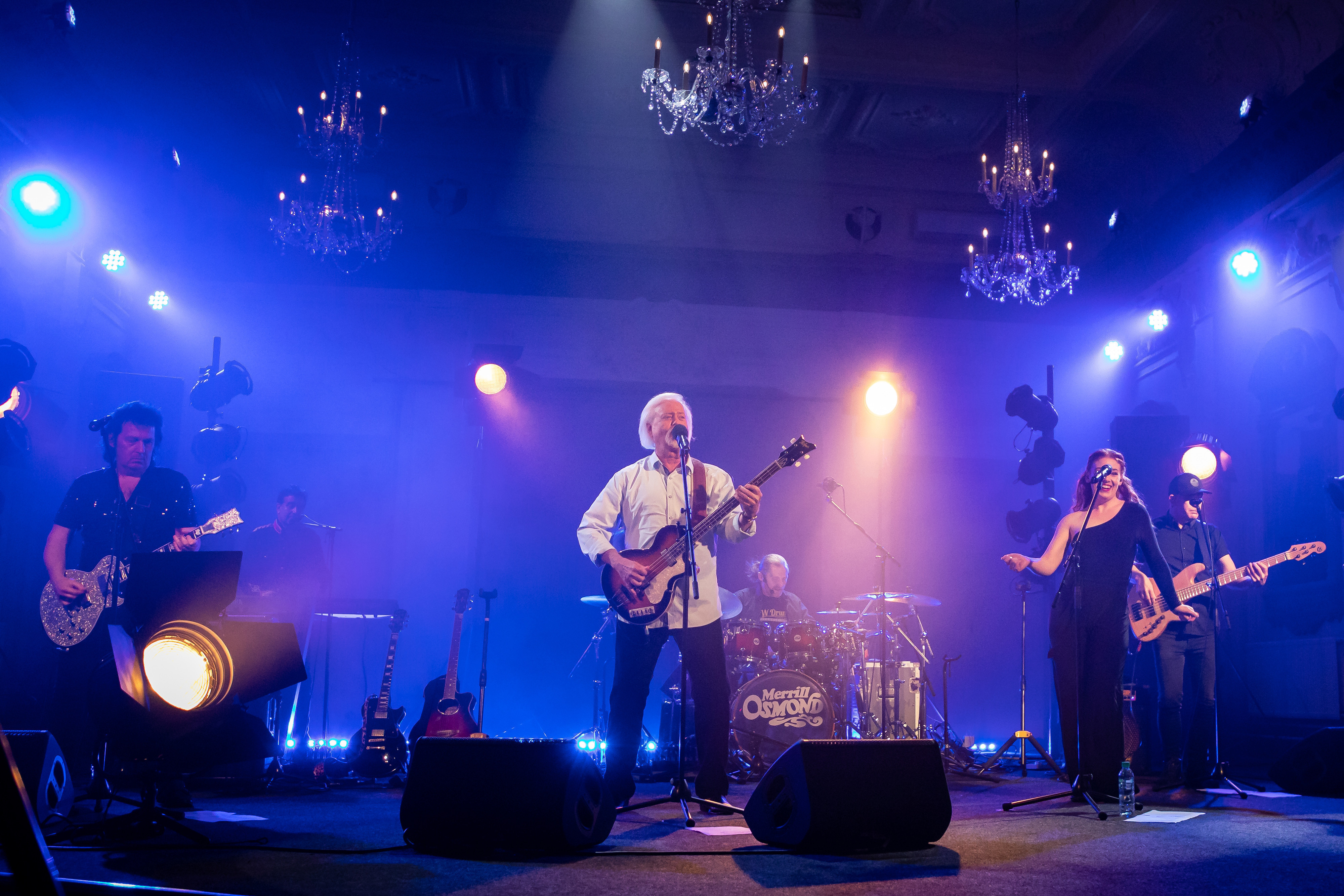 Merrill will be singing all The Osmond hits such as, 'Crazy Horses' ‘Let me In' 'Love me for a Reason' 'The Proud One' 'Down by the Lazy River' and more. He will also be performing songs from his new show including 'Don't want to Miss a Thing 'Aint no Sunshine' and many more of Merrill's favorite songs. This show has been very well received in England and now will be performed for the first time in US.

The Osmonds have produced 47 platinum and gold records, and no other recording artists have earned as many gold records in one year as the Osmond family.