Christmas is the most wonderful time of the year—especially in the heart of New York City.

From the end of November to New Year’s Eve, there’s just no better way to celebrate the holidays with your loved ones or significant other than to visit the world’s most exciting city.

There are always tons of things to do in NYC, so of course, with so much going on, the only problem is figuring out what to do first.

That’s why we’ve created the ultimate guide to get you started on a good, old-fashion Central Park NYC Christmas and lead you to the best places to take pictures in NYC so you’ll have memories for years to come.

Keep reading to get your itinerary started.

Most people flock to New York City to check out the Rockefeller Center Christmas tree. Of course, once they’re done swooning over its magic, they’re usually at a loss for what else that’s magical to do.

Here are our suggestions:

1 | Check Out the Macy’s Thanksgiving Day Parade | We know—Thanksgiving is not Christmas, but the parade is a world-famous annual tradition. It’s also arguably the best way to kick off the Christmas season.

The parade runs from 9 am to 12 pm on Thanksgiving Day, leaving you plenty of time to make it back for your holiday dinner. It runs south through midtown from 77th Street to 34th Street (at Macy’s Herald Square) so if you want to watch from Central Park, we suggest grabbing a prime spot between West 69th and West 72nd Street.

2 | Visit the Delacorte Clock and Listen to Some Festive Tunes | This popular clock located near the Central Park Zoo likes to ring nursery rhymes and seasonal chimes every half an hour. You’ll find the clock sitting atop a three-tiered tower featuring monkeys, a penguin, a hippo, and a kangaroo circling around.

3 | Celebrate with the Central Park Holiday Lighting | During the first week of December (usually the 5th) you can enjoy a free holiday lighting show at the Charles A. Dana Discovery Center.

Bring the kids to meet Santa and his elves, watch live ice-carving demonstrations and sing carols on the Plaza. There’s always plenty of hot cocoa and cookies to keep you warm and the event is brought to a finish with the lighting of a flotilla of trees right on the Harlem Meer.

4 | Get Some Christmas Shopping Done | Shopping is reason enough to visit NYC but in December you’ll find that the Merchant’s Gate Plaza completely transforms into an incredible winter market otherwise known as the Columbus Circle Holiday Market.

Here There are aisles and aisles of designer stands to find the perfect gifts as well as local artisan food to enjoy. The market is usually open daily from the 4th to the 24th, so there’s plenty of time to stop by and shop.

5 | Go Ice Skating | We can’t think of a better way to enjoy a Central Park NYC Christmas visit than gliding across the ice.

You can book tickets to skate at the famous Wollman Rink or Lasker Rink, or if the conditions are just right, bring your own skates and enjoy the ice for free at Conservatory Water.

6 | Take an Official Tour of Central Park | Central Park has all kinds of nooks and crannies that are just brimming with beautiful foliage and wonderful secrets.

Grab some hot cocoa, enjoy a nice long walk or take one of the many official year-round or seasonal tours – try the historic or nature-themed tour, we like those the most!

You can also opt for a romantic horse and carriage ride around the outskirts of the park if you don’t feel like walking. What’s more romantic for a proposal, tour or to celebrate some special occasion?

7 | Enjoy the Evergreen Pines | From 72nd to 102nd Street, there’s a “Winter Drive” filled with pines, spruces, and Douglas firs that were included in the original design of Central Park. When it came time to replace these beautiful trees in the late 1800s, other varieties of evergreens were planted instead. Then again in the 1970s, Arthur Ross brought up to 17 different species of evergreen pines back to Central Park, creating quite a wonderfully smelling site to behold.

8 | Central Park Carousel | The famous Central Park Carousel is equipped with 57 horses and features calliope music. Once an abandoned old vintage fixture that was initially discovered on Coney Island, it is now one of four that has been attracting visitors to the park since 1871 - it’s also one of the largest carousels in the United States!

9 | Visit the Zoo | The Central Park Zoo, managed by the Wildlife Conservation Society is open year-round. Here you’ll get to meet the zoo’s resident sea lions, penguins, seals, snow leopards, and more. If you’ve got children in tow, you can head on over to the Tisch Children’s Zoo, home to several potbellied pigs, sheep, and the only cow to exist in Manhattan.

10 | Go Sledding | Most people don’t know this, but Central Park is home to two very popular sledding destinations: Pilgrim Hill and Cedar Hill. Whenever there are at least six inches of snow on the ground, these festive slopes open to the public—and what can be more fun than playing in the snow in the greatest city of all time?

11 | Play Games | Central Park is well known for its Chess & Checkers House, which is an open center for chess and checkers right in the park, complete with tables.

Visitors are welcome to borrow game pieces from the Conservatory staff or bring their own to sit down and play with a hot cup of cocoa. You’ll also find a variety of other games here including Scrabble, Jenga, and more.

More on Christmastime in the Big Apple

Whether you’re looking for romantic things to do in NYC with your honey or a family adventure with the entire gang, having a Central Park NYC Christmas is mostly about appreciating the season and festivities that come once a year rather than the traditional itinerary of visiting certain buildings and museums.

Of course, the city is filled with so much to do, see, drink, and eat, that you’re sure to make unique memories regardless of what you plan to do!

Looking for even more vacation ideas? Check out our Travel Blog for tips, tricks and things to do at your favorite destinations! 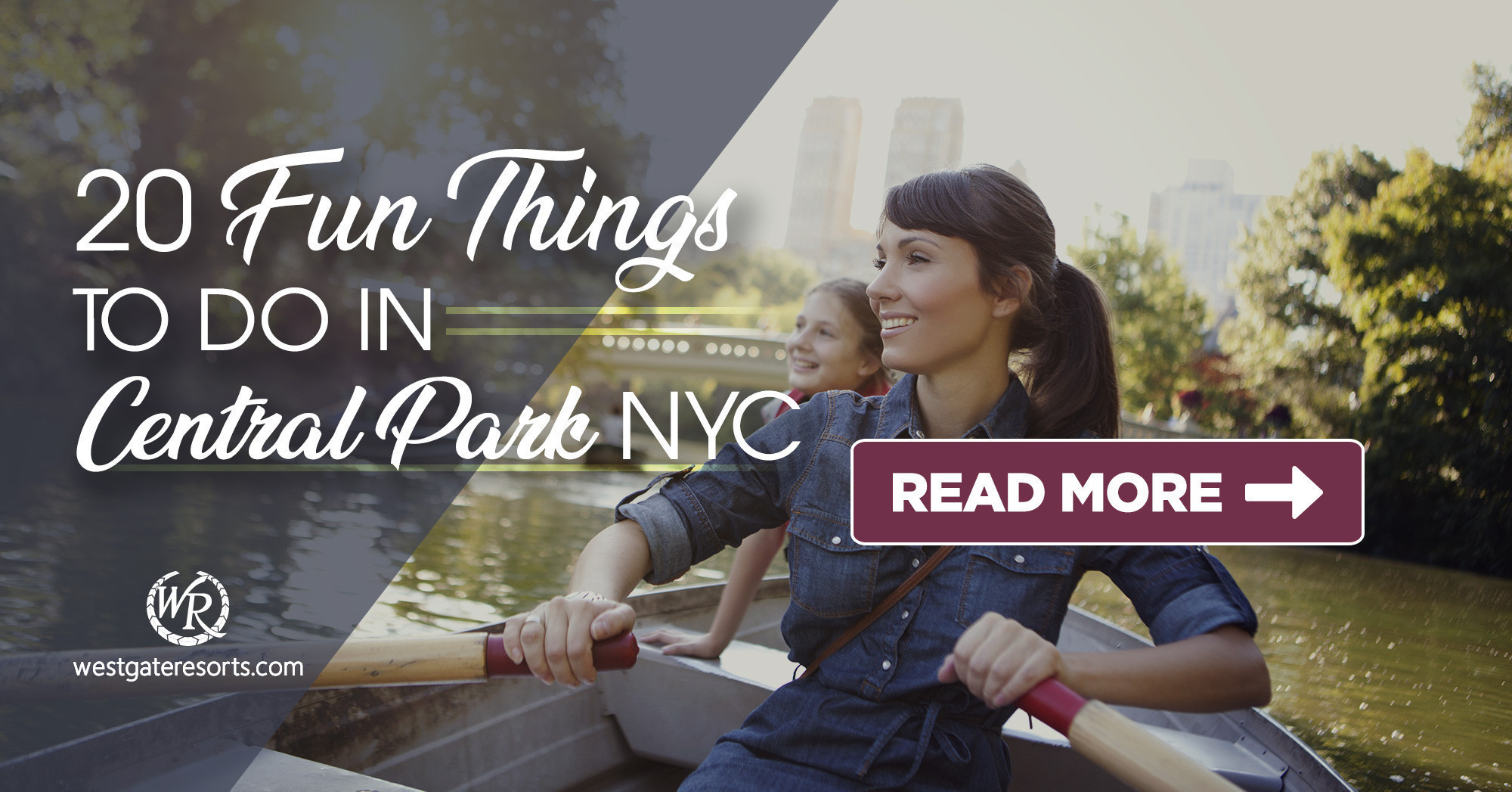