12 NYC Neighborhoods Worth Adding to Your List of Places to Visit!

12 NYC Neighborhoods Worth Adding to Your List of Places to Visit!

If you’re planning a trip to the Big Apple and searching for things to do in NYC, figuring out the different neighborhoods to visit can be overwhelming. That just means that there is plenty of exciting stuff to do and plenty of delicious stuff to eat. These 12 NYC neighborhoods are ones that are truly worth seeing when you visit NYC.

While it’s nice to play things by ear when you’re traveling, there’s a lot of ground to cover in New York City — five boroughs to be exact. These are 12 of NYC’s best neighborhoods that are worth planning into your itinerary.

1 | Westgate New York Grand Central, Manhattan | There’s arguably no better spot to start off your New York City list of places to visit than this Midtown East location. Nestled among some of the city’s most infamous attractions — Grand Central Terminal, the Chrysler Building, United Nations Headquarters — the Westgate hotel in NYC is an ideal home base for your excursions. The Tudor City Tavern offers the perfect spot for lunch to refresh in between sites or an end-of-day social destination to recap your adventures with friends and family.

2 | Theater District, Manhattan | Just west of the Westgate, continue your walk to explore all that the Manhattan Theater District has to offer. Where to begin? The easy starting place is in notorious Times Square. Capture some pics on Time Square’s trendy Red Steps. Explore the famous theaters that line Broadway and catch a show. The fun continues a few blocks north, where you’ll land upon Rockefeller Center (known for its ice rink and Christmas tree in winter) and Radio City Music Hall. In close proximity is The Modern Museum of Art, one the city’s premier museum destinations.

3 | Chelsea, Manhattan | Chelsea has developed into one of the cutest and most vibrant neighborhoods in New York City. Start by visiting one of the trendiest places to visit in the city, The High Line. It’s an old railroad line that has been converted into a beautiful park with a view 30-feet above street level (thus the name). From there, grab a bite at the indoor marketplace Chelsea Market, which has tons of restaurants, shops, and even fresh food sellers. It’s an easy walk from Chelsea Market to the Hudson River to enjoy the view, one of the pier parks, or visit the Whitney Museum of American Art.

4 | Lower Manhattan and Financial District | As Manhattan converges down to its southern tip, so to a ton of some of the best places to visit in NYC. Grab a bite in Chinatown, one of the country’s largest. Make your way down to One World Trade Center and the 9/11 Memorial & Museum, which is blocks away from the New York Stock Exchange and Wall Street. Finally, at the southernmost point lies Battery Park, the access point for ferries to the Statue of Liberty and Ellis Island.

A post shared by Went To America 🇺🇸 (@went_to_america)

5 | Staten Island | After you visit the Statue of Liberty, feel free to continue on a ferry down to Staten Island, and take in the fantastic views of Manhattan and Brooklyn from the water. In the southernmost borough in the city, a trip to Staten Island Zoo is one of the most popular destinations. Snug Harbor Cultural Center and Botanical Gardens is a peaceful 83-acre campus filled with art, architecture, museums, and beautiful greenery.

6 | Brooklyn Heights | The gateway from Manhattan to Brooklyn is the photogenic Brooklyn Bridge, a walkable bridge across the East River built in the 1880s that has become the epicenter of Instagram photos in the city. Once you make your way across, you have all of what Brooklyn Heights and Downtown Brooklyn have to offer. You’ll immediately be struck by the charming brownstones that are lined along “The Fruit Streets” — literally fruit-named streets like Orange, Cranberry, and Pineapple. The neighborhood also offers one of the best views of the Statue of Liberty from the Brooklyn Heights Promenade. There’s a lot of history in this neighborhood and plenty of delicious restaurants, including some of the best NYC pizza you’ll ever eat.

7 | Brooklyn Navy Yard | There may truly be no other place quite like the Brooklyn Navy Yard waterfront area. Originally a major shipbuilding hub dating back to the Revolutionary War, the historic area has been rejuvenated into a major arts, fashion, and design industry center. It has become a model of what modern urban industry and manufacturing can look like. Discover the neighborhood's edgy street art, learn about its history at The Brooklyn Navy Yard Center, and take a tour of New York City’s oldest whiskey distillery, Kings County Distillery.

8 | Williamsburg, Brooklyn | Williamsburg is known as the most trendy neighborhood of Brooklyn, and the food, bar, and nightlife scene certainly reflects that. There’s no lack of things to do here. Whether it’s going bowling at quirky Brooklyn Bowl, drinks at Brooklyn Brewery, or hitting one of the several artist and flea markets, visitors quickly discover the unique soul of this popular neighborhood.

9 | Jackson Heights, Queens | If you want to try some of the best Indian Food in New York City, then definitely make your way over to Jackson Heights. The home of the city’s Little India will enjoy fabulous food and shops filled with Asian goods. The vibrant community’s inhabitants speak over 167 languages and its streets are lined with charming pre-war Tudor homes.

10 | Flushing, Queens | Flushing has become the de-facto representative of Queens. Not only does it have some of the borough’s best attractions — like Queens Botanical Garden, Citi Field Stadium where the Mets play, Queens Zoo, and more — it has arguably the best East Asian cuisine in the city. In fact, the neighborhood's Chinatown has grown to become larger than the one located in Manhattan.

11 | Bronx Zoo | Yes, the Bronx Zoo qualifies as its own neighborhood, as it covers 265 acres of land and is home to over 4,000 animals. It’s truly a feat in such a packed-in metropolitan area. It’s also adjacent to New York Botanical Garden, which contains 50 unique, curated gardens and a rainforest glasshouse.

12 | Central Park | There are plenty of things to do in Central Park, a must-see on your places to visit list. Stroll through the East Side of the park to hit the model boat pond where people sail their model sailboats. The Metropolitan Museum of Art, located on the edge of the park on 5th Avenue, is one of the most breathtaking museum buildings you will experience anywhere.

Last Tips On Other NYC Neighborhoods Worth Adding to Your List of Places to Visit!

There’s so much to do in the “City That Never Sleeps” that it’s impossible to experience it all in one visit. Make sure to enjoy all of the cultural sites, exciting shopping and nightlife, and, most importantly, the delicious food that New York City has to offer.

Searching for things to do on your next vacation? Check out our Travel Blog for tips, tricks and destination ideas to make your trip memorable! 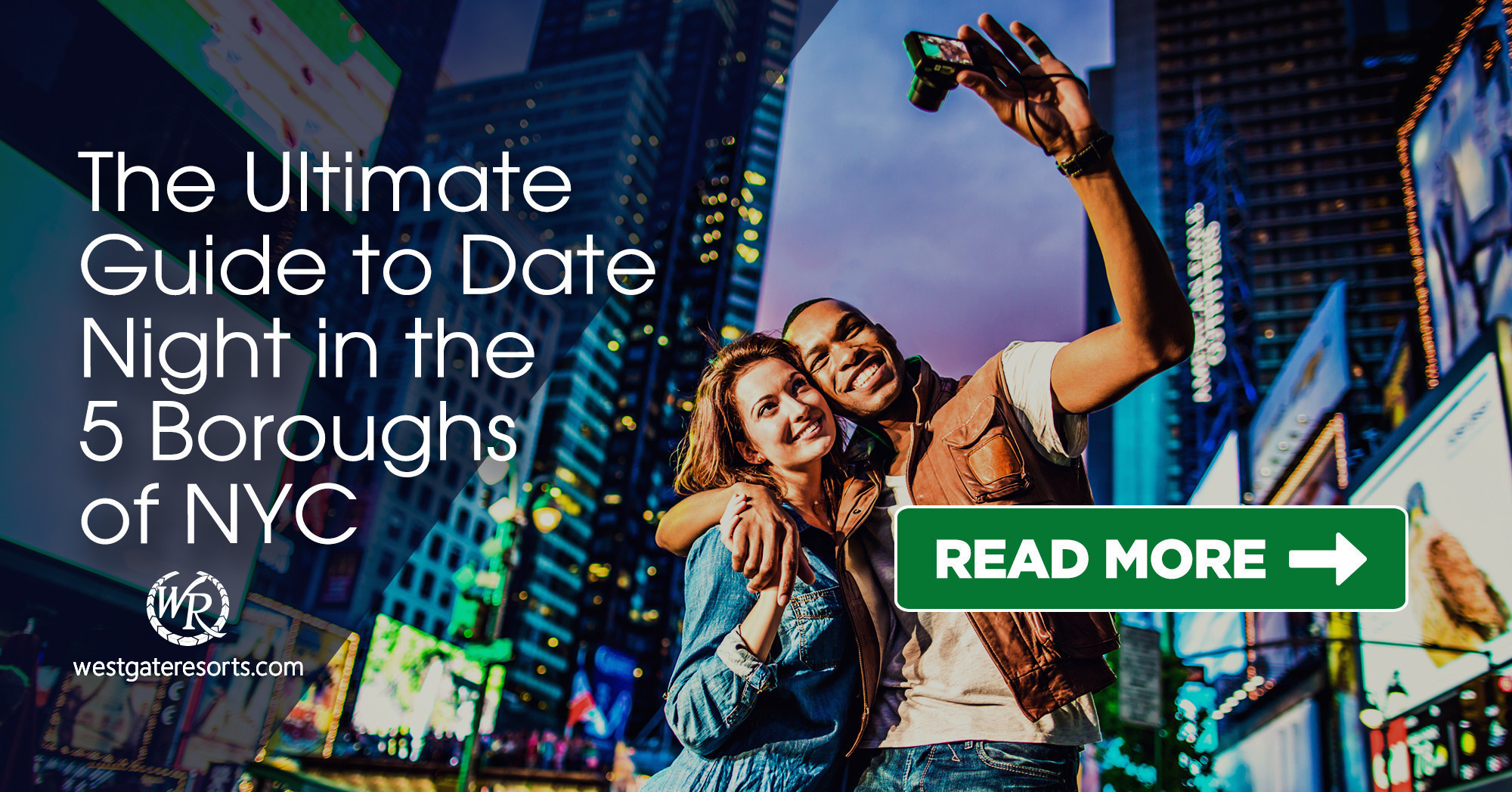