When most of us think of New York restaurants, we think of the flagrant ostentatiousness that makes the city’s dining scene seem exclusive to VIPs. But don’t be fooled, there are incredible restaurants in the Midtown Manhattan, New York City area, particularly near Times Square that serve affordable bites and delicious eats. So just as the Big Apple is well known for its fantastic hotels near Grand Central Station and the many weird things to do in NYC at night, the secret's out, Time Square is also a foodie-on-a budget paradise!

Where to Eat Near Times Square on a Budget

Dining on a budget in one of the most popular tourist destinations in the world is possible and doesn't have to feel as if your picks are limited. Happy hours, food deals, and cheap prices provide the option to eat delicious meals while in Times Square. But, for visitors and tourists, it can be quite difficult to know exactly where the holes-in-the-wall are, so let us be your guide to the ins and outs of dining without sacrificing your wallet at your favorite restaurants.

Here are 8 cheap places where you can eat while in Times Square:

1| Empanada Mama | If you’re looking for an eatery that’s fast and casual, this is the spot! Empanada Mama is just a block away from the official boundaries of the Theater District. This small gem, fortunately, is close to some venues in Broadway but well worth any distance. Touting massive flavors in a small package, the restaurant offers empanadas - stuffed pastries baked but mostly fried. Empanadas, if you don’t know already, are staples that come from Latin America. You’ll find at least forty varieties of them in the main menu at Empanada Mama, each costing only $4.

If you’re excited about trying out the traditional empanada, try the Brazil recipe that comes with sautéed onion, potato, olives, and ground beef. You could also go for the Desayuno Colombiano with Spanish onions, eggs, cheddar cheese, and Colombian pork sausage. For a fusion, we suggest the El Ruben that comes with sauerkraut, shredded beef, Swiss cheese, and Russian dressing. There is also the Pepperoni Pizza, covered with cheese, pepperoni, and tomato sauce. The variety you get here is very impressive - even with offerings of empanada desserts stuffed with cheese, fruit, and chocolate. Yum. Yum!

2 | NY Pizza Suprema | Pizza is the NYC cheap eat that’s iconic with the Big Apple. And, there is no shortage of it near Times Square. You will find at least one crust that’s topped with cheese and tomato sauce in about two or three stores on each block. One gem you must try is NY Pizza Suprema, just nine blocks from the Theater District. Be warned, the regular cheese pizza is so delicious, you may crave it for days!

3 | The Halal Guys | The Halal Guys is a great example of the trend towards upscale food trucks. The Middle Eastern cart started in the Theater District and business grew in popularity due to the demand from Muslim taxi drivers. Today it is an international phenomenon. The combo platter of beef and chicken gyro over rice is its most popular menu item. They also make great falafel in platters - then there’s the sauce! Make sure you ease into their hot sauce. It registers 115,000 on Scoville’s spicy heat scale. Hint: Jalapeños are usually under 10,000 in the spicy heat scale. The tangy white sauce, which is a favorite, has its very own following!

With plenty of fans, the carts aren’t difficult to find. As a matter of fact, it’s as simple as finding a line of people from every background, ethnicity, and culture. Don't be intimidated by the crowd. Just hop right in as we are sure you will meet new friends. Orders move pretty quickly as well.

4 | Gray’s Papaya | New Yorkers are always running around, busy with their day-to-day activities. They're known for always running late, or so it appears. This makes a hot dog the perfect cheap food as it is one you can come across in every corner and it’s a portable meal that you’ll be able to consume while on the run. Let’s start by debunking a myth: a food cart is not a dicey proposition as you may believe. In fact, they are now a staple for The Dog! You may be wondering what sets this one apart from the others - it is always open, it is very cheap, and it is very good! In fact, it is famous today for the “Recession Special.” With this, you get two hot dogs, plus a medium drink and you only get to pay six bucks! As for its name, Gray’s Papaya, papaya is one of its featured tropical beverages. But if you prefer piña colada, they also serve banana and coconut drinks. And yes, they have soda, tea, coffee, pineapple juice, and hot chocolate too!

5 | Xi’an Famous Foods | You can find tasty burgers anywhere in the world, but not noodles that are fresh and handmade. That is what draws the city to Chinese gem, Xi’an Famous Foods. Starting from a hole-in-a-wall at a basement in a shopping mall, the fiery noodles of Xi’an leaped across the river and landed to the Chinatown of Manhattan and then engulfed, yes, the entire New York City. Head to any of the two locations they have near Times Square for hand-ripped noodles that are served in soups and dishes with combinations of meats and vegetables. There is also a variety of dumplings that you can choose from and “burgers,” a bun with shredded meat.

What you’d want to get on your first visit is Xi’an’s Cumin Lamb Noodles? If you have to dine out, try the Cumin Lamb Burger. The noodles must be consumed instantly, so they’re not soggy. If lamb isn’t on your agenda, go for the Cold Skin Noodles Liang Pi or Stewed Pork Burger as they’re the top sellers.

6 | Shake Shack | Danny Meyer, a renowned restaurateur, transformed the old hot dog cart and turned it into Shake Shack, just a couple of blocks from Madison Square Park. Fortunately for us, he never looked back! Although it has evolved into a good chain with hundreds of locations across the globe, this is its pioneering location - plus it’s as tasty as ever.

In New York, it isn’t unusual to find people huddled over with fries, ShackBurger, and homemade lemonade at the original location. It opens early compared to the one in the Theater District. Though the hot dogs and crispy chicken sandwiches receive acclaim, the restaurant chain is all about their beef blend and signature burgers. The crinkle-cut fries can sound pedestrian. However, they are prepared perfectly. The lemonade is tart, fresh and well worth a glass.

7 | Totto Ramen | If you are on the lookout for a hearty ramen, there’s a lot for you to choose from. However, New Yorkers love a particular spot that doesn’t get the buzz of the Totto Ramen in the original location at 366 West 52nd St or Ippudo Westside. Now whenever tourists ask which spot to hit when craving for ramen near Times Square, we recommend going for Hell’s Kitchen’s Totto Ramen. Sure, you would have to exert effort in going there, but it’s definitely worth it. Whereas Ippudo Westside has some obscene wait times, you can stroll into Hell’s Kitchen’s Totto Ramen with relative ease. If you arrive right after the opening, you will have the entire restaurant all for yourself.

8 | Kuro-Obi Ramen | No crazy waiting lines to get your hands on an Ippudo ramen as Kuro-Obi is the concept for quick-service ramen. The menu is quite limited and you only get to choose between three different kinds of ramen. We like the White Belt or Shiro-Obi, which has chashu, chicken broth, and mushrooms. It comes with a cute takeout container and the portions are smaller than the regular ramen bowl. However, it’s alright because it’s just as tasty and you can always get two servings! Solid, tasty ramen is for those who are on the go.

Last Tips on Where to Eat in Times Square

If you are in a group and you can’t decide where you should eat, then your best bet would be City Kitchen, billed as the Food Market in Times Square and you will find a room busy and full of upscale food stalls.

Also, try to check out Dough. It is an outpost for the city’s greatest doughnut shop (or at least one of the best). Their rotating menu comes with unexpected flavors like passion fruit and hibiscus. 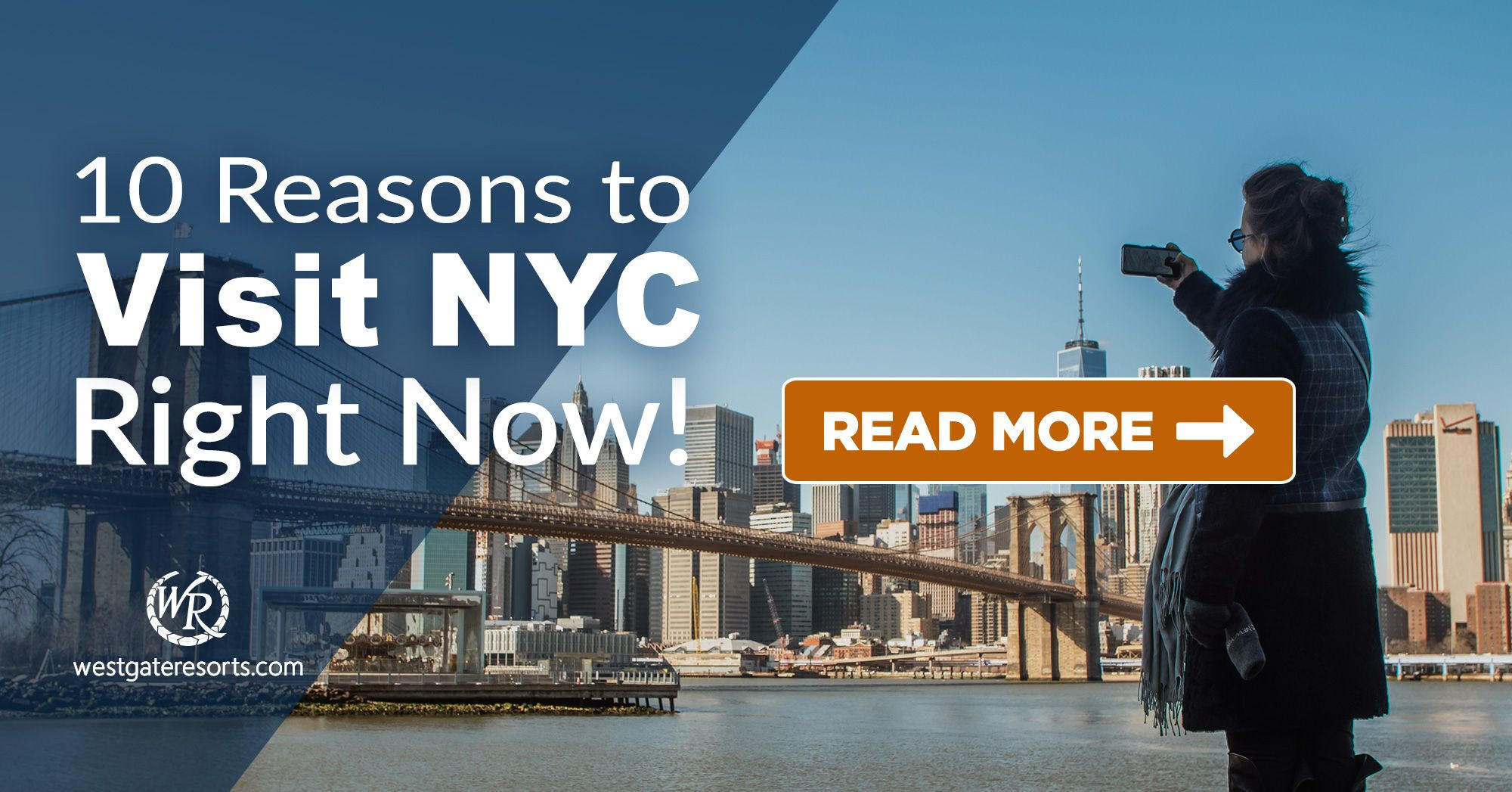