10 Ways to Spend New Year's Eve in Orlando With Family!

10 Ways to Spend New Year's Eve in Orlando With Family!

New year, new memories! Get ready to ring in the new year with a bang! As if you need a reason for a getaway, New Year’s Eve is the perfect time to start your New Year’s Resolution early and beautiful Orlando, FL is the perfect spot to welcome a new year! Whether it’s a much-needed family staycation or a family trip that has been in the books for a while, check into a first-rate Orlando hotel, choose from the most fun things to do in Orlando, and start making memories that will last the whole year!

If there’s one thing we know about Orlando, it’s that “family-friendly” is its middle name. Even though New Year’s Eve is known for its extravagant parties, champagne, and the dreamed of midnight kiss, it’s also a wonderful opportunity to welcome in the new year with your entire family!

As the ball drops and the crowd counts down from 3…2…1, who do you want by your side? Your family of course! Every family has their own holiday tradition, and eve Orlando has some New Year’s Eve traditions of its own! Firework displays can be found splashed across the night sky throughout the city like a vibrant Jackson Pollock on the festive holiday, but there are a few hidden places that are perfect for bringing in the new year with your family. Just in case you may be having difficulty finding the right way to celebrate, this list of 10 Ways to Spend New Year’s Eve in Orlando With Family may help ensure you’re starting the new year right! 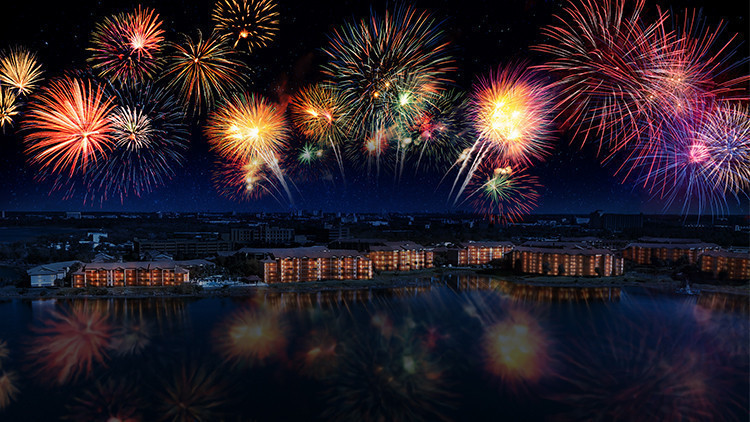 1 | Light Up the New Year at Westgate Lakes Resort & Spa | This New Year’s Eve, watch as the vibrant firework display your family has been hoping for ignites the night sky right outside your balcony at Westgate Lakes Resort & Spa. From their spacious accommodations and limited low rates, travel this New Year’s Eve to a resort you trust will keep your safety in mind, as well as put on a New Year’s Eve celebration your family will never forget! As the clock strikes midnight, you will have your very own private firework display to ooh and ahh alongside your family. Aren’t holidays the best?!

10 Dessert Places in Orlando to Die For!

The Ultimate Guide to Planning a Family Reunion in Orlando 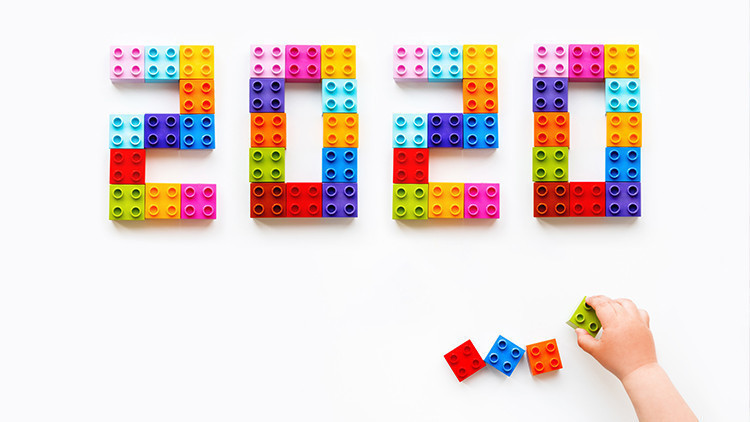 2 | Kid’s New Year’s Party at Legoland | Are your children and younger family members obsessed with Legos? This New Year’s Eve, they can enjoy welcoming the new year with a fantastic Lego-themed firework display! Starting at 8:00 pm on December 31st, guests of the park can look up in wonder as fireworks transform right before their eyes into blocks of Legos! 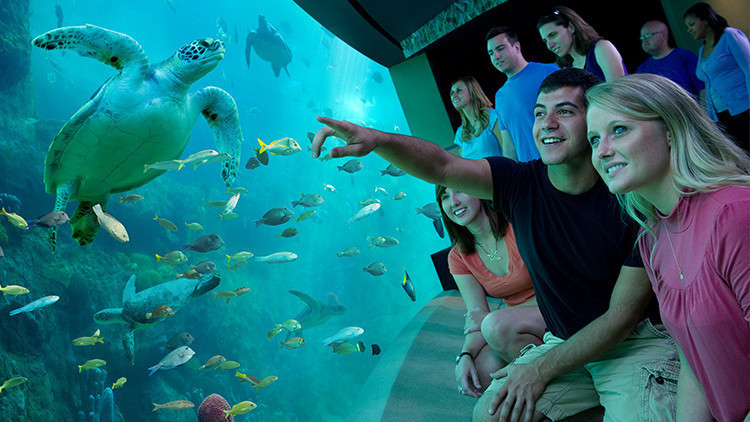 3 | New Year’s Eve at SeaWorld | Celebrate the new year with the splashing marine life at Orlando’s favorite connection to the sea, SeaWorld! If your family is a fan of all things that roam under the sea, the Firework Celebration this New Year’s Eve at the aquatic theme park will be a perfect way to start the year off on the right foot (or should we say fin?). Providing a firework display and live entertainment, guests of the park can also enjoy the holiday with special New Year’s Eve shows! While they are not ones to fish for compliments, it’s going to be a fin-tastic celebration! 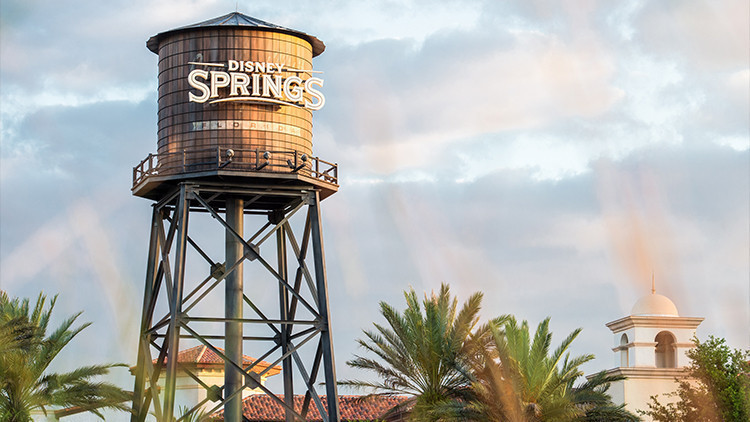 4 | Celebrate Quietly at Disney Springs | Even though there won’t be a nighttime spectacular on New Year’s Eve this year, Disney Springs is a wonderful way for families looking to celebrate on the quiet side this holiday. Since the park has extended its hours to 11:00 pm on December 31st, all the special holiday dining and shopping options will be open and ready for guests to visit late into the night. So, if fireworks aren’t on your family’s agenda, maybe a caramel apple or celebratory meal at the Rainforest Cafe is more your style! 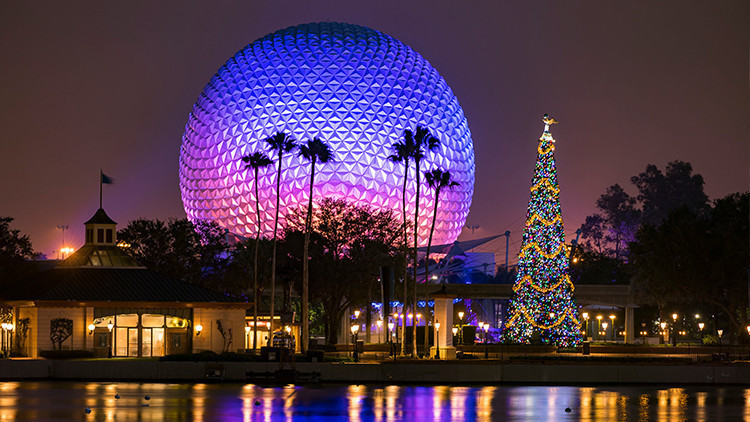 5 | Celebrations Around the World Showcase at Epcot | From Mexico to Canada, begin the new year as a world traveler…at Epcot at least! This New Year’s Eve, your family can dance into this next year when you enjoy musical entertainment from DJs at the American Gardens and the Future World Fountain Stages. Once you’re ready to see some lights in the sky, make your way over to the New Year’s Eve Countdown Fireworks, which will be shown twice throughout the night. Even though the schedule is still waiting to be determined, the park’s hours have been extended to be open from 10:00 am to 10:00 pm on December 31st so you can enjoy the wonders of the world late into the night! 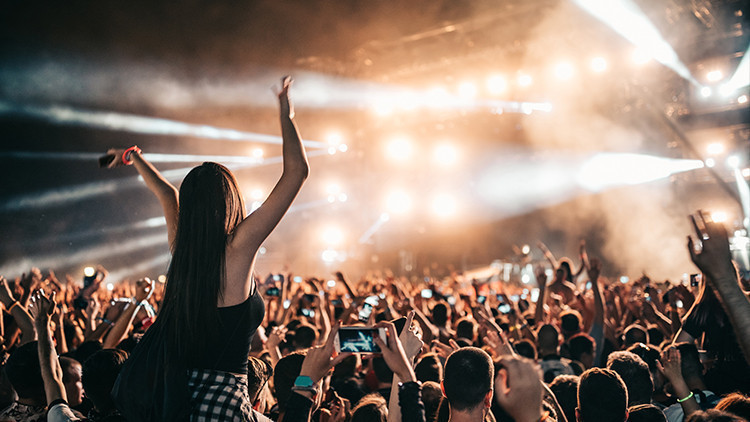 6 | Rocking New Year at Sunset Walk | Rock, don’t walk, into the new year when you take the party to the streets at the Sunset Walk Rocking New Year Concert & Street Party! Welcome to all ages, the outside concert is lined up with the multi-platinum recording artists, Collective Soul, and lead singer from the Rock n’ Roll famous Cheap Trick, Robin Zander. If you’ve always wanted the chance to rock out with your little ones or enjoy some of your favorite songs live with your family, here’s your chance! Once the clock strikes midnight, the street party will light up with a firework display and confetti storm! The event starts at 4:00 pm on December 31st and ends at 2:00 am on January 1st. This is one for those about to rock...the new year! 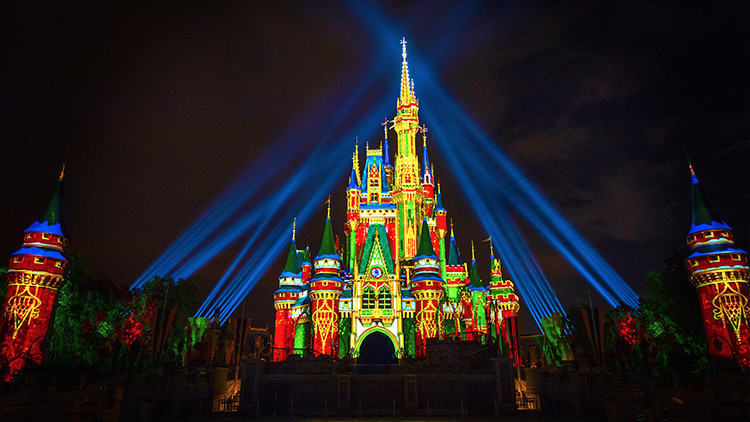 7 | Fantasy in the Sky Fireworks at Magic Kingdom | When it comes to New Year’s Eve firework displays in Orlando, the firework displays at Magic Kingdom are those of royalty, and this year is no exception! While there may not be the normal dance parties at Frontierland and Tomorrowland, magnificent fireworks are still planned to show above Cinderella’s palace on the eve of all things new. Even though the times for the two firework displays are still to be announced, the park hours have been extended from 8:00 am to 11:00 pm on December 31st, so there will still be some magic to be found into the night. But princesses still need their beauty sleep, even on New Year’s Eve! 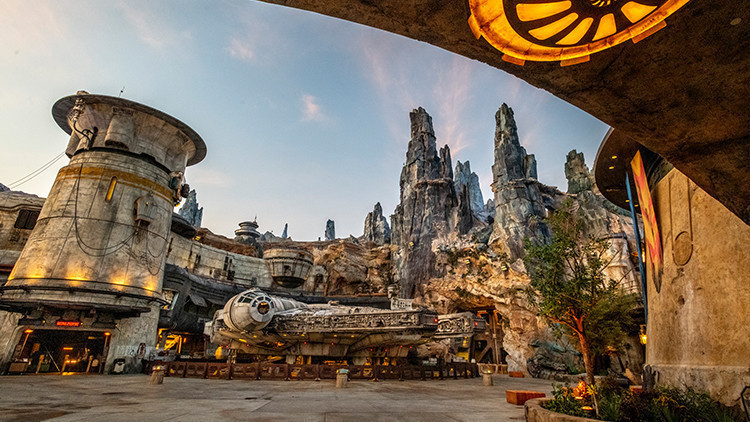 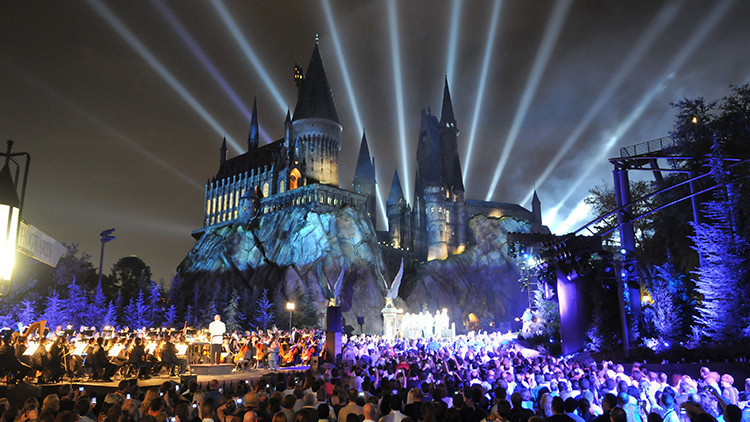 9 | Universal Orlando Resort New Year’s Eve | If Universal Studios is your family’s chosen venue to celebrate New Year’s Eve, then you’re in luck! While celebrating looks different at some of Orlando’s most famous institutions, Universal Studios is still bringing in the new year with a bang. Located throughout the park will be live music, party zones, character meet-and-greets, and of course, fireworks! Celebrating a holiday has never been such a blast! 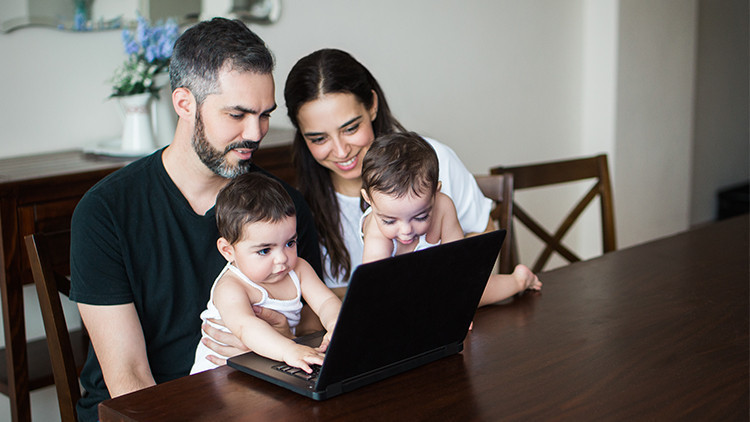 10 | Live Stream Orlando New Year’s Eve Celebrations | For the parents with children afraid of fireworks or those who don’t want to deal with the busyness that is New Year’s Eve, welcome another year from the comfort of your couch at home or your favorite Orlando resort! How you may ask? There are plenty of live webcams around the city of Orlando, as well as live cams at Disney, that will be capturing all the sparkling beauty in the night sky on New Year’s Eve. From Downtown Disney to ICON Park™, there won’t be a firework in the sky your family will miss!

Can you believe it? The end of the year is (finally) here! Make sure you start the new year off right and in Orlando, FL! From the endless kid activities in Orlando to exciting day trips from Orlando, there’s nothing the City Beautiful can’t offer your family this New Year’s Eve! But just in case you needed some help cementing your plans, we decided to shine a light on some of the best places to celebrate with your family! Whether it’s enjoying fireworks from your very own private balcony at your favorite Orlando resort or your family’s favorite theme park, this year is sure to be your year…fingers crossed!

Excited For New Year's In Orlando?

Love these super-sweet blog guides to local events going down in your destination of choice? Find out more about our incredible resorts in Orlando, discover Orlando getaway deals you've never seen before, explore an Orlando resort and spa that's to-die-for.... PLUS... read more great travel tips and guides to our destination cities on the best travel blog, all at these links! 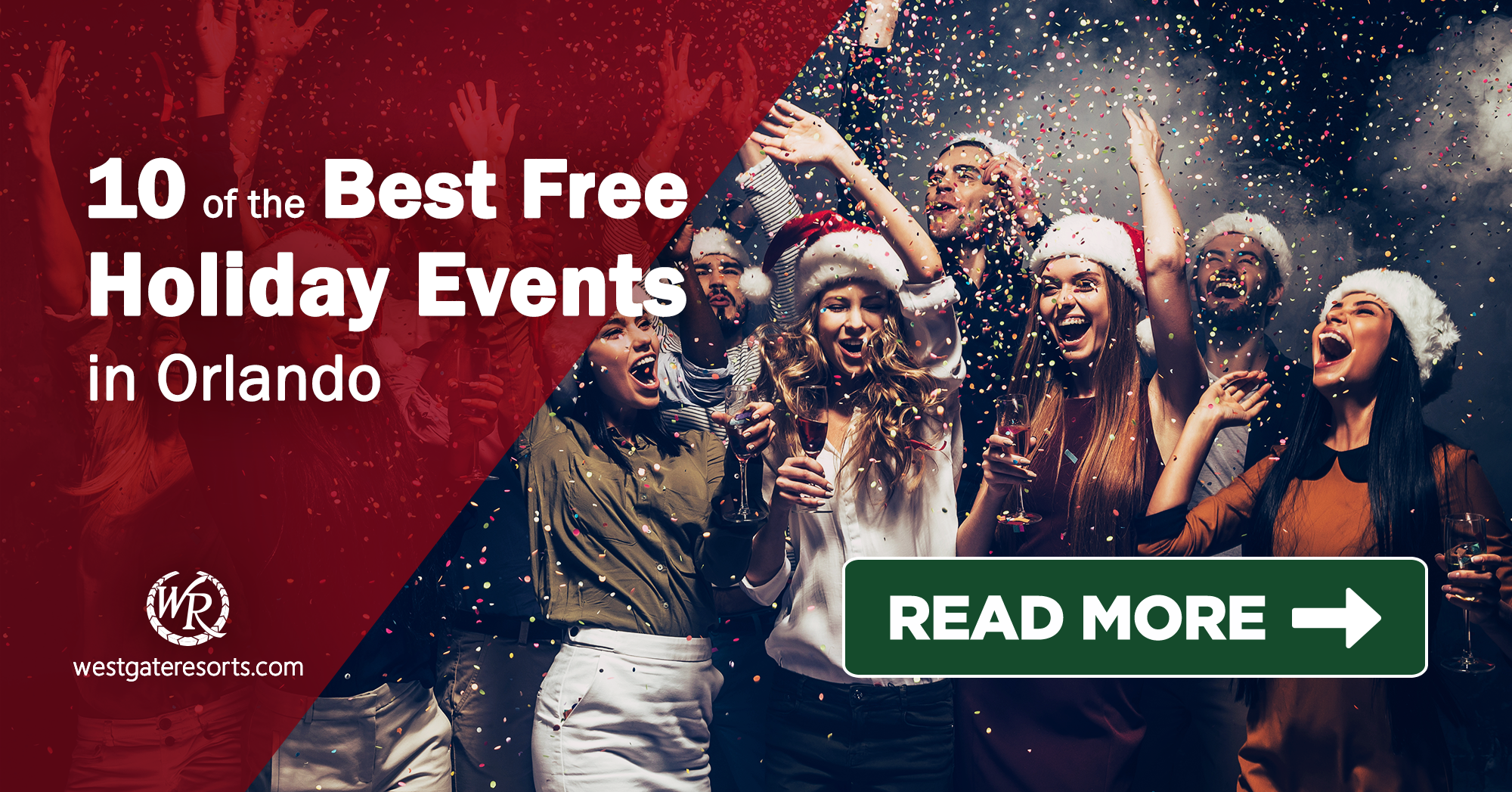