Three Westgate properties were recognized in the esteemed travel magazine’s “best of” list.

ORLANDO, Fla., October 9, 2020 – Condé Nast Traveler recently announced the results of its 2020 Readers' Choice Awards, recognizing three distinguished properties within the Westgate Resorts portfolio. Westgate Cocoa Beach Resort has been named one of the Top 25 Resorts in Florida and Westgate Las Vegas Resort & Casino and Westgate Park City Resort & Spa have both been named among the Top 35 Midwest & West Resorts.

“We are honored to have three of our resorts featured on such a distinguished list, “said David Siegel Waltrip, Westgate Founder, President & CEO. “It is a true testament to the unwavering dedication of our Team Members who work hard to make our properties the premier vacation destinations for our owners & guests.” 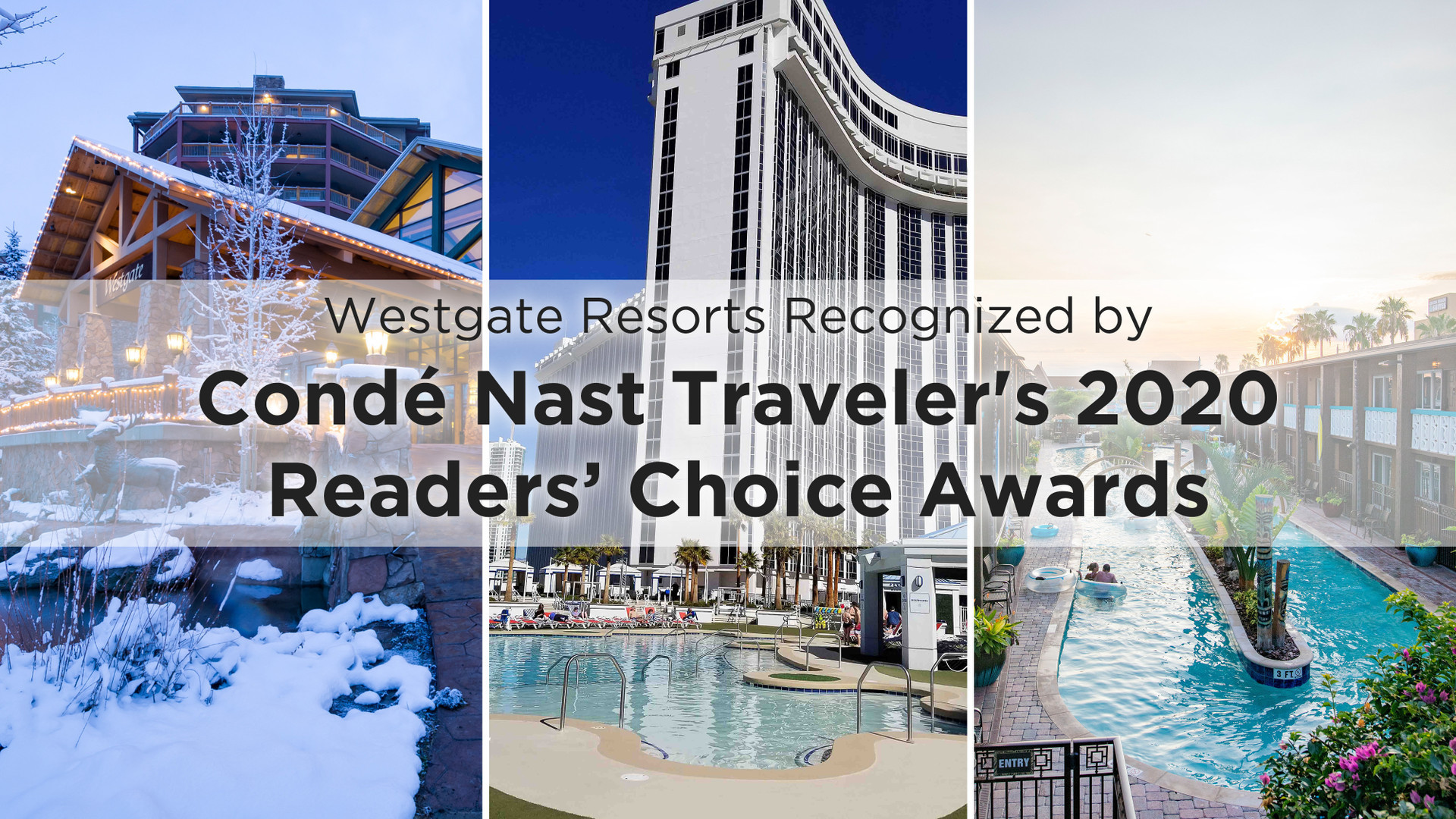 The Condé Nast Readers' Choice Awards are the longest-running and most prestigious recognition of excellence in the travel industry and are commonly known as “the best of the best of travel.” To read the full list of winners, please click here.

Westgate has achieved a plethora of awards in recent years. The company has been awarded a AAA Four Diamond at Westgate Park City Resort & Spa and was awarded 2020 Best of State Awards in seven categories, including “Best Ski Resort,” representing its eighth year in a row of achieving this coveted honor from the State of Utah. In 2019, Westgate Las Vegas Resort & Casino took home a record 23 of Las Vegas Review-Journal’s Best of Las Vegas Awards and Westgate Resorts was named Best Independent Hotel Brand at the 2019 American Group Travel Awards for the fourth consecutive year. In 2013 and 2014, Westgate River Ranch Resort & Rodeo was awarded the Gene Kilgore “World’s Best Ranches Award,” representing the very best of ranches and lodges across the country, from RanchWeb.com, the #1 website for dude ranch vacations worldwide.