"To us in America, the reflections of Armistice Day will be filled with solemn pride in the heroism of those who died in the country’s service and with gratitude for the victory, both because of the thing from which it has freed us and because of the opportunity it has given America to show her sympathy with peace and justice in the councils of the nations…" - President Woodrow Wilson, 1919

Ready for the backyard barbeques, joyous times with family and friends, and moments of reflection that come with Veterans Day at your favorite Westgate Resorts destination? While celebrating the Federal Holiday always comes with the promise of a relaxing day off to enjoy the weather and local activities, it’s important to remember why we celebrate the holiday in the first place.

There’s a lot of history behind the day and how it became a well-celebrated national holiday. If you’re looking to brush up on your Veterans Day knowledge or teach your young ones about important U.S. history, check out these 10 Veterans Day Facts You’ve Probably Never Heard Of below! 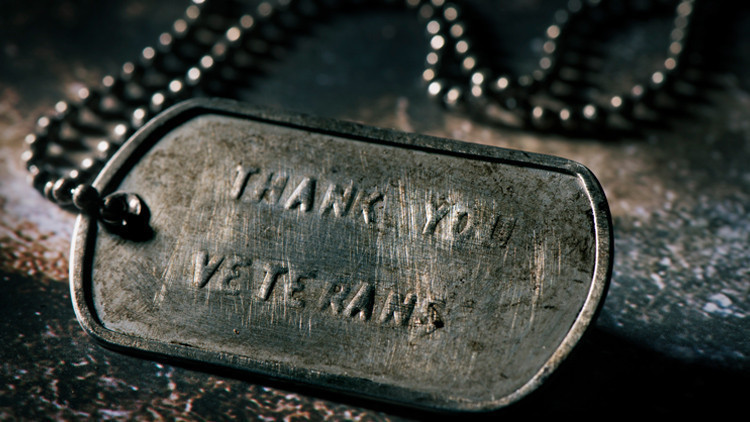 1 | What Is “Armistice Day” | Believe it or not, Veterans Day was once named Armistice Day! Created to commemorate the official end of World War 1, known as the “Great War,” the holiday originated as Armistice Day on its first official anniversary on November 11, 1919, when the Treaty of Versailles was signed to signal the official end of the war after a year of truce. In 1926, Congress passed a resolution for an annual observance of the holiday, and November 11 officially became a national holiday in 1938. Thanks to President Dwight D. Eisenhower, Armistice Day was officially changed to Veterans Day in 1954 to honor all U.S. veterans, not just the soldiers who fought in World War 1. I’d say that was very thoughtful of our 34th president! 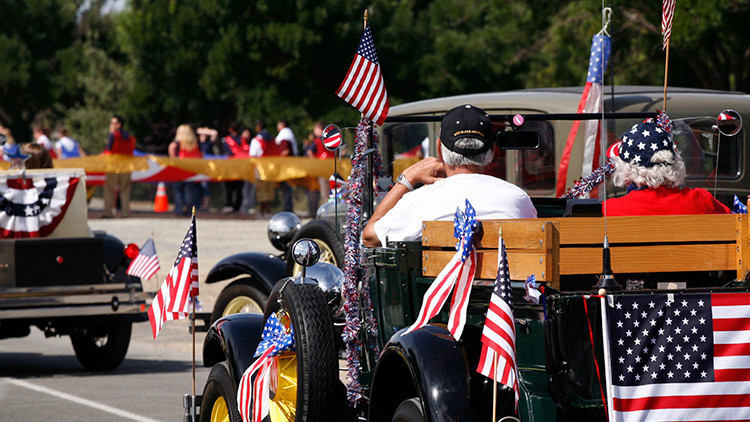 2 | Who Does Veterans Day Honor? | As you may know, Veterans Day is a national holiday that commemorates veterans of all wars. Sometimes confused with Memorial Day, which honors U.S. soldiers who fell during their service to their country, Veterans Day celebrates the life and the sacrifice of military veterans and their families. While the holiday pays tribute to all American veterans, alive or fallen, it especially honors veterans who served honorably during both peacetime and war. 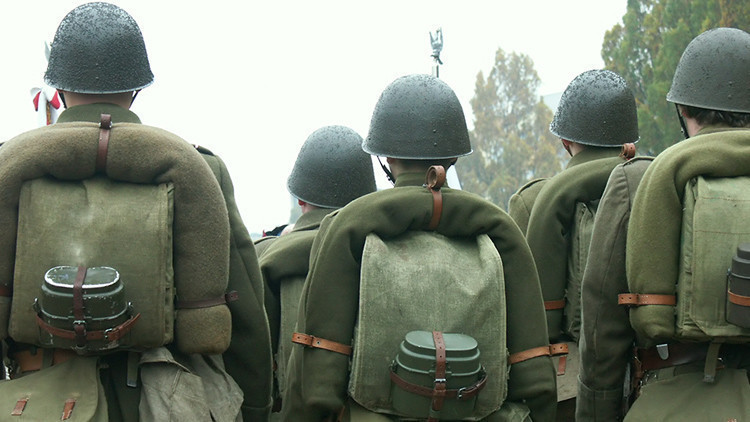 3 | The Three 11’s | The date is easy to remember because it’s celebrated every year on November 11! This date was chosen to honor the eleventh hour of the eleventh day of the eleventh month of 1918, which signaled the end of the Great War. If that’s not enough 11’s for you, General George Patton, the well-known World War 2 general, was also born on November 11. Talk about a trend! 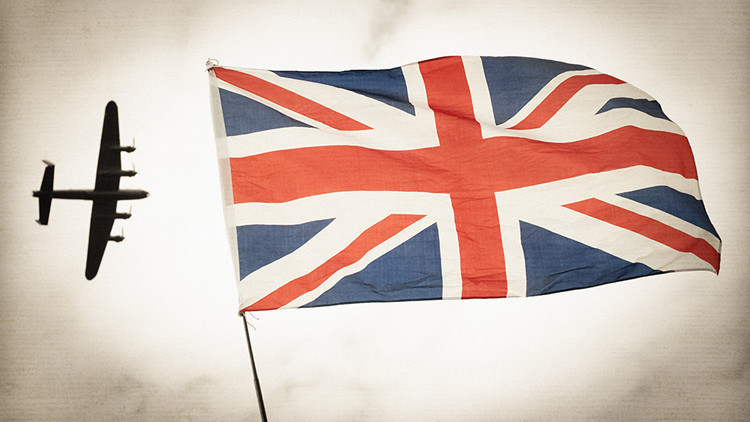 4 | It’s Not Only a U.S. Holiday | Along with America, other countries that fought in World War 1 and World War 2 also commemorate the veterans who fought bravely for their country. Great Britain, France, Australia, and Canada all celebrate the holiday in their own unique way. Canada refers to the holiday as Remembrance Day, where the red poppy is adorned as a symbol to remember the deceased. Australia also calls the holiday Remembrance Day, but the day is more similar to our Memorial Day. Britain has Remembrance Sunday, which occurs on the second Sunday of November. Along with the U.S., a two-minute moment of silence is observed at 11 a.m. every November 11 in Europe, Great Britain, and Commonwealth countries. 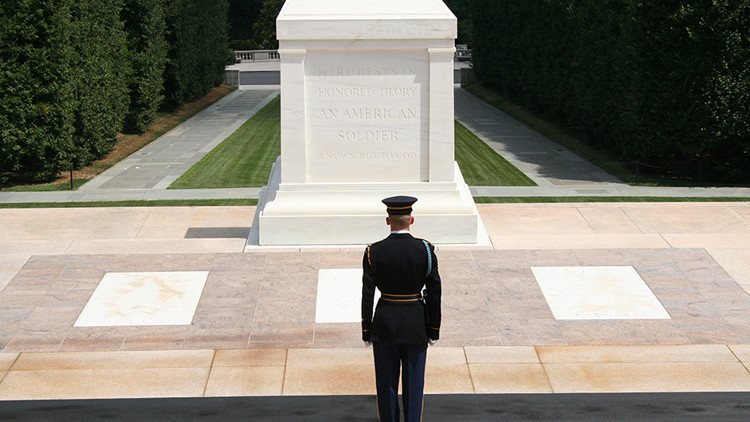 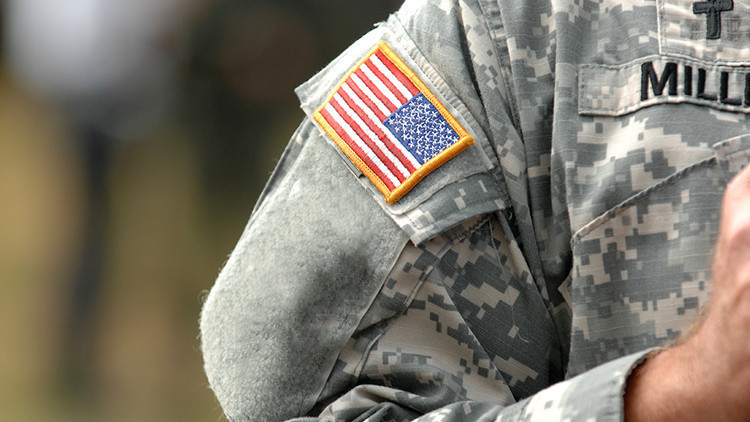 6 | Talk About a Date Changer | While the national holiday was initially held annually on November 11, the date changed momentarily from 1971 to 1977! In 1968, the “Uniform Holiday Bill” was put into effect, which changed Veterans Day from a set annual date to being celebrated on the fourth Monday of every October. The date was changed so that Federal employees would have a three-day weekend to observe the holiday. Officials thought this would encourage families to travel, which would stimulate the industrial and commercial industries. However, some Americans continued to observe the holiday on its original date, November 11, while others adapted to the new holiday date. The change of date led to confusion of the day to celebrate Veterans Day, and in 1978, President Gerald R. Ford switched the official Veterans Day date back to November 11. 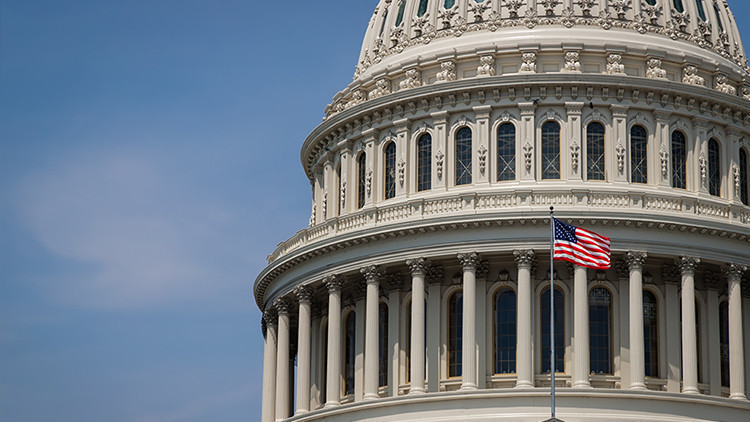 7 | It Has a Holiday Committee | Did you know Veterans Day has its very own Committee? Beginning in 1954, President Eisenhower established the Veterans Day National Committee, a group comprised of leaders of veterans’ groups nationwide. The recognized committee meets several times annually in our capitol, Washington D.C., and plans exciting activities and events to honor U.S. veterans on Veterans Day. Along with planning the holiday events, the committee is dedicated to the education of the national holiday and especially caters to teaching younger generations about the importance of the day. Every year, the committee selects a national Veterans Day poster. Elementary and middle school students can even get involved through the annual National Veterans Day Poster and Essay Contest run by the Paralyzed Veterans of America. 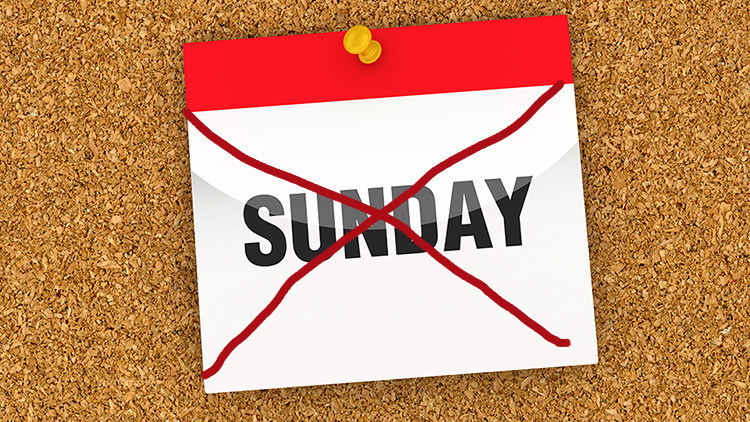 8 | Never on a Sunday | Since Officials recognize many workers, especially in the veteran community, enjoy having an entire day off to observe the holiday, the date of Veterans Day can be adjusted so U.S. citizens and veterans can look forward to a day off every year. If November 11 falls on a Sunday, they will move it to the following Monday. In return, if it falls on a Saturday, the holiday may take place on a Friday before or remain on a Saturday. Many companies will even give employees a floating holiday if Veterans Day occurs on the weekend so they can enjoy a three-day weekend with their loved ones. 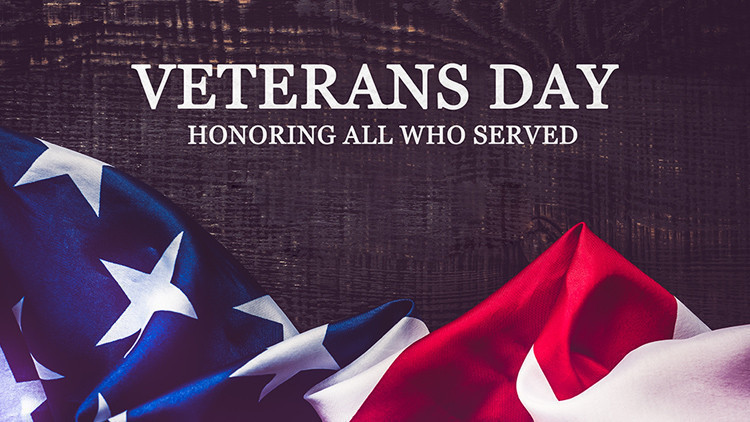 9 | Psst...It’s On Purpose | While it might be frustrating for grammar nerds, the missing apostrophe isn’t a mistake but intentional! The U.S. Department of Veterans Affairs states it’s not the veteran’s day but a day for honoring all U.S. veterans in a general sense. If it were a day for honoring one veteran, the apostrophe would make absolute sense! But since it’s in honor of all veterans of military service, the apostrophe isn’t needed. Sorry, apostrophe! 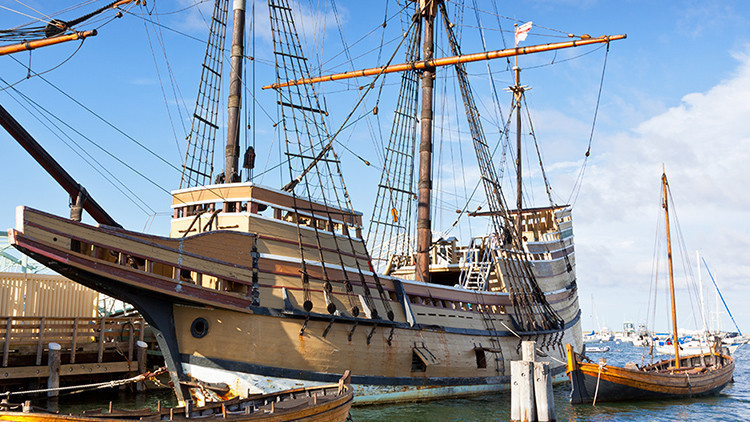 10 | Wait, It Was Almost Called What? | As if the holiday originally being named Armistice Day wasn’t confusing enough, the original name was very close to being changed to “Mayflower Day!” Once it was known that the holiday would commemorate veterans of all wars and not solely World War 1 and be renamed Veterans Day, not all agreed with the new holiday. A group led by Dr. Francis Carr Stifler of the American Bible Society believed that since November 11 was also the same date when the Mayflower Compact was signed in 1620, the official holiday should be named “Mayflower Day.” The group argued that the historic compact started the groundwork for all U.S. documents, including the Bill of Rights and the Declaration of Independence, and represented the country’s democracy and unity during a crisis. However, it was never implemented as it was agreed upon that the name and idea of “Mayflower Day” would take the focus from veterans…which, well, was the entire point of Veterans Day!

Did you know that the first Veterans Day parade was held in Birmingham, Alabama, in 1947? How about that as of 2018, 18.2M living veterans served in at least one war? While it might not seem like it, American history is fascinating and all around us! So, while you’re making memories on Veterans Day with your loved ones at your favorite Westgate Resorts property, be sure to remember these 10 Veterans Day facts you probably didn’t know until now! If you’re looking for more information on holiday events happening near you or just need some inspiration for your Veterans Day travels, be sure to check out the Westgate Resorts Travel Blog. Oh, and Happy Veterans Day! 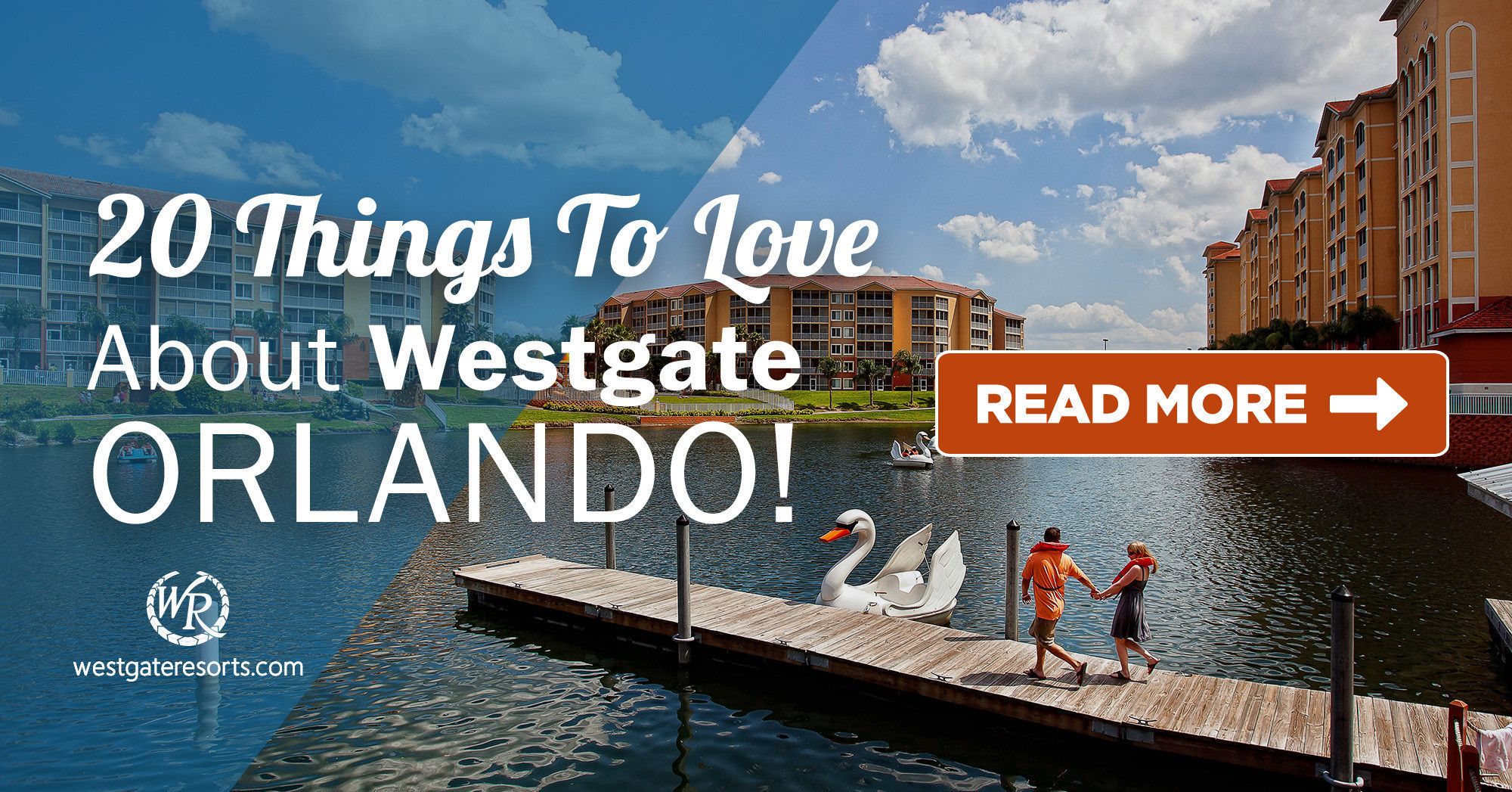