10 of the Best Breakfast Places in Las Vegas

“All happiness depends on a leisurely breakfast.” – John Gunther

Breakfast is the most important meal of the day. As such, one must treat it with the respect it deserves and strive to enjoy a breakfast of champions every morning. This isn’t difficult to do in Las Vegas, thanks to the city’s plethora of breakfast spots.

From bottomless Champagne to hearty burgers, flaky croissants, steak and eggs, French toast and fluffy scones, there’s no shortage of options for you to choose from. If nothing else, a Las Vegas breakfast is a great way to beat the morning-after blues after a long night of successful partying.

If Instagram-worthy food-porn that tastes as beautiful as it looks is what you’re looking after, you can rest assured that there’s a place to cater to your every desire.

After you've booked the flight, cozied up at the best hotel Las Vegas has to offer, hit a few of the extreme attractions in Las Vegas, and slung a few sheckels down the slots,... it's likely you've worked up an appetite. Oftentimes, it’s best to venture off the beaten path (aka “The Strip”) for a unique dining experience. A few minutes outside of the city are family-owned bistros and diner-style restaurants that serve generous portions of family-recipe inspired foods at reasonable prices. Your pocket and your stomach will definitely thank you after a visit to one of these Las Vegas breakfast hotspots.

But, if you want specifics on which restaurants, cafes and eateries to check out for breakfast in Las Vegas, then you can’t go wrong with the following selection.

1 | MTO Café | Ideally located in downtown Vegas, MTO Café is a casual restaurant that serves both breakfast and lunch. Its menu mainly consists of comfort food made from fresh, local ingredients. It’s close to the Freemont Street Experience, which is a great place to work up an appetite in preparation for delicious skillets, wraps and omelets. Once you’ve chosen from these three preparation options, you can add your preferred ingredients that include the Avocado with its house-made tomatillo salsa, jack cheese, jalapeno, cilantro, red onion and whole eggs. Or you could opt for the Denver that includes cheddar cheese, red onions, green and red bell peppers, diced ham and whole eggs. MTO Café may not have an Eggs Benedict but they do have an extensive selection of home-style favorites like skilled dishes and wraps.

2 | Jamms Restaurant | Drive west from the Las Vegas Strip and you’ll come across Jamms Restaurant, a small eatery located in a small strip mall. It’s always packed thanks to scrumptious home-style meals that never cease to delight customers. It’s the perfect vacation eatery because it gives you the opportunity to really dive into the local cuisine with hopeless abandon. Think the classic Pot of Bread, waffles, omelets, sandwiches, burgers and skillet meals. Although lines can be long, the service is quick and waiter friendly. Apart from the great food and service, Jamms is known for being reasonably priced with a family-friendly vibe that attracts visitors from far and wide.

3 | Tableau | The Tableau is known for its chic style and tranquil ambiance. But, their breakfast and lunch menu is really where it’s at. It opens its doors every day at 7 AM. Breakfast options are varied and include fruit, smoothies, juices and American-style fare such as the Tableau Breakfast, which consists of three eggs, pastries, toast, potatoes and bacon. There are four different renditions of the Eggs Benedict to choose from including two seafood options with smoked salmon and filet and crab, a vegan option, as well as one with ham. The lunch menu mainly consists of sandwiches, burgers, soups, and salads.

4 | Mon Ami Gabi | Mon Abi Gabi is the perfect place to go for some quality people-watching. But, aside from their ideal view and location, their food is nothing to scoff at either. No matter what your preferences are, Mon Ami Gabi promises to satisfy them. Their menu includes an extensive selection of fruit and cereal options that includes 10-grain oatmeal, organic vanilla yogurt parfait, Ruby Red Grapefruit and Fresh Fruit Salad. For a heartier breakfast, the eggs can be prepared according to your mood, whether you’re in the hankering for sausage and bacon, omelets, steak and eggs or gluten-free Eggs Benedict. The full breakfast menu leaves no stone unturned, with other options being crepes, pancakes, waffles, quiche and croissants. Beverages include fresh juices, cappuccino and espresso.

5 | Egg & I | Known for its extensive breakfast and lunch menu, this casual restaurant chain has several locations throughout the city. Those who’ve tried their breakfast options say the blueberry pancakes and omelets are some of the best in the city. Thanks to their Habla Diablo seasoning, everything here tastes great – from Bloody Mary’s to baked potatoes. Flavor is the name of the game at this eatery, as evidenced by their adventurous “Eggs Ole!” breakfast menu section, which is dedicated to Hawaiian Style dishes, three different types of burritos and a breakfast tostada. Or, you could stick with old classics like omelets, country fried steak, steak and eggs, Eggs Benedict, Skillet breakfasts biscuits and gravy, as well as savory and sweet crepes. The lunch menu is peppered with salads, sandwiches, homemade chili and burgers, to name but a few options.

6 | Mr. Mamas | Once you’ve seen most of the Strip and are ready for a hearty breakfast or lunch, head west to Mr. Mamas for some traditional American fare. Options here include wraps, pancakes, salads, eggs and bacon, burgers and omelets, all of which are served in generous portions for reasonable prices. But, just because the food is cheap doesn’t mean that it isn’t well-made. Expect good quality ingredients with pancakes that are made from scratch, fresh burgers made according to your preferences and each omelet is made with four eggs – no skimping here! The décor is inviting with a casual atmosphere that works for the whole family. The staff is friendly and efficient, which means you won’t have to wait long for your meal to arrive.

7 | The Broken Yolk Café | This San Diego classic is new to the Las Vegas Strip but has quickly etched itself in the hearts and minds of local and tourist foodies. This is all thanks to its signature breakfast and lunch dishes that are prepared according to Southern Nevada traditional recipes. It’s ideally located next to the Town Square shopping center, which is close to the strip. The Broken Yolk serves a lot of old favorites with a twist, including Eggs Benedict, Mexican-inspired dishes, waffles, omelets and more. Come around lunchtime for a sandwich or a burger. Beverages on offer include juice, tea, coffee, Bloody Mary’s, beers, mimosas and, of course champagne. Hey, if you can’t have champagne for breakfast in Vegas, where can you do it!

8 | Eat | Eat is all about preparing good food made with love to be enjoyed in a great ambiance for the folks of downtown Las Vegas. Their breakfast and lunch menu is prepared with the guidance of head chef Natalie Young, whose menu is as scrumptious as it is soulful. Take their golden-brown pancakes, for example, which are topped with chicken apple sausage and maple syrup; or the decadent truffle egg sandwich with its duo of scrambled eggs, feta, bacon, and onions. Then there’s Chef Young’s Huevos Motulenos, which is made with over-easy eggs, sautéed bananas, feta, peas, black beans and chilies. Of course, this wouldn’t be a soulful restaurant without some shrimp and grits. Eat is also one of the first restaurants in Las Vegas to offer a menu made entirely out of fresh, sustainable, organic and locally sourced ingredients, and it continues to operate by that ethos to this day.

9 | Bouchon | Bouchon is headed by Chef Thomas Keller, who serves up delicious and aesthetically pleasing French bistro-style eats. The restaurant is located at the Venetian and has won many awards for its amazing breakfast menu. However, Boucher has a very extensive menu that offers a modern take on breakfast favorites like Eggs Benedict. Theirs is the Oeufs Benedict, which is made with country bread and smoked pork loin. Then there’s the Hachiz de Merguez, which is made with eggs, house-made merguez sausage and hash. Bouchon offers a plethora of delicious dishes, from a full breakfast with all the trappings, meat, eggs and potatoes to freshly baked pastries accompanied by world-class coffee or tea.

10 | Peppermill Restaurant | Founded in 1972, the Peppermill Restaurant has remained the same through all the changes that the Strip has gone through. It still has that classic Vegas feel and serves up a hearty breakfast with options that include turkey sausage, ham, eggs, chorizo, bacon, sausage, hash browns and bread. Their biscuits and gravy and Eggs Benedict still follow the original recipe, while their Munch’s Breakfast is something to write home about. It includes peppers, cheese, eggs, hash browns, tomatoes, mushrooms, sausage and onions. Waffles, pancakes and omelets are also available, and they actually make their Bloody Mary from scratch.

Last Tips on the Best Breakfast Places in Las Vegas

Las Vegas truly is the city that has it all – premier entertainment, outdoor entertainment, world-class resorts and top-class dining establishments that serve a variety of breakfast options to meet every need.

If you find yourself in Sin City, be sure to check out our list of the top breakfast places in Las Vegas. And while you’re at it, look into the best Las Vegas hotel deals, as well as the most spectacular Las Vegas shows and entertainment. 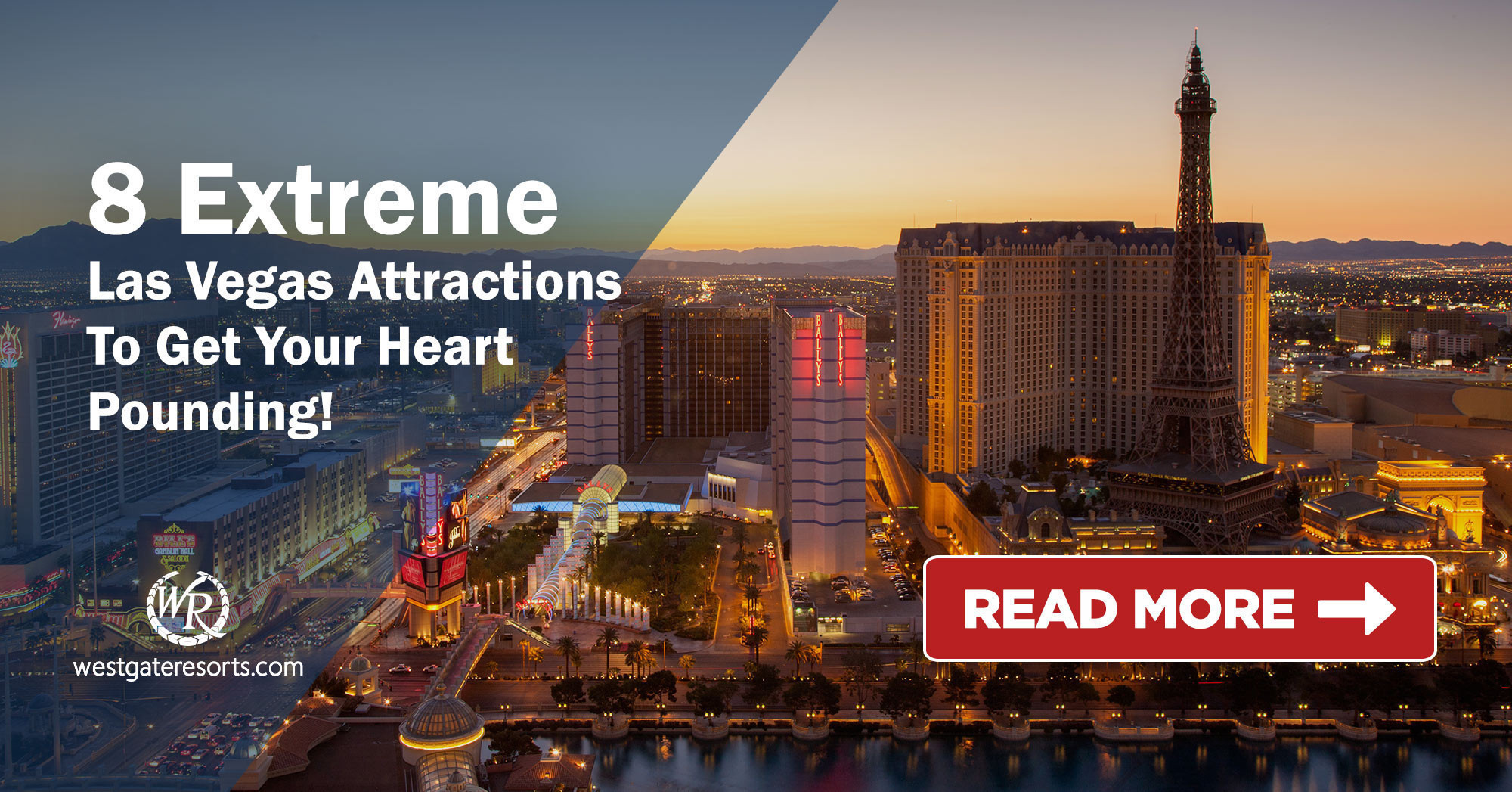