First Two Guests Are Paying $6.25 per night, the same rate they paid while Honeymooning at the Hotel in 1945.

Each of the newly renovated and redesigned guest rooms at Westgate New York Grand Central feature Herringbone wood flooring, refreshed painting, all-new, period-specific art deco furniture and artwork throughout, as well as updated lighting. The legs of the in-room desk are even made to look like an old radiator. The goal of the renovation was to provide modern amenities while maintaining the charm of Tudor City circa 1930. A true rarity in the city, the Luxe King Balcony rooms allow guests to step outside for fresh air and experience unparalleled views of the city and Manhattan’s East River. 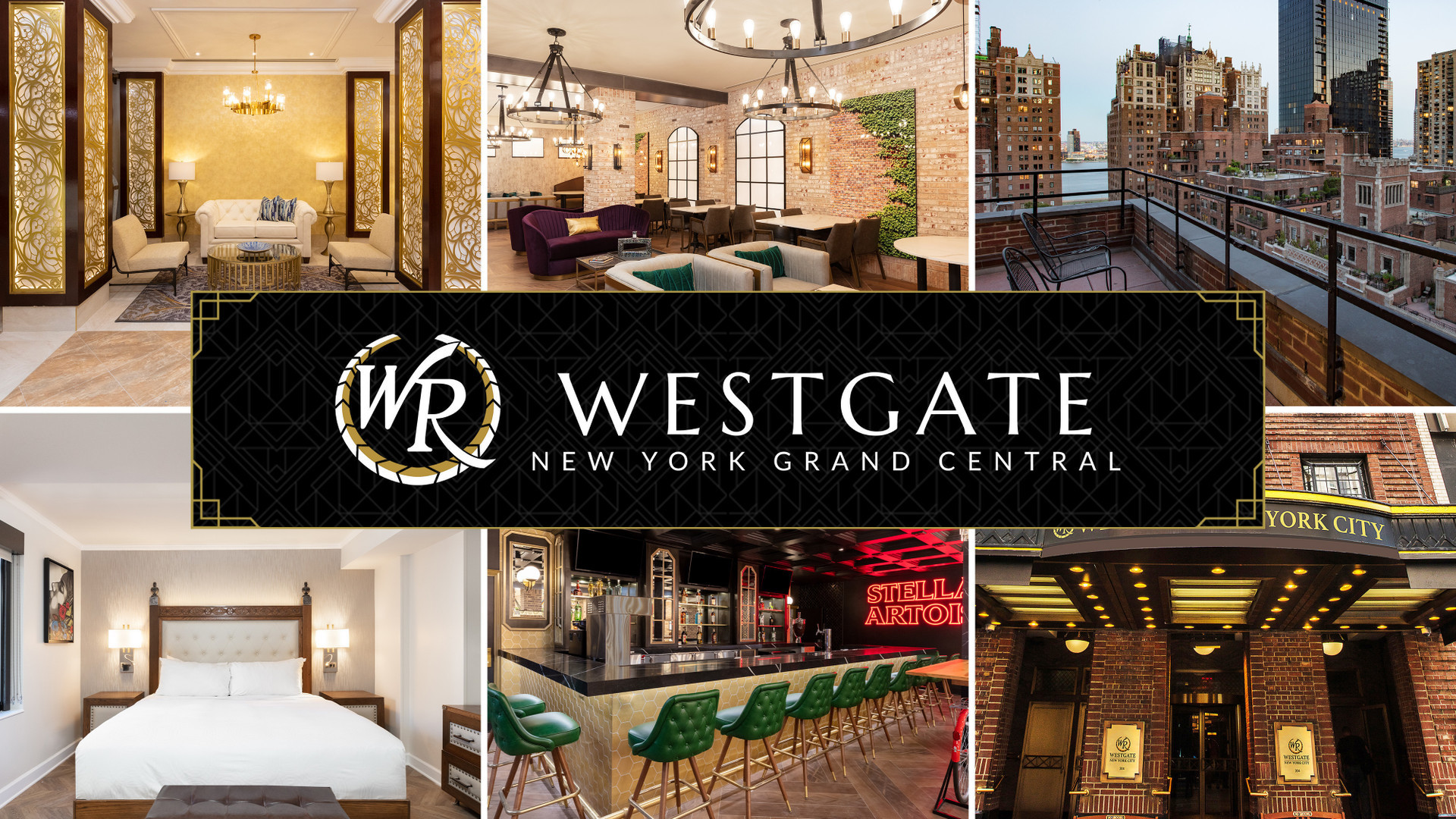 “The goal of the comprehensive renovation of this historic hotel was to modernize the property’s amenities while staying true to the art deco design and paying homage to the rich history of Tudor City, Manhattan,” said Mark Waltrip, Westgate’s Chief Operating Officer. “By incorporating industrial design elements, the property maintains a timeless and classic aesthetic that is newly revitalized with a modern touch of luxury.”

To commemorate the grand reopening of Westgate New York Grand Central, Westgate has invited back as its first guests a couple who honeymooned at the property in 1945 to help them celebrate their recent 75th wedding anniversary. After meeting in Brooklyn, Maurice and Sally Goller tied the knot in a hall above an NYC delicatessen in 1945, and enjoyed their honeymoon at the legendary Hotel Tudor (now Westgate New York Grand Central) that same year. The hotel bill was $6.25 per night – a rate that Westgate will be honoring each year the couple returns to celebrate their nuptials.

Additionally, Westgate is extending the opportunity to experience Westgate New York Grand Central for the 1945 rate of $6.25/night to twenty (20) guest parties, for stays (up to three nights) and parties of up to two guests in a Luxe Queen Room by entering the official NYC: A Love Story Contest. Entrants will also be eligible for a special grand prize of a 4-day/3-night stay, including a $200 resort credit, to Westgate New York Grand Central.

ABOUT THE GOLLER FAMILY

Sally & Maurice Goller’s legacy of travel is carried forward by their granddaughter and grandson, Abigail Lehman & David Lehman, co-founders of Photo Start, an organization committed to making a difference in the lives of children in distressed areas by teaching them life skills through photography. Learn more about Photo Start’s mission here.