“Too much of anything is bad, but too much good whiskey is barely enough.” – Mark Twain

Although Utah has been known in the past for some rather arcane drinking laws, it may come as a surprise to many that Mormon settlers in the mid-1800s made their own brand of whisky known as “Valley Tan,” which was “made of (imported) fire and brimstone,” according to America’s best humorist Mark Twain. Also, in 1933 the Beehive State actually became the 36th and deciding state to ratify the repeal of the 18th Amendment, thereby ending Prohibition (America’s “Noble Experiment”) once and for all.

In addition, the craft distillery trend (approximately 2,000 distilleries are located throughout the United States today) has taken off here in a big way with a growing stable of many nationally and internationally recognized brands being distilled at award-winning craft distilleries throughout Utah. It all started with the opening of High West Distillery in Park City 13 years ago and has rapidly branched out throughout the Beehive State. Many of these Utah distilleries in the Park City area offer free tours and tastings (some by appointment only), as well as sometimes being the best restaurants Park City has to offer, with terrific onsite retail stores included. Here are 12 Park City distilleries to de-stress your day:

1 | High West Distillery & Saloon | “Truly Unique Distillery in the Mountains.” When High West Distillery first opened its doors within a historic saloon and livery stable in 2006, the Park City distillery became the first legal whiskey distillery in Utah since 1870. Starting out with a 250-gallon still, High West has since evolved into an award-winning, internationally recognized brand. For example, the distillery was named 2016 “Distiller of the Year” by Whisky Advocate magazine. In addition, High West was listed at No. 5 on Esquire magazine’s 2019 list of the “Best Whiskey Distilleries in America.” The High West Saloon on Park Avenue itself claims to be the “world’s first ski-in gastro pub.” Free scheduled tours and whiskey tastings are available (for ages 21 years and older only) of both the historic Saloon and the new state-of-the-art High West Distillery that opened at 27649 Old Lincoln Highway in Wanship in 2015. Since tours fill up quickly, make sure to reserve a spot online well in advance. In addition, The High West Saloon is the perfect locale to relax and unwind after a fun-filled day skiing down the Park City slopes.

The 8 Best Coffee Shops In Park City Utah This Winter

20 Things You Didn’t Know About the Sundance Film Festival

2 | Alpine Distilling | “Park City’s Premier Locally Owned and Operated Craft Distillery.” A premium craft distillery, Alpine Distilling opened in 2016 and specializes in the production of flavored cordials. Alpine is located in Park City’s Silver Creek neighborhood just off I-80 and features a tasting room downstairs. For more information about Alpine’s “Gin Experience” tastings and tours, visit the distillery’s official website. In addition, Alpine recently partnered with 350 Main Brasserie to pair its spirits with new menu items at the eatery. By the way, a portion of all proceeds from Alpine Distilling goes toward local nonprofits Park City Community Foundation and Swaner Nature Preserve.

4 | Outlaw Distillery | “The Finest Quality Hand-Crafted Spirits.” Based in Midvale, Utah, and nestled in an industrial office park, Outlaw Distillery pays tribute to Utah’s Wild West heritage (legendary outlaws Butch Cassidy and the Sundance Kid had various hideouts in Utah) with the production of handcrafted whiskey, fine rums and moonshine. Tours and tastings of the Outlaw Distillery are available by appointment Tuesday through Saturday between 10 AM and 7 PM (see official website for more information).

6 | Dented Brick Distillery | “Raw Materials. Artesian Water. Pure Quality.” Known for its fine vodka, gin and rum products, Dented Brick Distillery is located on the former property (complete with its own artesian water well) of one of Utah’s first distillers, an 18th-century settler named Hugh Moon. So, what’s with the quirky name of this Utah distillery? According to the official website, “Legend (and newspapers) has it that during a gunfight on the front porch the flying bullets that didn’t hit (and kill) the owner did indeed ‘dent the bricks’ of his house.” Distillery tours ($5 per person) and tastings ($5 per person) can be scheduled in advance online.

8 | Hammer Spring Distillers | “Distilling the Finest Quality Spirits and Liqueurs.” Founded in 2016, Hammer Spring Distillers is an eclectic Utah distiller that produces gin, coffee liqueur (made from locally roasted beans) and the only potato vodka distilled in the Beehive State, as well as whiskey pancake syrup. A percentage of all sales for Hammer Spring’s HIDDEN Vodka goes to benefit organizations combating human trafficking. Tours and tastings of Hammer Spring are available by walk-in or appointment (check online for up-to-date hours).

9 | Distillery 36 | “Innovators of the Highest Standard.” Located in West Valley City, a suburb of Salt Lake City, Distillery 36 (AKA “D36”) specializes in producing handcrafted spirits featuring Brigham Rum. The distillery is dedicated “to perfection, hard work and handcrafted recipes.” By the way, the name Distillery 36 refers to Utah being the critical 36th state to ratify the repeal of the 18th Amendment, which ended Prohibition in 1933. Tours of the Distillery 36 facility are available (schedule in advance online).

10 | Holystone Distilling | “Luxury Distilled.” A nautical-themed Utah distillery, Holystone Distilling specializes in innovative spirits and was named for the sandstone traditionally used by the U.S. Navy to scrub the wooden deck of ships. According to the official website, “Holystone is devoted to creating an enthralling experience, from looking at our bottles, drinking our spirits, to visiting our distillery.” By the way, one of the co-owners of Holystone, Ethan “Chainlink” Miller, also founded the Distiller’s Guild of Utah. Holystone is open on Fridays and Saturdays from 11:30 AM to 7 PM for tastings and retail sales.

12 | New World Distillery | “Bringing the Spirits of the Past Alive in Your Glass.” Conveniently located near both Snowbasin and Powder Mountain ski resorts in the charming Utah resort town of Eden, Utah, New World Distillery first opened its doors in 2016 and specializes in the distilling of vodka, gin and agave spirits. New World offers tastings and sales Tuesday through Saturday from 11 AM to 6 PM and scheduled tours on Friday and Saturday (book in advance online).

If you dove into this list of distilleries but you're more into the WHERE than slogging through the finer points of prohibition and places, then you'll want to skip to this handy distillery map, so you can get going with your evening, or afternoon (hey, we're not judging) on the town. Here's a map of all the Park City distilleries you could possible crawl your way through in a hipsetting, high ball extravaganza:

Beyond the Distilleries – More of Park City, Utah

Whether flying solo or part of a group, keep reading other useful articles about amazing things to do in Park City, right here on our travel blog! 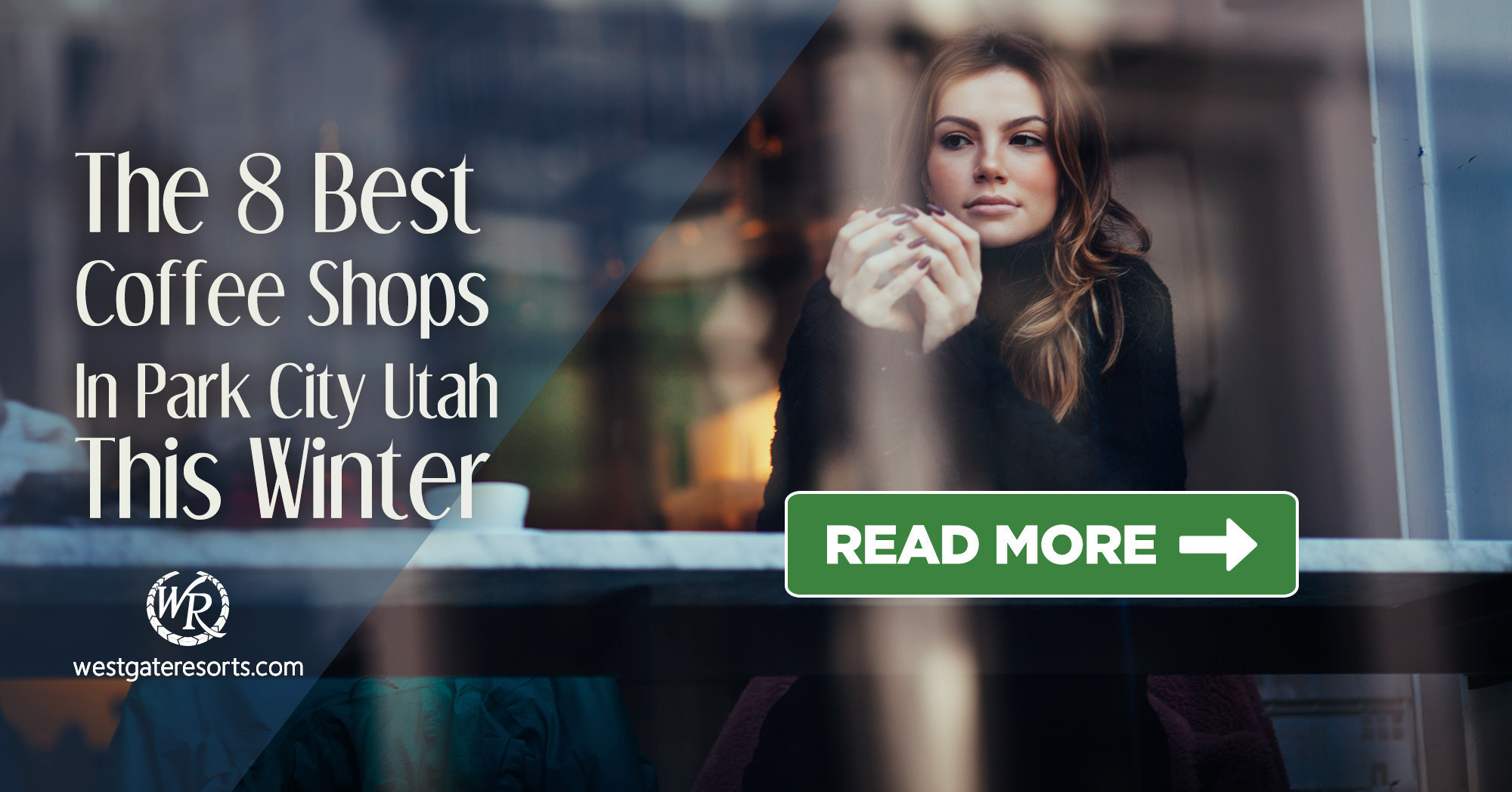 * Westgate Resorts is in no way affiliated with the attractions or events featured in this article. Events listed are current as of the publishing date of this article. Please call or visit the respective website for the most up-to-date offerings/details.