Discover 4 Aladdin Attractions to Get You Ready for the Live Action Movie Release!

Families across the globe know that of all the things to do in Orlando, the Disney World theme parks are a dream vacation destination. Enchanting stories that have captivated us since childhood come to new life and create magical memories that last a lifetime.

Children and adults alike come to Disney World for memorable encounters with unforgettable characters, unparalleled experiences on world-famous attractions, and transports you to a place where imagination is the most important accessory of your family vacation. It’s a celebration of everything people love about Disney.

Disney’s Aladdin first played to critical and audience acclaim as a 1992 film, the 31st animated feature released by the studio. It was warmly embraced and became one of the modern-day classics in the vein of The Little Mermaid and Beauty and the Beast. Featuring Disney’s first princess of color, Princess Jasmine was based on a princess character who appears in the Middle Eastern

Aladdin later dazzled audiences with a 2011 Broadway musical adaptation that featured expanded music that included in original ideas from legendary composer Howard Ashman, in addition to the renowned work of Alan Menken and Tim Rice. This smash hit is still running in the legendary New Amsterdam Theater in New York City, and touring the world with stops through North America, the United Kingdom, Germany, Japan, and New Zealand.

It’s been nearly 30 years since audiences first fell in love with Aladdin, and now it’s about to delight audiences with a whole new world through a live-action film sure to delight fans of all ages. Featuring the inimitable Will Smith in the signature role of the Genie, that was first made famous by Robin Williams in 1992, Disney fans and general audiences alike are anticipating their return to Agrabah in a way they’ve never seen before!

These four Aladdin attractions at Disney World theme parks in Orlando, Florida will get you ready to get reacquainted with the wonderful characters and locations from those Arabian nights and Arabian days. Princess Jasmine and Aladdin are ready and waiting for you to join them at “The Most Magical Place on Earth,” where dreams really can come true.

The Walt Disney World Summer Events Schedule For 2019 You've Been Waiting For!

The 10 Best Breakfasts in Orlando on International Drive

Located right by Pixar Place and next to the new Toy Story Land, Walt Disney Presents is an interactive gallery and self-guided tour like no other in the world. Walk through an amazingly curated series of exhibits and see the craft behind the magic that will appear on screens worldwide as Aladdin returns to theaters with a new live-action film.

The Walt Disney Presents attraction regularly includes the 15-minute film Walt Disney: One Man’s Dream. This fascinating film features rare audio recordings, historical footage, and select moments from home movies to communicate the essence of a man whose imagination and dreams were the blueprint for a destination which sparks the creative impulse of people across the world, from young to old. For special occasions like the upcoming release of the live-action Aladdin, you can catch exciting preview footage that will get you excited for this thrilling new take on the classic tale.

If you time it right, you could even meet a character right out of the movies! Check the in-park guides and the MyDisney app for schedules of appearances and showtimes.

The Magic Carpets of Aladdin Attraction at Magic Kingdom® Park!

Take your very own magic carpet ride on The Magic Carpets of Aladdin attraction at Magic Kingdom® Park! One of the more popular attractions at the park, get a whole new fantastic point of view as you soar through the air, giving a fantastic perspective of the legendary lands and attractions around you. Little ones have been known to shout with delight as they realize their dream of flying above the park.

Guests in the front row of their carpet will be able to control how high or low the carpet flies, taking it high above the crowds, or down by for a quick wave hello to those waiting in line. It’s a spectacular way to travel, and an even better way to experience the thrill of a magical journey.

For another type of excitement, guests in the back row can tilt the carpet forward or backward as it flies. Work together with the riders in the front for a fun flight experience or try to surprise each other with unexpected dips. It’s an exciting way for the whole family to safely soar through the skies.

You just might find yourself riding The Magic Carpets of Aladdin twice, so you can experience both ways you can control it. And just like in the movie Aladdin, watch out for the camels…they like to share a blast of cool water when you least expect. It can be a welcome refreshment during a sunny day at the park, but surprising just the same!

You can always count on shining, shimmering, and splendid experiences while you’re exploring Disney’s EPCOT®. The Experimental Prototype Community of Tomorrow was born from a dream that Walt Disney had, to build a community where people could live and work while being introduced to new ideas and systems. EPCOT® is a wonderful way for you to sample cultures from across the globe, indulging in the customs and innovations that make us all unique, while celebrating all that which brings us together.

As you prepare for the new live-action Aladdin, now you can encounter one of the most beloved Disney princesses of all time while visiting EPCOT®. Princess Jasmine has been capturing the hearts of audiences since she first appeared in the animated Aladdin. The new live-action adaptation of Aladdin has her poised to capture the audience’s hearts anew.

Look for Princess Jasmine in the Morocco Pavilion, which reminds her of her native Agrabah. She’ll be ready to greet you with a smile as you experience the exceptional culture and cuisine, alongside samples of architecture that capture the spirit of a people and their land. It truly is a whole new world, and Princess Jasmine is waiting to meet you there!

When you’re searching for just the right memento from your time at Disney World in Orlando, it can feel just like looking for a diamond in the rough. Take a chance and find secret treasures when you explore the Agrabah Bazaar marketplace in Adventureland at Magic Kingdom® Park.

Agrabah Bazaar is an exotic marketplace that will make you feel like you walked right into the Arabian nights of long ago, when a young man found his destiny with the help of a magical Genie. Shop for all sorts of Arabian-themed items, including Disney park exclusives and hard-to-find merchandise.

Select from excellent themed apparel & accessories to show everyone you’ve been to Agrabah. Find unique gifts for loved ones and family, or the perfect for the biggest Aladdin fan you know. The specialty foods will tempt you with sweet treats and flavorful experiences to evoke your time in a distant land. Select from exclusive toys & plush to get that wonderful smile from the child in all of us, and remind your family of their special memories on an unforgettable trip.

Keep your eyes open for special appearances while you’re at Agrabah Bazaar, too. You just may find yourself encountering that famous street rat-turned-prince, Aladdin himself. Let him know he ain’t never had a friend like you!

We think you’re ready to catch the excitement for the new live-action Aladdin at Walt Disney World in Orlando, Florida with these 4 spectacular attractions! That means you’re also ready to find out more about our incredible Orlando vacation packages with discount park tickets, discover 3 day Disney packages you've never seen before, explore an awesome family suite near Disney World, and learn about our Orlando hotels,.... PLUS... read more great travel tips and guides to our destination cities on the best travel blog for 2019! 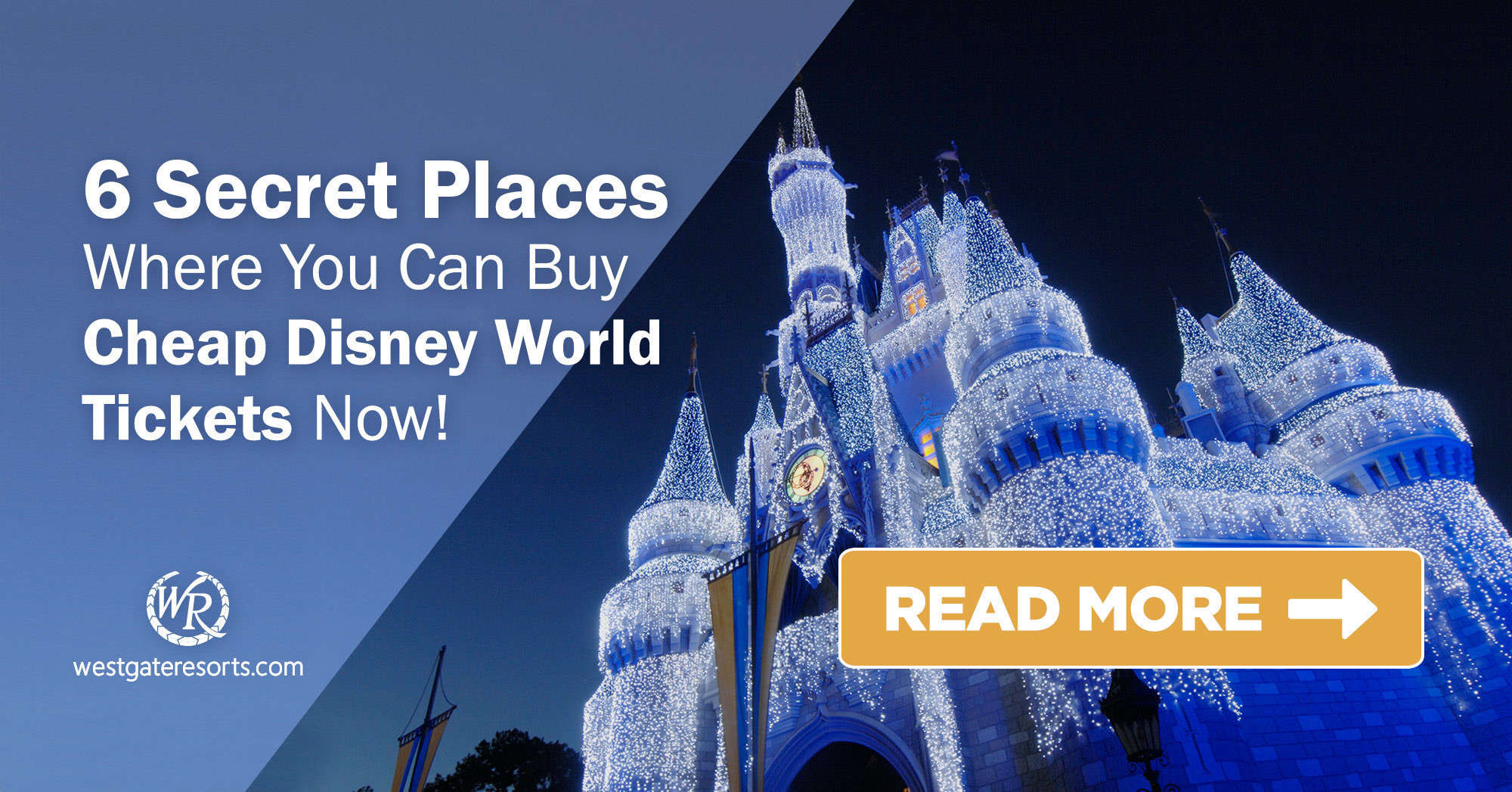