The Walt Disney World Summer Events Schedule For 2023 You've Been Waiting For!

Right now is a moment to capture. To crave. To savor together. Because now, more than ever, out of all the things to do in Orlando, FL, Walt Disney World® Resort has more to see, do, taste and experience than ever before. We’re going to satisfy your craving for an amazing array of the Disney magic you love.

Love topiaries, tapas and tunes? Come see what’s blooming, and have a taste of what’s cooking, at the 26th annual Epcot® International Flower & Garden Festival. This year, the festival is more exciting than ever before, with garden-inspired cuisines always at peak freshness. Delicious aromas from four new Outdoor Kitchens fill the spring air.

You’re sure to find springtime inspiration strolling alongside the seemingly endless floral displays—and among over a dozen Character topiaries including Miss Piggy, Kermit the Frog, the all-new Bo Peep and her sheep and more.

While everything here may be growing, that doesn’t mean it’s only for grown-ups. There are plenty of experiences for the entire family: themed gardens, interactive play areas and up-close encounters with a kaleidoscope of butterflies at the Goodness Garden Butterfly House. You can even explore the Park while looking for Spike the Bee when you play Spike’s Pollen Nation Exploration Scavenger Hunt. And if you have a green thumb or growling tummy, you’re sure to love all of the exhibits, tasty offerings and specialty tours throughout the festival.

Plus, there’s plenty of fun blossoming under the moonlight, as well. Musical acts take the stage every night during the Garden Rocks™ Concert Series.

So, whether you’re craving nature’s beauty or nature’s delicious bounty, the Epcot® International Flower & Garden Festival has it all. 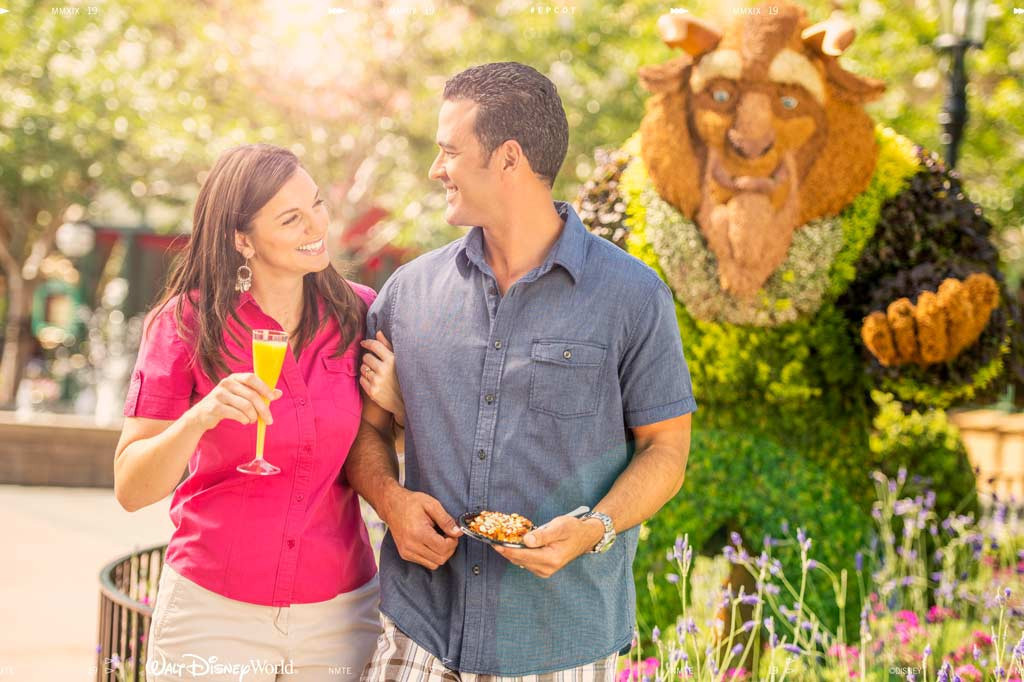 Is the world of high-speed racing more your speed? Lightning McQueen’s Racing Academy, a high-octane first-of-its-kind new show that’ll put you right in the middle of the world of Disney•Pixar’s “Cars,” is live at Disney’s Hollywood Studios®.

Learn what it takes to be a champion racer from the legendary Lightning McQueen at Sunset Showcase, located near Rock ‘n’ Roller Coaster.

To kick things off, Lightning demonstrates what he’s learned over the years by using his brand-new, state-of-the-art racing simulator and its wraparound screen. Of course, as this seasoned racer has discovered throughout his career, things don’t always go according to plan, and he has to think fast to get back on course.

With Tow Mater, Cruz Ramirez and the gang from Radiator Springs rooting him on, Lightning gears up for the challenge. Will he emerge victorious? Speed on over to find out.

Plus, the fun and excitement of Disney•Pixar Cars extend beyond Lightning McQueen’s Racing Academy into the courtyard outside Sunset Showcase.

DJ—the ultimate party car from Route 66—gets everyone revved up with his incredible music mix. Bring the family along as he kicks it into high gear at “DJ’s Ready! Set! Party Time!” for Cars-inspired dances and games.

Also joining the lineup is trainer-turned-racer Cruz Ramirez. You can find her just outside the Academy, ready for a photo-op with her fans.

Are you more of an animation buff who is drawn in by beautiful images and melodies? Beginning May 2019, be part of the adventure as you step into an unprecedented collection of new, classic and rarely seen Disney and Pixar animated films during Wonderful World of Animation at Disney’s Hollywood Studios®!

Debuting to coincide with the Park’s 30th anniversary, this excitement-packed projection show on the façade of the Chinese Theatre will take you on an incredible journey through over 90 years of Disney and Pixar animation. From blasts from the past to more recent favorites, you’ll be swept up in the music and merriment of some of the most beloved stories of all time––nearly all of them, in fact!

You’ll even get to enjoy Characters who don’t often get the spotlight while being immersed in the themes of Magic, Family, Adventure, Romance, Villainy and Friendship all along the way.

Of course, since we can never lose sight of the fact that it was all started with a mouse, the show fittingly begins and ends with the one-and-only Mickey.

And if you can’t get enough Pixar fun, Disney’s Hollywood Studios® will be more playful than ever as whimsical new ways to party with some of your Pixar pals adds to the fun of the all-new Toy Story Land.

The 10 Best Breakfasts in Orlando on International Drive

15 Restaurants on International Drive Orlando You Have to Try 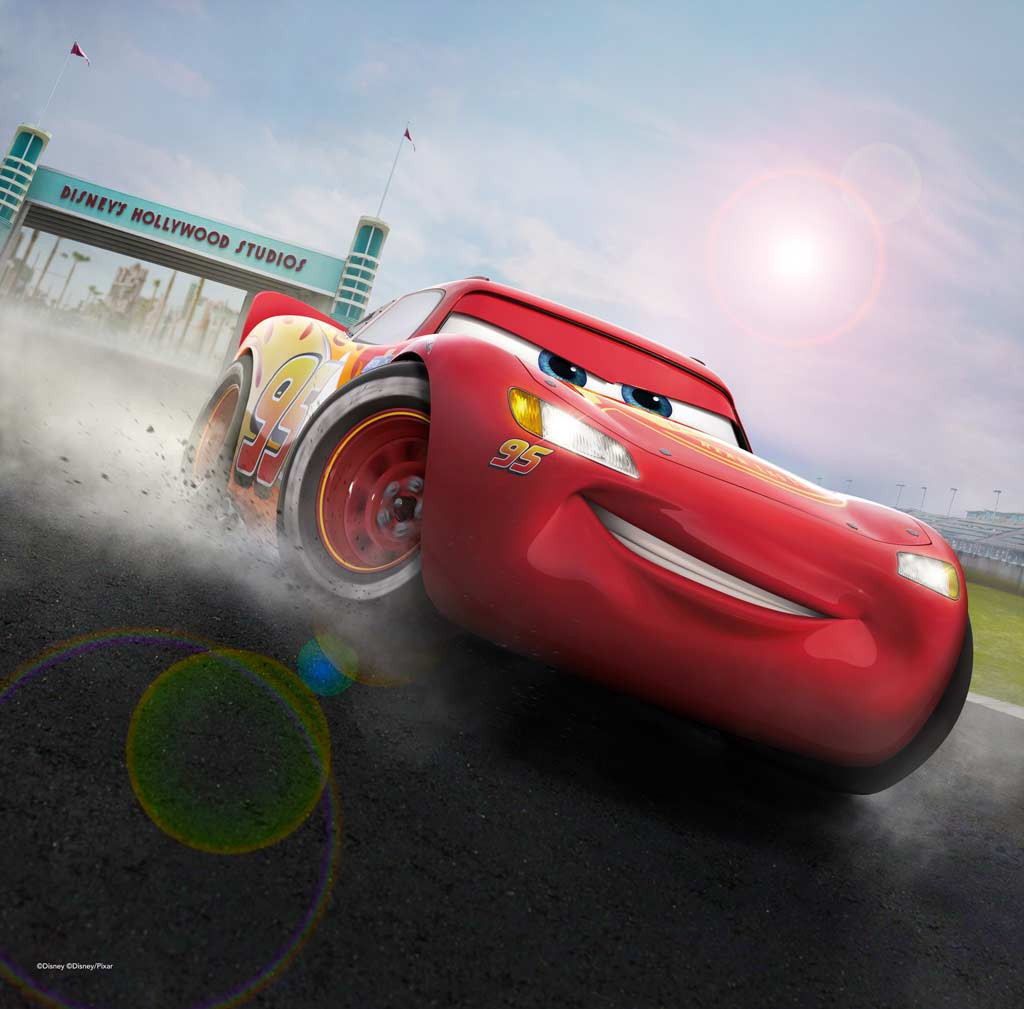 The party starts at Celebration Central, located inside Town Square Theater on Main Street, U.S.A., where you can sign the Celebration Guest Book and pick up a fun checklist of ten ways to celebrate Mickey and Minnie during your day in the park.

Also at Town Square Theater, the world’s most famous mice are preparing for a big show, and you’re invited to head backstage for a visit. They’ll gladly take time out of their busy rehearsal schedule to meet with friends while wearing their snazzy new party outfits.

The celebration really kicks into high gear several times daily when the “Move It! Shake It! MousekeDance It!” Street Party rolls into the Central Plaza in front of Cinderella Castle. The Disney Parks Live Entertainment team has pulled out all the stops to make this the most spirited, high-energy party you’ve ever seen! A pair of energetic, singing party hosts keeps things hopping with the new celebration song “It’s a Good Time,” along with contemporary arrangements of classic melodies. 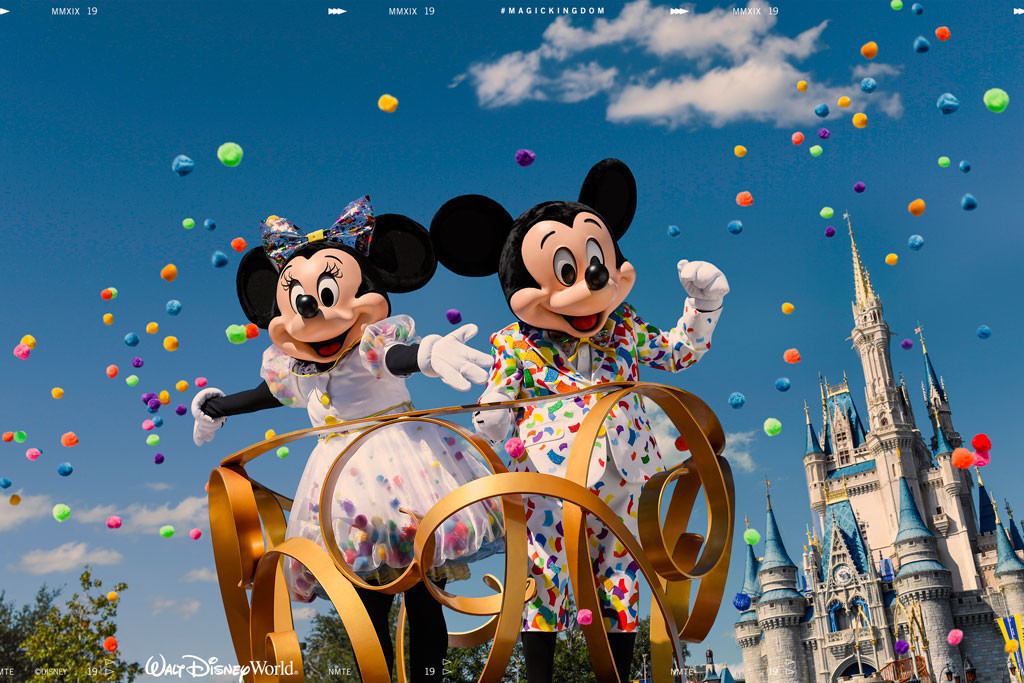 Maybe you want to see all that, but you also want more. Is the circle of life calling your name? We’re making Disney’s Animal Kingdom® Theme Park more Hakuna Matata than ever. To celebrate The Lion King as it roars back into our hearts, we’ll feature classic and new ways to live this beloved tale during the film’s 25th anniversary year.

Join the inhabitants of the Pride Lands for a grand gala in honor of Simba, the lion cub who would be king, at The Festival of the Lion King, a Broadway-style show filled with pageantry, puppetry, and popular songs from the film.

As the lights dim, hear the sounds of the African savanna. A kinetic kaleidoscope of color floods the stage as colossal puppets, extravagantly costumed dancers, amazing acrobats, a daring fire dancer and incredible stilt walkers dazzle the senses.

During spectacular theatrics, you’ll relive all the classic songs from The Lion King, including “Hakuna Matata” and “Can You Feel the Love Tonight?” The spectacular finale includes a soaring rendition of “Circle of Life.”

It’s a moving and immersive theatrical experience celebrating music that has touched generations of Disney fans—and a festival you’ll want to be part of again and again! Can you feel the love tonight?

Get Your Disney Theme Park Tickets!

So get your summer groove on and head out to Walt Disney World® Resort because the days (and deals) are heating up! In addition to the convenience of purchasing affordable Disney Theme Park Tickets online, Orlando visitors and residents can also visit the official ticket centers located off world-famous International Drive in Orlando and U.S. 192 in Kissimmee near the main entrance to Walt Disney World® Resort. View the latest Orlando Disney Theme Park Tickets deals here. So what are you waiting for? Jump in now and get your attraction tickets at the best price!

Love these super-sweet event guides? Find out more about our incredible Kissimmee resorts, discover Orlando hotels you've never seen before, and learn about our secret places where you can purchase affordable Disney Theme Park Tickets,.... PLUS... get into the Central Florida swing of things with these amazing things to do in Orlando, drop in for a drink at these fabulous Orlando breweries, or read more great travel tips and guides to our destination cities on our 2019 blog, all at these links!

As to Disney artwork, logos and properties: ©Disney ©Disney/Pixar.