The 20 Best Breweries in Orlando to Help You Survive Summer!

The 20 Best Breweries in Orlando to Tour And Explore!

“Nothing ever tasted better than a cold beer on a beautiful afternoon with nothing to look forward to than more of the same.” – Hugh Hood

Begging off a day or two on vacation while looking for things to do in Orlando, and find yourself in search of the best breweries in Orlando, FL? Ever get a real craving for an ice-cold, thirst-quenching craft brew and nothing else will do? Not just any old craving, but the kind of yearning for quality homegrown beer perhaps best exemplified by “Barry Badrinath” in the hit 2006 cult comedy Beerfest when he exclaims his love for Schnitzengiggle Beer, “I wish it were winter so we could freeze it into ice blocks and skate on it and melt it in the spring time and drink it!”

Fortunately, Central Florida (and Orlando in particualr) has evolved into a mecca for craft breweries over the past decade, so quenching your thirst for a well-made, invigorating Orlando craft brew has never been easier! In fact, the popularity of craft breweries continues to climb not only in Florida (which boasts more than 200 craft breweries at last count) but throughout the United States with craft brews accounting for more than 13 percent of the U.S. beer market by volume, according to the Brewers Association. The Florida Brewers Guild states that “the hallmark of craft beer and craft brewers is innovation … Craft brewers have distinctive, individualistic approaches to connecting with their customers.”

The truly adventurous Orlando craft brew aficionado will want to take a self-guided “pour tour” along the Central Florida Ale Trail. Simply grab the official Central Florida Ale Trail Map at any participating Central Florida brewery (or check out our interactive Orlando Brewery Map below at the end of the post) and get it stamped at each Orlando brewery location. Once you complete the entire Ale Trail at your leisure, the final brewery will reward you with your own special growler, which you can use to get $1 off fills at participating breweries in and near Orlando. Getting thirsty yet? Here are the 20 best breweries in Orlando to help you survive summer:

1 | Orlando Brewing Company | Florida’s only USDA certified organic brewery (whatever that means!), Orlando Brewing Company kicked off Central Florida’s craft brew frenzy when it first opened in way back in 2004. Nestled in the industrial district just south of downtown Orlando near the Amtrak station, the immensely popular brewery features 24 different craft beers on tap, live music on Friday and Saturday nights, and Drink N’ Trivia every first and third Monday of the month.

6 Ways to Survive Halloween Horror Nights You Might Not Know About!

6 | Redlight Redlight Beer Parlour & Brewery | Located just east of Harry P. Leu Gardens near the East End Market in Audubon Park, Redlight Redlight is an Orlando craft beer bar/microbrewery that offers an extensive selection of craft beers, both draft and bottled, including several house originals. In fact, there are more than 250 bottles to choose from, making Redlight Redlight perhaps the closet place in Orlando to craft beer heaven!

7 | Hourglass Brewing | Here at Hourglass Brewing's downtown Orlando location, they take the same pride in the craftsmanship and doing things the right way that their name has become synonymous with at their other locations, with all-natural ingredients sourced from trusted suppliers and local businesses and handled with the utmost care. From sourcing hops and barley, to filtering the water through their in-house reverse osmosis system, Hourglass controls every element of their beers, laying the foundation for the cleanest, most refreshing taste possible. Just land your dropship off the 408 and head South on Bumby, then swing a left onto Curry Ford Road and you're loaded for 'beer' with an evening with friends at Hourglass.

Sample Brews: Rock Me Diabeetus, The World is Your Playhouse, 2 Million Bees and Some Hops

8 | Something's Brewing | In the mood for “Sinfully Good Beer”? Head up to Winter Park to sample the delicious craft beer offerings of the dog-friendly Something's Brewing, which is one of the newest breweries in Central Florida and located in an industrial area behind 4Rivers Smokehouse. In addition to its dozen or so core beers on tap, Deadly Sins features a seasonal rotating craft beer selection.

Sample Brews: Grove IPA, Side Chick Blonde, A Little High IPA, If I Had a Nickle Brown Ale, Does the Body Good Imperial Milk Stout

9 | Ellipsis Brewery & Taproom | Seeking an Orlando craft brewery near the Orlando International Airport? Whether your flight is delayed or you just want to grab a quick brew before take-off, the family- and dog-friendly Ellipsis Brewery has you covered! The spacious, 7,500-square-foot brewery and taproom features a notable array of original brews for you to sample. To top it off, Ellipsis earned a “People’s Choice Award” from the Florida SMaSH Beer Festival.

14 | Deviant Wolfe Brewing | Planning to spend a day wandering around historic downtown Sanford? Stop into Deviant Wolfe Brewing for an ice-cold, meticulously crafted brew and a bite to eat (you can order to go from any of the surrounding eateries and bring your food into the taproom). Deviant Wolfe also hosts a variety of special events throughout the year such as fun runs, trivia nights and yoga classes.

15 | Bowigens Beer Company | Started as a garage operation by two local Orlando area musicians, Bowigens Beer Company first opened in 2015 at the former site of a pizza restaurant in Casselberry. Bowigens typically features 18 different beers on tap, so you can rest assured there will be a cold brew available at the taproom for any taste.

20 | Wop’s Hops Brewing Company | Billed as “Sanford’s First Microbrewery,” Wop’s Hops opened in 2014 at the former site of Stokes Fish Market in a historic Sanford building that was constructed in 1916. In addition to its fine selection of craft brews, full menu (sandwiches, wings, flatbreads, appetizers and salads) and a dog-friendly beer garden, Wop’s Hops is also unique among Central Florida breweries in that it is reportedly said to be haunted by up to five spirits!

COMING SOON! | Persimmon Hollow Brewing Co. Lake Eola | Opened by Andy Sistrunk and Robbie Carelli in 2014, Deland's famous niche brewery - Persimmon Hollow Brewing Co. is now reportedly going to open its second brewery near Lake Eola in Orlando, taking over a long-ailing space that had been unused since 2017.The brewery is planned for a 4,800 square-foot space that was formerly a Panera Bread. Florida craft beer lovers can raise a glass a little closer to downtown, while also joining in on the Beach Hippier flair, food, games and outdoor patio action this joint is known for at the northeast corner of Lake Eola. This little brewery might now be the largest in Orlando, but its fans all claim its the best, so raise a glass and get ready for more great downtown crawling action! All signs point to this new Orlando brewery opening in the spring of 2020.

Drinks will include beers brewed and only available at the Orlando spot, as well as the brewery’s core beers like its Beach Hippie IPA that will continue to be brewed in DeLand.

Oh, You Wanted An Orlando Brewery Map? Yeah, We Got That...

For all those who are TLDRing their way through this awesome bevvy of breweries, but just want to skip to the previously promised Orlando brewery map, we've got you covered. Here's a map of all the Orlando breweries you could possible crawl your way through in a week-long beer-basking break from the daily droll:

So What's The Best Brewery Tour In Orlando?

Far be it for us to make a hard and fast call about which beer your should try or which ambiance we consider to be awesome versus comfortably quaint, but our team of editors and longtime Orlando Florida locals came together on an informal 'panel' of sorts to decide on thing,... which Orlando brewery tour is actually the most engaging experience, irrespective of the goods, pricing, options and the rest of the things that (frankly) some people might care more about. After some heavy deliberation over a course of mild libations, our team feels like the Hop On Brewery Tour Experience is one of the BEST in Orlando, and is a MUST VISIT for both locals and visitors to the Orlando area alike. They break down their tours into bite-sized trips that go to three or four (maximum) breweries, and pair them up in ways that are unique and unexpected. If you're out and about, give Hop On a try and see where it leads you,... even if it's in a wavy line. ;)

Ready To Go Beyond Orlando Breweries?

So no matter what kind beer you're into, you can put a hop in your hops and a lift in your lager quota with this handy list of breweries and bars in Orlando! Headed here soon and searching for military discount hotels or great hotel deals on the best family hotels in Orlando? Know before you go as you explore some fun things to do in Orlando, (or if you're headed to Kissimmee, free things to do in Kissimmee, FL) check out the best breakfast Orlando has to offer (for the morning after!), learn more about International Drive Orlando attractions, or break out of the best escape rooms in Orlando, before going full-frontal-theme-park with some discount Disney tickets! Whatever your ideal Orlando vacation - we've got you covered with the best Orlando hotels, and tons of fun, inexpensive weekend getaways in Florida, right here on our travel blog! 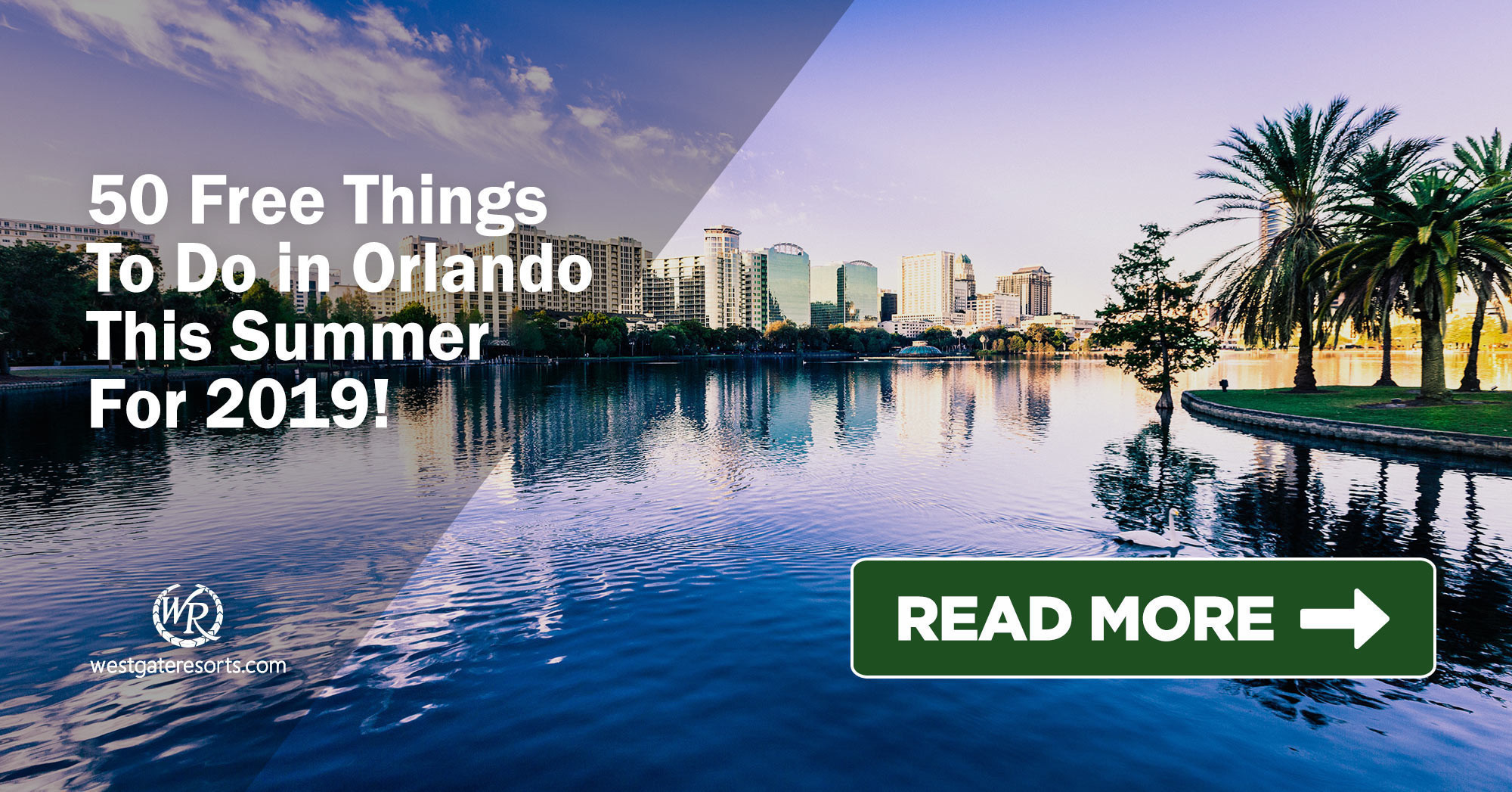 * Westgate Resorts is in no way affiliated with the restaurants featured in this article. Menu items listed are current as of the publishing date of this article. Please call or visit the respective website for each restaurant for the most up-to-date offerings.