10 Thrilling Things to Do in Orlando at Night

10 Thrilling Things To Do In Orlando at Night

“If happiness is the goal – and it should be, then adventures should be top priority.” - Richard Branson.

Orlando is an amazing place to visit or to live, so it's no trouble finding exciting things to do in Orlando at night. Tucked in the middle of the Florida Peninsula (and for those who have never been here), it’s close to just about anything you can imagine: the Atlantic Ocean with its beaches, the Gulf of Mexico and the Boggy Creek Swamp, which is part of the headwaters of the Everglades. And of course,... theme parks. Walt Disney World Resort and its theme parks are also located in this area, making it a wonderful place to hangout for the whole day or even a good portion of the night, for those of us who prefer after-dark diversions!

Best Thrilling Things to Do in Orlando at Night

Not only are there world-famous theme parks and deep, mysterious swamps to explore, but Orlando has many other attractions, as well. The ocean (a quick hour-long drive away) itself is filled with mystery and beauty. The city lights as Orlando wakes up from its daytime guise have an allure all their own that's difficult to resist, and some areas have more neon than they have sidewalks. There are areas (such As Disney Springs) that arguably rival Las Vegas for bright, busy entertainment that includes music, food and more. Ready to dive into nighttime Orlando? Let's go!

Here are 10 thrilling things to do in Orlando, Florida, at night:

1 | Alligator Spotting in Boggy Creek Swamp | Can there be anything more thrilling than seeing a prehistoric creature in its native habitat? Believe it or not, alligators, as a species, are more than 150 million years old. Alligators have managed to avoid extinction even though many contemporary species have died out. Individual gators can live to be as much as 30 years old, and the males can grow up to 14 feet long. They are truly pre-historic monsters that have lived into our current era. The best time to see alligators is very early in the morning or late at night. Boggy Creek Airboats schedules two rides that might allow you to catch sight of these giant reptiles: a sunset tour and a nighttime tour. In April, you can hear these prehistoric reptiles singing love songs – a deep, rumble almost like a purr that travels through the water as they call for a mate.

Discover the History of Orlando Florida!

How Much Does a Disney Vacation REALLY Cost (2020 Edition)?

2 | Pedal-Powered Pub | This is sight almost stranger than an alligator walking across a golf course: a vehicle peddled by eight to 12 people. There are six peddle seats on each side, one seat for the driver (who does not peddle) and a seat across the back for four people who do not peddle. Tours begin at 6:00 PM, are approximately 1 hour long and end at 1:00 AM. The Pedal Pub is an ecological way to tour Orlando’s nightlife hot spots (and some off the beaten path) and to have fun with friends or family along the way.

3 | Mako at Night | Mako is a fast-moving shark that lives in the ocean. It has a deep blue back and a white underside. Mako is also a stomach-dropping, thrill-filled roller-coaster ride at SeaWorld Orlando. Riding the Mako during the day is pretty wild as it goes out over the ocean and then turns passengers upside down. But riding it at night! Wow! Terrifying! The deep plunge into what seems like utter darkness, looking down at the city lights from the apex of the tallest climb, amazing! Truly amazing! Riding at dusk, when you can see the sun going down over Orlando is also quite a sight. If you love roller-coasters, this is one that you will not want to miss.

4 | Helicopter Night Tour | Want to see more of Orlando at night? Take the nighttime helicopter tour of Disney’s theme parks. Get a closeup view of The Wheel at ICON Park (AKA “Orlando Eye”), a massive Ferris wheel that towers 400 feet, looming over Orlando. You can also get an eagle’s eye view of all the theme parks at the same time. You board from the airport in Kissimmee, and your tour will last at least 15 minutes, or up to 40 minutes, depending on which tour you select. Upon landing, you will have the opportunity for photos with your pilot.

5 | Greenwood Cemetery Walking Tour at Night | Visit over 100 gravesites of famous people who have lived in Florida such as Francis W. Eppes, the grandson of President Thomas Jefferson. It is very interesting by day, but at night you have the added chills and thrills of walking through a supposedly haunted graveyard after dark. The tours are free, but are scheduled at the convenience of the volunteer guides. They tend to fill up fast, so be sure to book your walking tour well in advance.

6 | Fireworks Over Disney Cinderella Castle | These happen nightly, and can be seen from anywhere in Disney’s Magic Kingdom, and from many locations in Orlando. Several of the night tours by various agencies will pause just so people can watch the display from start to finish because it truly is a magnificent composition. The Happily Ever After Fireworks Show is especially spectacular as it combines laser lights and projections with the fireworks. The most wonderful part is that you can enjoy this show for free any night of the year.

7 | Universal CityWalk by Night | More thrills than chills in this evening venue. Billed as “The Epicenter of Awesome,” Universal CityWalk is a hub of cafés, music stages and much, much more. It has been compared to the world-famous Strip in Las Vegas. You might find it very convenient to have so many restaurants, bars and music presentations all in one place such as Hard Rock Café, Blue Man Group, Jimmy Buffett’s Margaritaville, Bob Marley – A Tribute to Freedom, Pat O’Brien’s and CityWalk’s A Rising Star. If you want to go into the establishments, it is a good idea to get a Party Pass so you don’t have to pay a cover charge for each one. It is a great place to wind down your evening after having fun with the many other entertainment opportunities.

8 | Medieval Times Dinner Show | Join the Queen’s court to watch handsome knights on beautiful steeds re-create the jousts and combat at arms of yester yore as they vie for Queen’s champion. You will have a ringside seat as Her Majesty’s guest. Revel in the sight of well-trained horses, skilled live-steel displays and even a falconry display. Your feast will be served medieval style – that is without flatware. Most of the food, however, is finger food. Step back in time, cheer for your champions and enjoy entertainment as it might have been long ago.

9 | Pandora - The World of Avatar | Pandora, World of Avatar, is a lovely new themed area at Disney’s Animal Kingdom theme park within Walt Disney World Resort and home to two magnificent attractions: Avatar Flight of Passage and Na’vi River Journey. The outer parts of it re-create the sets that were used for the epic 2009 science fiction movie, Avatar, which was directed by James Cameron. Looming cliffs, with vines, blooming flowers and more welcome visitors into another world. Within that world is the bioluminescent forest tour. Visitors board boats that travel through increasingly mysterious surroundings that include glowing mushrooms, fragile leaves that emit light, and the wheeps, burps and general sounds that swamp creatures might make. Gradually, voices begin to be lifted in song, and the tour floats past the mistress of song before returning to the light of day.

10 | Sunset Bioluminescent Tour | Don’t settle for the manufactured imitation, attractive and fun though it is. Rent a kayak and join a guided tour of the real thing. From June through early October, visitors to the Orlando area can enjoy one of nature’s greatest lightshows. If you book your tour online, the first part of your trip will go out toward Mullet Head Island in the Merritt Island National Wildlife Refuge, where you can view the birds winging their way home to the Federally Protected rookery. You might also see alligators, manatee, dolphins and sharks out searching for food by the last of the fading light. After a short break, the real fun begins. As darkness descends, the presence of dinoflagellate plankton makes the water seem to glow. Almost any movement will set it alight with moving sparkles. If you scoop some of the water up in your hand, it will sparkle, transferring the glow to your skin if you allow it to run down your arm. This is Mother Nature at her finest and most mysterious. No manufactured show in the world can match it.

Last Tips on Other Things to Do in Orlando at Night

These are only 10 of the thrilling things to do in Orlando at night. They should get you started exploring the complex community that is Orlando and surrounding communities.

It is an area that is rich in history, acting as a melting pot for a wide variety of cultures from the Seminole, Miccosukee and other natives who originally greeted the Spaniards, to the growing communities of retirees who are following the sun, and finally to the many nationalities of people who have come seeking lives different from the ones they have left behind.

This rich blend of cultures, traditions, commercial endeavors and lifestyles combine to create a city that is like no other. Like many large metropolitan areas, Orlando has a flavor of its own made up of the land on which it stands, the people who live there, and the ingenuity and imagination of the people who inhabit it.

Don’t take our word for it. Come, try it out. You can visit for a while, or if you decide you like it, you might even stay a while. The Sunshine State has quite a nightlife, and far more to offer than citrus farms and alligators – although those are also an important part of the mix that makes up Orlando at night. During your Central Florida vacation getaway, you will also want to check out the top 10 romantic places in Orlando, the best Orlando breweries and the greatest International Drive attractions. Have a great trip! 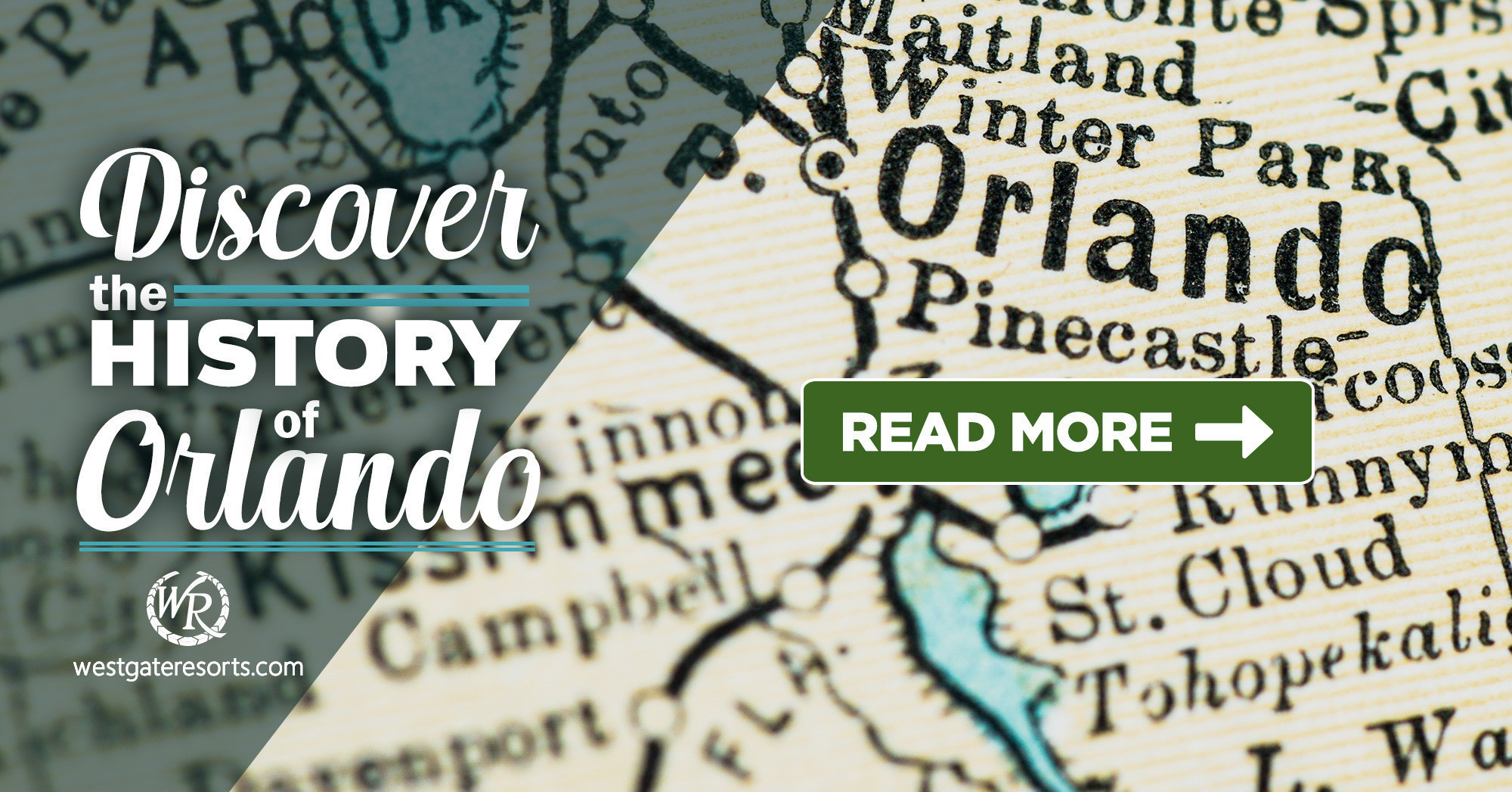