Ninth Year in a Row as Best Ski Resort Bringing Tally to 65 Best of State Awards Won by the Resort.

PARK CITY, UT. - April 29, 2021 – Westgate Park City Resort & Spa is thrilled to announce that it has received eight Utah Best of State Awards for 2021. The luxury mountain resort won in eight different categories for achievement in travel and tourism, hospitality and dining. This prestigious win marks the ninth year in a row the Park City property has earned the Best Ski Resort honor and marks a total of 65 Best of State awards won by the resort.

“It’s an incredibly meaningful year for our Team Members at Westgate Park City Resort & Spa to be once again recognized for their hard work and commitment to extraordinary service,” said Mark Waltrip, Chief Operating Officer of Westgate Resorts. “To be honored with eight awards, including Best Ski Resort, is truly an honor.” 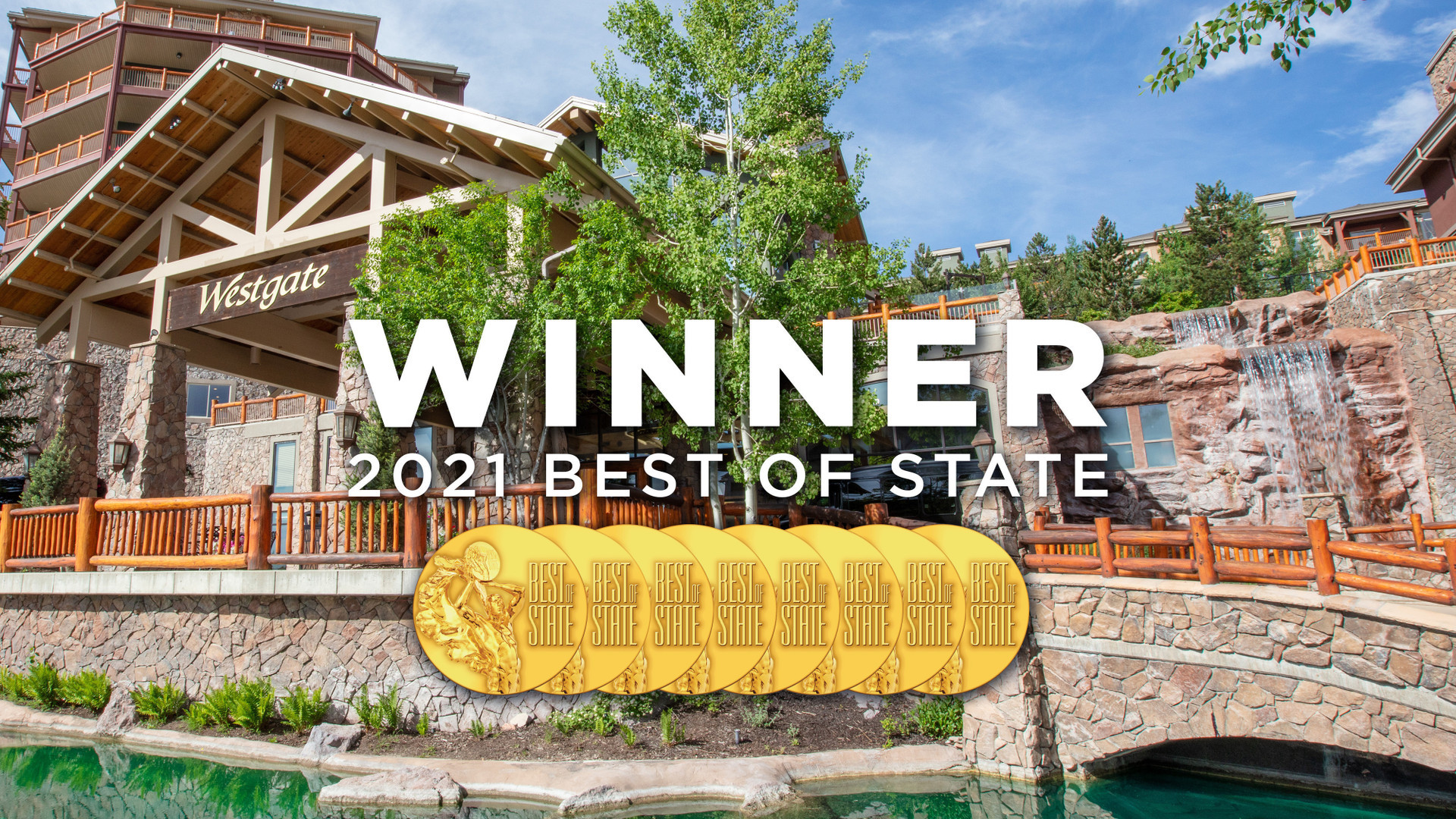 Winners of the Best of State Awards are chosen by a panel of 100 expert judges from across the state of Utah who rank the nominees on a scaled 100-point system. Westgate Park City Resort & Spa was named best in Utah in the following categories: