“We all eat, and it would be a sad waste of opportunity to eat badly.” – Anna Thomas

Legendary New York City journalist Jimmy Breslin once remarked, “When you leave New York you ain't going anywhere.” OK, the hyperbole notwithstanding, the Big Apple is indeed a one-of-a-kind destination and that goes for its ever-evolving dining scene, especially in bustling Midtown Manhattan East with its variety of world-class eateries covering every possible cuisine. New Yorkers celebrate this storied tradition of fine dining with the semiannual NYC Summer Restaurant Week, the next of which will be held July 18 through August 21. During NYC Restaurant Week, which began in 1992, participating restaurants throughout New York City offer culinary deals.

1 | Naples 45 Ristorante e Pizzeria | American Heritage magazine has named the “superb pizza” churning out of the wood-burning ovens at Naples 45 Ristorante e Pizzeria among the “10 greatest pizzas” in the United States. The delicious pizzas at Naples 45 in Midtown Manhattan East also boast a seal of approval from the prestigious Associazione Verace Pizza Napoletana (aka The True Neopolitan Pizza Association). Ideally located in the iconic, 59-story MetLife Building (completed in 1963 and originally known as the Pan Am Building) and adjacent to Grand Central Terminal, Naples 45 also offers a nice selection of pastas, seafood and meat entrees, antipasti and salads. In addition, patrons can enjoy complimentary slices of authentic margherita pizza at the bar on weekday nights between 5 PM and 7 PM. A full bar and extensive wine list are also available.

The Ultimate Guide to Free  Indoor Movies in NYC For 2023

10 Historic Taverns In New York City You Need To Try

2 | Mr. Chow New York | A landmark NYC restaurant in Midtown Manhattan that first opened in 1979, Mr. Chow New York has served the likes of Jack Nicholson, Andy Warhol, Federico Fellini, John Lennon and Yoko Ono, Keith Haring (who created the tribute art piece Mr. Chow as Green Prawn in a Bowl of Noodles in 1986), Jean-Michel Basquiat, David Bowie, Madonna and many other celebrities over the years. An elegant and trendy (as well as very pricey!) Chinese restaurant known for its exquisite service, Mr. Chow New York features “a combination of old authentic Beijing and original recipes,” as well as “one of the best prepared Beijing Ducks in the world,” according to its official website. Other Mr. Chow locations can be found in Tribeca, London, Beverly Hills, Miami, Malibu and Las Vegas. The brainchild of restaurateur, architect and patron of the arts Michael Chow, the Mr. Chow restaurant franchise is so popular that a coffee-table book, Mr. Chow: 50 Years, was published in 2018.

3 | Empire Steak House | Opened in 2010 by the three Sinanaj brothers – Russ, Jack and Jeff – Empire Steak House serves only the finest USDA prime steaks and chops (including their famous Prime Dry-Aged Porterhouse Steak as well as the massive Tomahawk Ribeye Steak), and offers an extensive, award-winning wine selection, as well as a menu of 101 single malt scotches. Seafood (including Broiled Chilean Sea Bass, Lobster Tail and Grilled Octopus), pasta and poultry dishes round out the menu. The 450-seat Empire Steak House in Midtown Manhattan East is located at the former site of the historic Versailles nightclub, which once hosted the likes of Edith Piaf, Bob Hope, Desi Arnaz Orchestra, Dean Martin and Jerry Lewis, among others. A second Empire Steak House location can be found at 237 West 54th Street in New York City and a third location recently opened in Tokyo, Japan.

5 | Amma Restaurant | Billed as “Homestyle Indian food in the heart of NYC,” Amma was featured on Zagat as one of the “Favorite NYC Eats” of TV host and author Padma Lakshmi, who exclaimed, “Amma serves really comforting Indian food – and it’s run by an Indian mom!” The Indian mom in question, owner Anju Sharma, “a New Yorker by the way of Old Delhi,” sought to recreate the homecooked Indian meals she had enjoyed in her mother’s kitchen (Amma is the Hindi word for “mother,” by the way). This cozy eatery lies in Midtown Manhattan East within 0.5 mile of both the Chrysler Building and United Nations Headquarters.

7 | MIFUNE New York | Boasting “a Michelin starred cast of top young chefs,” MIFUNE New York is a relatively new NYC eatery that opened in late 2016 and features innovative takes on traditional Japanese cuisine. In addition to its 44-seat main dining room, MIFUNE New York offers an eight-seat sushi bar. Nestled in the heart of Midtown Manhattan East, MIFUNE New York is just a brief stroll from Grand Central Terminal. By the way, MIFUNE New York was named in honor of legendary Japanese actor Toshiro Mifune (1920-1997) – best known for his samurai warrior roles and his collaboration with award-winning director Akira Kurosawa that produced such classic films as Rashomon (1950), Seven Samurai (1954), The Hidden Fortress (1958), Throne of Blood (1957) and Yojimbo (1961), among others.

9 | Atomix | An upscale and highly eclectic Korean eatery from the creators of Atoboy, Atomix features an exciting and innovative chef’s tasting menu (and is also simply one of the toughest reservations in NYC!). Atomix is located in the Kips Bay neighborhood of Midtown Manhattan East. With its trendy (and pricey!) menu, rather austere dining room and hard-to-find entrance, Atomix offers a truly unique dining experience even by New York City standards! By the way, “Ato” is an ancient Korean word meaning “gift.”

10 | Keens Steakhouse | An archetypal New York City steakhouse in Midtown Manhattan and within walking distance of the Empire State Building, Keens Steakhouse (“up there with the very best restaurants in NYC to get your steak fill,” according to Zagat) first opened its doors in 1885 in what was then known as the Herald Square Theatre District. If you’re in the mood for massive steaks or a slab of “legendary” mutton chops, Keens is the place for you! In addition, Keens Steakhouse boasts the world’s largest collection of churchwarden pipes (more than 90,000!) that hang from its ceilings and once belonged to the likes of President Theodore Roosevelt, Will Rogers, Babe Ruth, Albert Einstein, J. P. Morgan and many other legendary historical figures.

Still On The Lookout For Top Places To Eat In NYC?

If you're still pouring over Google Maps for all the weird things to do at night in NYC and attractions NYC has to offer, then hurry up and book a stay at Westgate New York Grand Central. For more travel tips and guides, visit our Westgate Resorts Travel Blog.

LOOKING FOR THINGS TO DO IN NYC?

Check out these new, updated pages if you're looking for things to do in New York City! 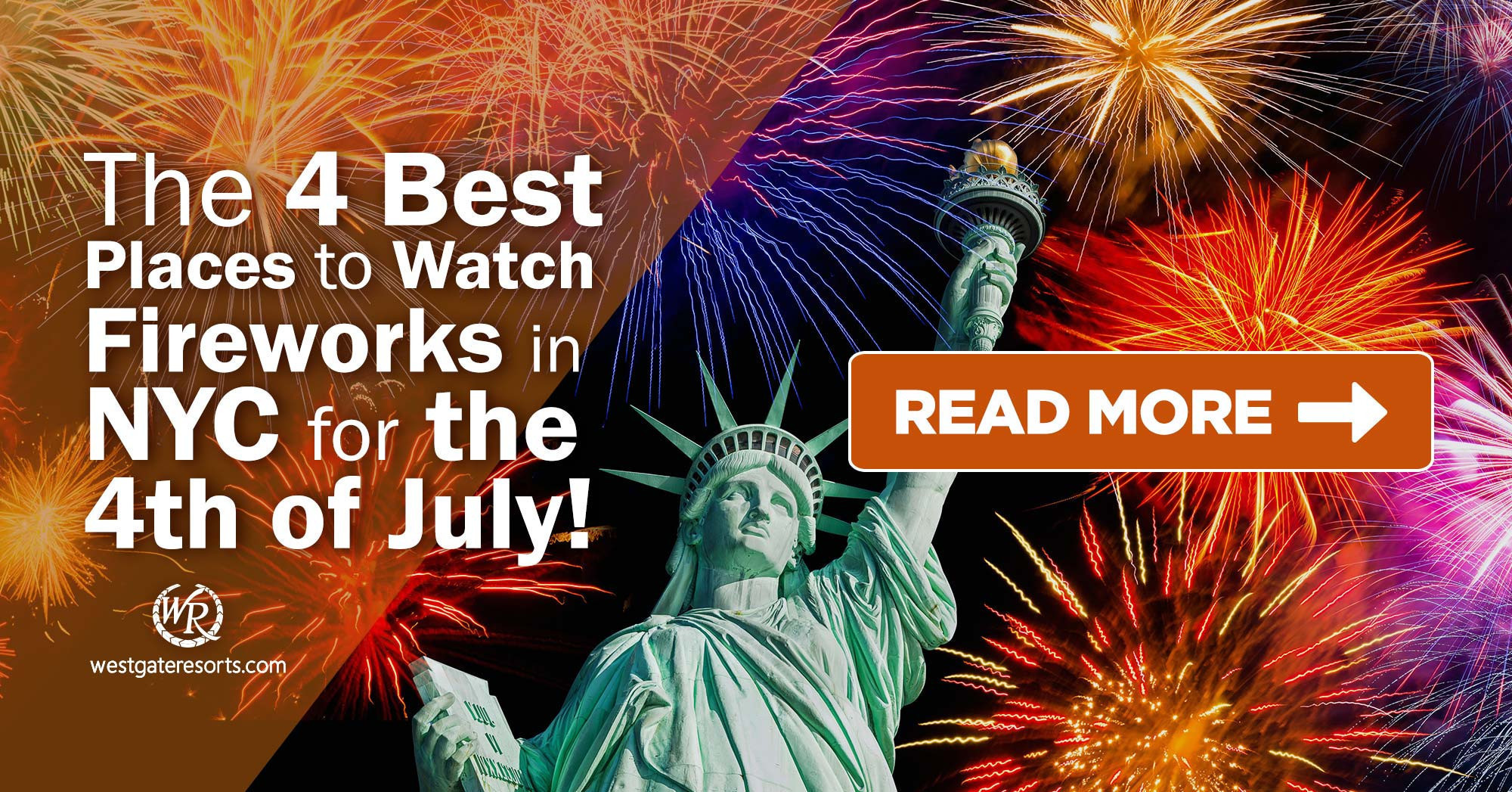