The 6 Best Places to Watch Manhattanhenge 2023

Discover The 6 Best Places to Watch Manhattanhenge 2023 For Best Viewing in NYC!

If you're visiting NYC or you're a frequent day-tripper or jet-set type, you already know that there's no shortage of curiously clickable instagram spots in NYC for both intimate and influential social media standouts. But in a few days from now, there will be a truly great, grammable moment that "henges" on finding the perfect observation perch. Truth be told, New Yorkers (and visitors alike) will look for just about any excuse for a party and Manhattanhenge 2023 promises to be the biggest Big Apple extravaganza of its kind!

But what exactly is Manhattanhenge? Also known as the Manhattan Solstice or Manhattan Stonehenge, Manhattanhenge involves a unique phenomenon where the setting (or rising) sun perfectly aligns with the east-west streets of Manhattan’s main street grid. Sunsets and sunrises each line up to create this spectacularly photogenic event in New York City twice a year on dates evenly spaced around the summer and winter solstice (typically corresponding to Memorial Day Weekend in May and Major League Baseball’s All-Star Break in July).

Therefore, in contrast to all of the wild and weird things to do in NYC at night, Manhattanhenge provides the ideal opportunity to get outside during the daytime and enjoy an amazing view of the sunset down the city’s “canyon walls” of buildings while you dramatically enhance your Instagram feed in the process, of course! 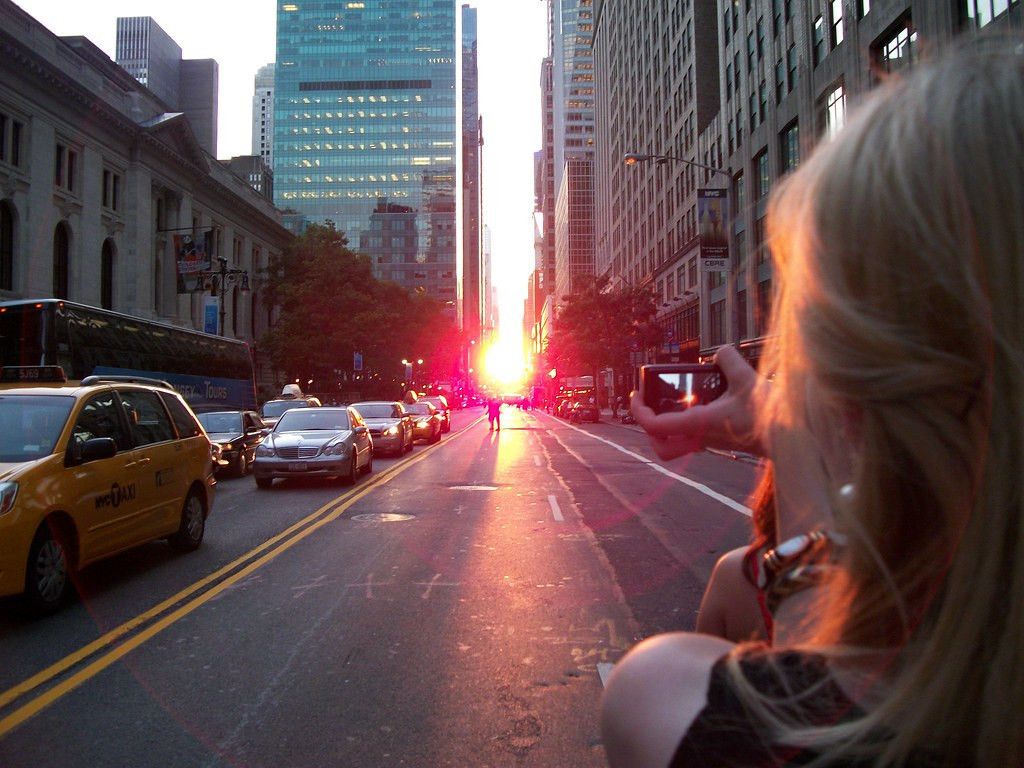 Explore the Colorful History of Manhattanhenge

The term “Manhattanhenge” was first coined by astrophysicist and New York City native Neil deGrasse Tyson nearly 20 years ago. Director of the world-renowned Hayden Planetarium at the American Museum of Natural History (AMNH) and host of the critically acclaimed TV series, Cosmos: A Spacetime Odyssey, Tyson has remarked that Manhattanhenge offers the rare opportunity to view the “juxtaposition of city life with cosmic life.”

Tyson has stated that Manhattanhenge was inspired by a childhood excursion to Stonehenge led by astronomer and Stonehenge theorist Gerald S. Hawkins, who coauthored the groundbreaking and controversial work, Stonehenge Decoded, in 1965. However, the origins of Manhattanhenge can actually be traced to the “Commissioners’ Plan of 1811,” a proposal by the state legislature of New York to set forth the original design for the streets of Manhattan in the form of a rectangular grid plan of streets and avenues that intersect at right angles (extending north of Houston Street in Lower Manhattan all the way to just south of 155th Street in Upper Manhattan). The reason that Manhattanhenge does not coincide exactly with the summer solstice is because of a 29-degree tilt in the grid as an accommodation “to roughly replicate the angle of the island of Manhattan,” according to Space.com.

In addition to providing the ingredients necessary to create the Manhattanhenge celestial effect, the grid provides ease and convenience for NYC visitors to find their way around Manhattan and visit such landmarks as Central Park, Empire State Building, Times Square, Rockefeller Center, Grand Central Terminal and more. Over the past few years, Manhattanhenge has gained immense popularity and even served as the title of an episode of the CBS TV series CSI: NY. In addition, The Washington Post has even dubbed Manhattanhenge as “New York City’s favorite Instagram holiday,” while Jackie Faherty, astrophysicist at the American Museum of Natural History, told The New York Times that the astronomical event provided for “the best sunset picture of the year.” The success of Manhattanhenge has inspired similar events throughout the world such as Chicagohenge, Montrealhenge, Torontohenge, Bostonhenge, Phillyhenge, Raleigh-Henge and even MIThenge at the Massachusetts Institute of Technology. However, none of them come close to replicating the party atmosphere surrounding Manhattanhenge.

In an article about Manhattanhenge posted on the official AMNH website, Tyson remarked, “What will future civilizations think of Manhattan Island when they dig it up and find a carefully laid out network of streets and avenues? Surely the grid would be presumed to have astronomical significance, just as we have found for the pre-historic circle of large vertical rocks known as Stonehenge … For Stonehenge, the special day is the summer solstice … For Manhattan, a place where evening matters more than morning, that special day comes twice a year, when the setting Sun aligns precisely with the Manhattan street grid, creating a radiant glow of light across Manhattan’s brick and steel canyons, simultaneously illuminating both the north and south sides of every cross street of the borough’s grid.”

A world-famous prehistoric monument located on the Salisbury Plain in Wiltshire, England, Stonehenge draws approximately 1.3 million visitors annually. The famous stone circle at Stonehenge features a ring of standing stones, each of which weigh about 25 tons and are approximately 13 feet high and 7 feet wide. Early theories about Stonehenge involved druidic origins, but these have long since been debunked. It is now believed that Stonehenge took approximately 1,500 years to construct starting around 3000 BC and it likely served as a burial ground at one time or another.

However, mysteries abound about the true nature of Stonehenge, which was added to UNESCO’s list of World Heritage Sites in 1986, and many theories have arisen about the possibility of the structure’s astronomical role. For instance, during the summer solstice, the sun appears to rise directly above the “Heel Stone” at Stonehenge. Author Henry James once remarked, “There is something in Stonehenge almost reassuring; and if you are disposed to feel that life is rather a superficial matter, and that we soon get to the bottom of things, the immemorial gray pillars may serve to remind you of the enormous background of time.” 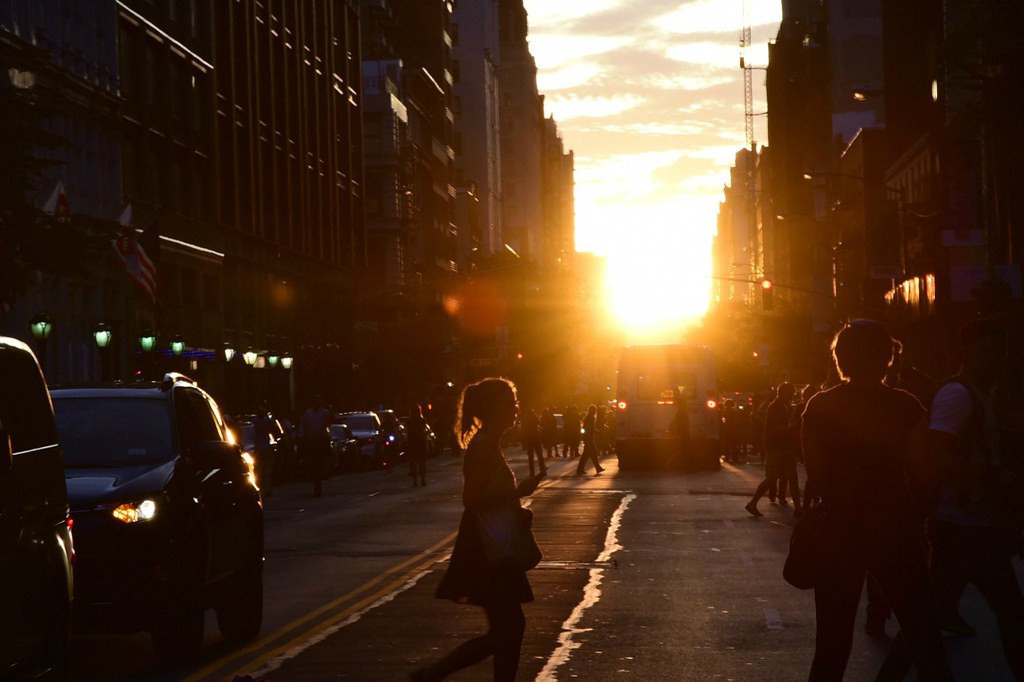 Mark Your Calendar for Manhattanhenge 2023 Dates

Here are the best days and approximate times you can catch Manhattanhenge 2023 during your New York City visit:

An interesting thing to note is “Reverse Manhattanhenge." It's a winter sunrise.

Listed below are the six best places for New Yorkers and visitors to the Big Apple alike to watch Manhattanhenge 2023:

2 | 23rd Street | Several notable skyscrapers can be found on 23rd Street such as the Flatiron Building, One Madison and the Metropolitan Life Insurance Company Tower – making it an ideal viewing locale for Manhattanhenge.

3 | 34th Street | Tyson has singled out 34th Street, a major crosstown street in Midtown Manhattan, for rendering “especially striking vistas” during Manhattanhenge, particularly since it features the 102-story Empire State Building. Other notable buildings located directly on 34th Street include the Javits Center and Macy’s Herald Square among others.

Follow these tips in order to make the most of your Manhattanhenge 2023 viewing experience in New York City:

As the prime Manhattanhenge viewing dates approach, make sure you've got your space staked out! That means picking out your best viewing spot, and also getting set up for a great base of operations for your day in NYC! Check out our sweet place to stay near Grand Central Terminal, and while you're at it, learn more about historic midtown Manhattan and things to do in the surrounding Murray Hill area, while grabbing up some great local guide goods like the best karaoke bars in NYC, the best museums New York City has to offer, a premier selection of Manhattan wine bars and also some great concrete clichés to get your click on with the best Instagram spots in NYC! 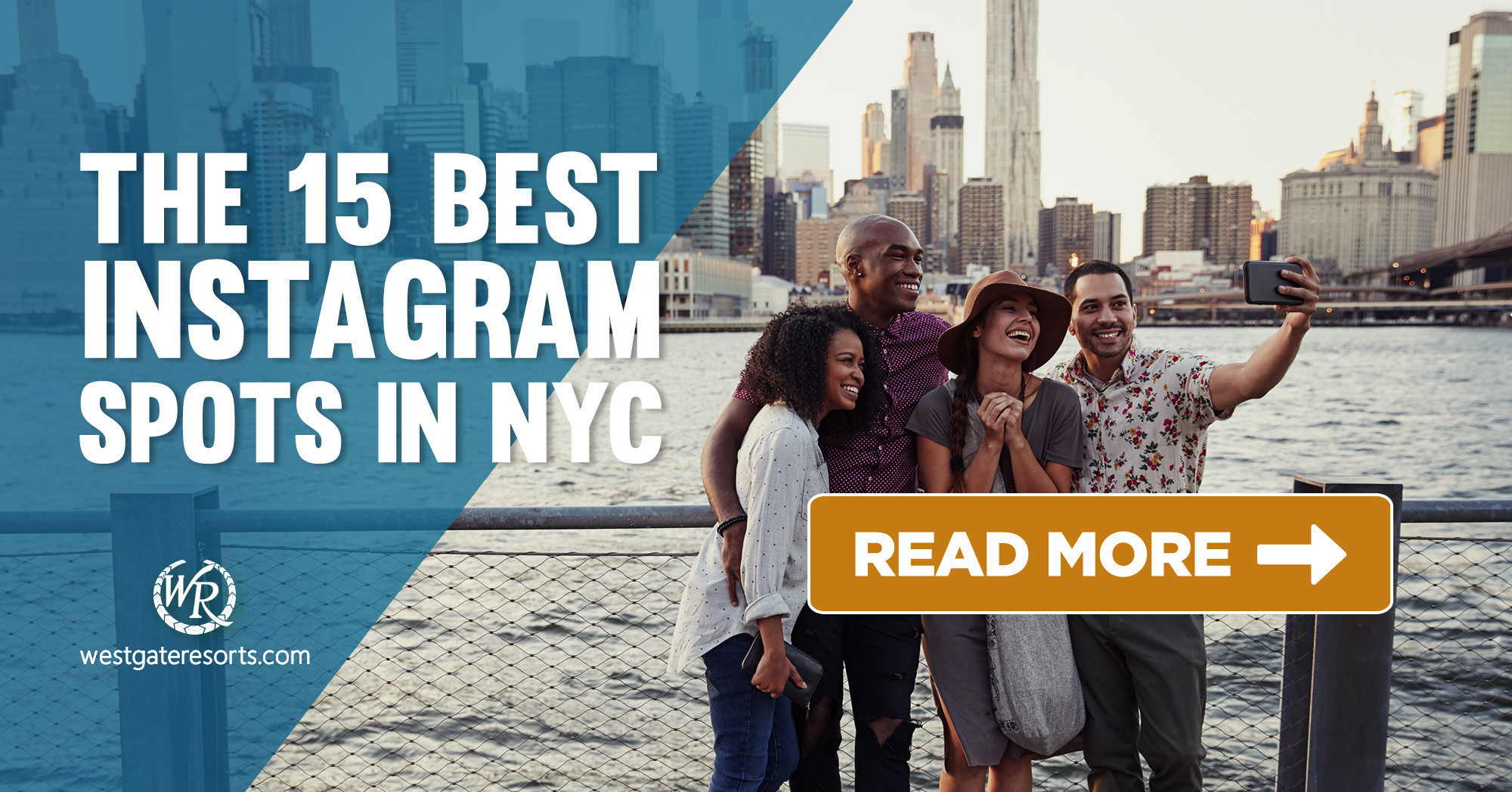 If you're still looking for an ideal hotel near Manhattanhenge in NYC for the last two dates of the year, check out Westgate New York Grand Central hotel located at 304 East 42nd Street New York NY 10017. This hotel will give you great viewing for the 42nd Street shots and angles!