“The city orbits around eight million centers of the universe/and turns around the golden clock at the still point of this place. Lift up your eyes from the moving hive and you will see time circling/under a vault of stars and known just when and where you are.” – Billy Collins “Grand Central”

A National Historic Landmark, Grand Central Terminal (AKA “Grand Central,” “GCT” and simply “The Terminal”) is not just a train station. It is only second to Times Square when it comes to the most popular places in New York City and one of the top reasons to visit NYC – hosting an amazing 750,000 visitors every day. Built by the New York Central Railroad and first opened to the public in 1913, the iconic train terminal is packed with interesting sites, a rich history, impressive architecture, and a lot of shopping and dining options under one roof.

Grand Central Station is quite easy to locate between 42nd Street and Park Avenue. You can also access the station from Lexington Avenue and Vanderbilt Avenue on the east and west respectively. There are also plenty of hotels near Grand Central Station for tourists and staycationers looking for a place to lay their head.

It is one of the busiest subway and train stations in the world with multiple subway lines connecting to different parts in and beyond the city. You will find a lot of history at every corner of Grand Central Terminal.

Best Things to Do in Grand Central Station with Your Family

Here are the top 10 ideas to try and attractions to visit whenever you make that historical tour of the Grand Central Terminal:

1 | Watch the Trains Coming in and Out of the Terminal | The first thing that takes your breath away when you visit Grand Central Terminal is the sheer number of trains heading in and out of the station. It's estimated that over 750,000 commuters pass through the station every day heading to different New York City neighborhoods such as Westchester, The Bronx and beyond. If you are a fan of tiny vehicles, you will have a great time watching the trains riding in and out of the station's 67 tracks. You can even walk the whole length of the platform to see the trains come and go. If you're traveling as a family, your children will surely love the experience.

10 Things To Do In Murray Hill!

10 Ideas To Try In Central Park!

2 | Admire the Splendor of the Main Concourse | Step back and watch the activities of the Main Concourse as commuters rush through the huge 275-foot long space to catch trains to different destinations. You can simply spend time at the main Concourse to admire the splendor and the hurried flow of humanity at the station. The Main Concourse has even been featured in many popular movies, including the critically acclaimed 1959 thriller North by Northwest, which was directed by Alfred Hitchcock and starred Cary Grant and Eva Marie Saint; the 1993 crime film Carlito’s Way, which was directed by Brian De Palma and starred Al Pacino and Sean Penn; the 2005 computer-animated comedy Madagascar; and in scenes of superhero blockbusters such as Superman: The Movie (1978), X-Men (2000) and The Avengers (2012), among others.

3 | See the Most Famous Clock in New York City | Known as the “Crown Jewel of Grand Central,” the Information Booth Clock at Grand Central Terminal is perhaps the most famous clock in all New York City. It is a major landmark, which is why you'll often hear New Yorkers say “meet me at the clock” without needing to specify which clock they mean. Just like other clocks in the Terminal, the Information Booth Clock has the most accurate timing in the world. In fact, it is set to be accurate to the second every 20 billion years. And it is not just a cheap clock – it’s worth approximately $20 million! The clock is made of brass and features clock faces designed from precious opals. If you took a quick glance at the clock then checked your watch or phone, you will notice that the clock is around one minute ahead. This setting, which is also found in all other clocks in the Station, is said to be done on purpose to ensure that commuters are not late for their trains, and to prevent accidents that may happen when people panic and run for trains that are about to leave the station.

4 | View the Tiffany Clock | When you step outside Grand Central Terminal to 42nd Street on Park Avenue, you'll come across the second most famous clock in New York City. This is the Tiffany Clock, which features statuary of Greek Gods to represent the key virtues of railroads such as Mercury for speed, Hercules for strength, and Minerva for intellect. The Tiffany Clock spans 14 feet in diameter and is regarded as the largest representation of Tiffany glass in the world. It is, in fact, a 48-foot-high statue simply titled “Transportation.” By the way, the large clock statue took 7 years to complete.

5 | Learn a Lesson on Acoustics at the Whispering Gallery | The Whispering Gallery is one of the most popular spots at Grand Central Terminal! You will find people here with faces pressed into the corner and probably wonder if the world has suddenly gone bonkers. Actually, there's nothing crazy with the plain looking space and people speaking to walls. What happens is that the gallery can transmit sound from corner to corner so clearly that you can converse with a friend at the lowest whisper and still hear each other – just like you were standing face-to-face. This is an architectural anomaly caused by the building's tiled surface and the arch of its ceiling. The phenomenon can be a learning experience for your kids about acoustics and parabolic dishes. Tell them to stand at opposite corners and talk in low whispers directly into the wall, then watch their faces as they are amazed to discover that whoever they are talking to sounds like he or she is standing right next to them. This is a cool trick to keep the whole family excited while visiting the Grand Central Terminal.

6 | Gaze at the Stars in Broad Daylight on the Main Concourse Ceiling | If you know your astrology well, you could try to name all the constellations featured in the astronomical mural painted on the Main Concourse ceiling at the Grand Central Terminal. The ceiling is a massive zodiac piece of art featuring 12 constellations and 2,500 stars – 59 of which are actually illuminated by LEDs for a more dramatic effect. Another thing you'll notice is that the zodiac on the ceiling was painted backward, either by accident or for reasons no one can comprehend. All in all, the Main Concourse zodiac ceiling is definitely worth a long look when you visit Grand Central Terminal.

7 | Learn a Historical Lesson from a Hole in the Ceiling | While you are admiring the zodiac Main Concourse ceiling, check the space close to Pisces the Fish and you’ll notice a black circle. The hole was intentionally made on the ceiling for a very unusual reason. At the height of the Cold War in 1957, the United States placed a large Redstone missile in the terminal to reduce fears of insecurity after the Soviet Union launched a Sputnik satellite. Due to the sheer size of the missile and the fact that it would interfere with traffic flow inside the Terminal, a hole was drilled on the ceiling to hang the missile above the floor. The hole was never covered after the missile was removed. It was left as a testament to the different historical periods that the Grand Central Terminal has endured.

8 | Visit Shops and the Grand Central Market at the Station | Believe it or not, you can also shop at the Grand Central Terminal. There is the popularly known Transit Museum Shop and more than 65 stores selling all types of things to commuters and visitors. Some of the popular kid-friendly stores include PIQ for quirky gifts and Kidding Around, which stocks an endless range of toys and colorful gifts. The Grand Central Market is another great shopping option at the giant Terminal. It features 13 local vendors of gourmet ingredients and fresh produce. The European-style market receives more than 10,000 visitors every day.

9 | Find Out Why the Biltmore Room is Known as The Kissing Room | In the days when long-distance train travel was the fastest and most reliable means of travel, the 20th Century Limited arrived in New York City from the West Coast on tracks located near the Biltmore Room. Its passengers, who included movie celebrities and politicians, would often alight and reunite with their families and loved ones with much hugging and kissing. This is how Biltmore got the nickname “The Kissing Room.”

10 | Dining at the Grand Central Terminal | Grand Central Terminal has a wide range of dining options ranging from sweet retreats to restaurants. If you want to experience the old NYC glamour, head down to the subterranean Dining Concourse. There are kid-friendly dining options as well such as the Shake Shack and the Magnolia Bakery. One eatery you should not miss is the Grand Central Oyster Bar, which is more suitable for a date night than a family meal. They serve a wide range of delicious oyster specialties.

Last Tips on Things to Do in Grand Central Station

Make sure to at least visit the Jackie Kennedy Onassis Foyer at Park Avenue and 42nd Streets, the Vanderbilt Hall that used to be the main waiting hall but is now used as a large event space complete with five spectacular chandeliers, and the New York Transit Museum Gallery and Annex to see historical exhibits and even buy a gift or souvenir at the gift shop.

There are many ideas to keep you fully occupied when you visit the Grand Central Terminal. It is a fun and historical site besides being the major rail transport hub of New York City. And while you’re sightseeing in Midtown East, don’t miss the opportunity to visit the best rooftop bars in Manhattan and take advantage of NYC hotel deals for 2021. 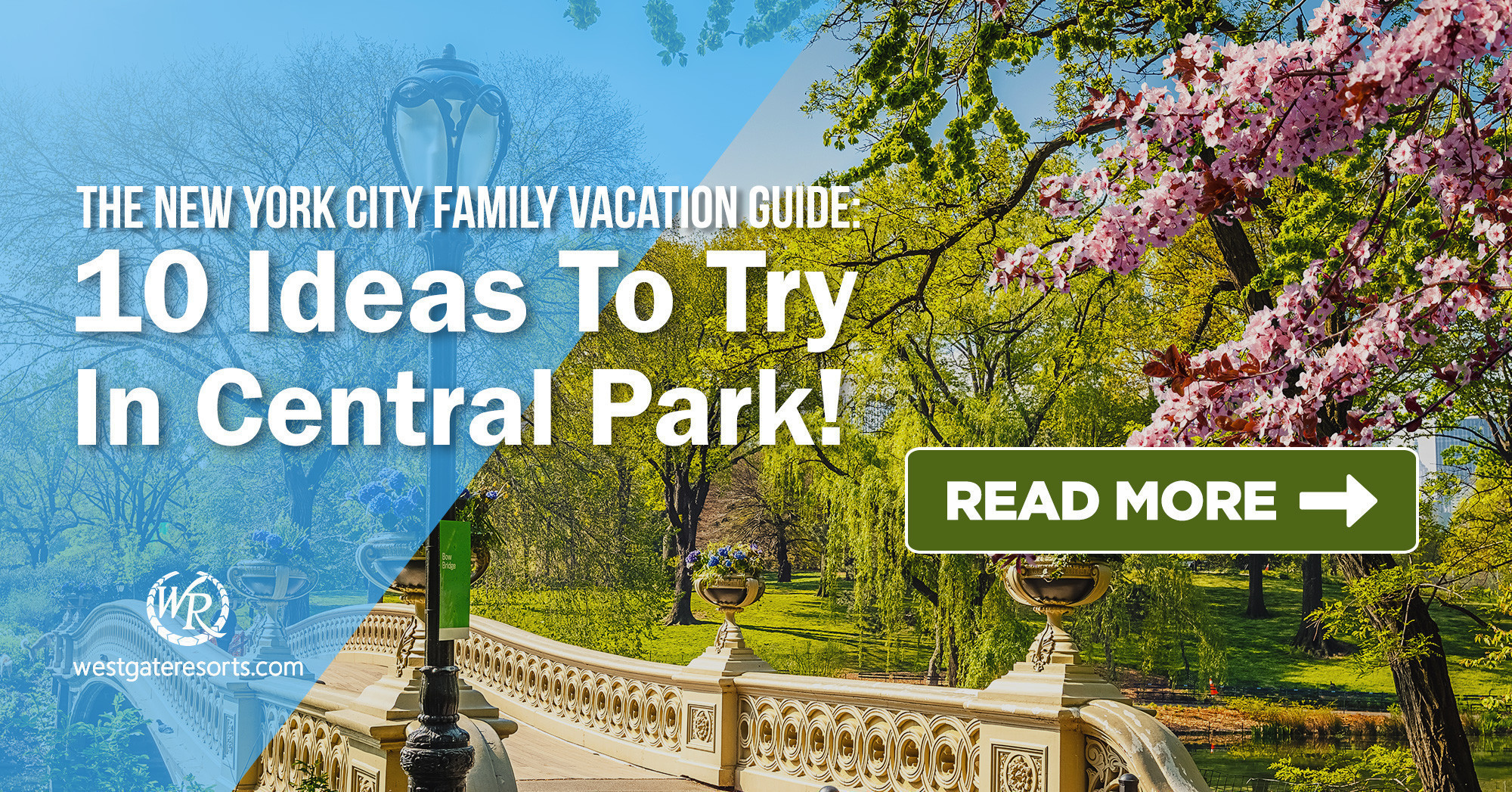