“London is satisfied, Paris is resigned, but New York is always hopeful. Always it believes that something good is about to come off, and it must hurry to meet it.” – Dorothy Parker

New York City, the Big Apple, the island city, the city where racehorse jockeys of the 1920s hoped to win because of the great prizes.

In those times, when something was “the big apple” that meant it was the best, surpassing anything anywhere. John Fitzgerald, writer for the New York Morning Telegraph, wrote that the was only one Big Apple, and that was New York, and that any jockey who had ever thrown a leg over a horse wanted to ride there.

New York City is the Big Apple to a lot of other people, too. It is the place where many of the big publishing houses have their headquarters. Broadway, the home of many famous musicals and stage plays, is so famous that if you star in a successful Broadway play, you can consider that you’ve “made it.” For that matter, even starring in an “off-Broadway play” in the Big Apple means that you might be on your way, especially if it is a success.

NYC was (and still is) the Big Apple for jazz musicians. Jazz might have its roots in New Orleans, but it was in New York City where they could “make it big.”

John D. Fitzgerald lived on the corner of Broadway and 54th Street for thirty years. In addition to being a newspaper reporter, he wrote several novels and a series of children’s books featuring “The Great Brain.” In his honor, that corner is now known as The Big Apple Corner.

New York City was once called New Amsterdam and was founded in 1624 by the Dutch Republic, as a trading post. Never as sophisticated as Boston, or as grounded in the Thirteen Colonies political scene as Philadelphia, it was nonetheless a bustling, busy, trade center that quickly grew into a city.

If you are vacationing in New York, be sure to visit the most relaxing spots in NYC. From the cheap places to eat in New York City Times Square to Broadway shows on 54th street, you’ll also find many other attractions and fun things to do and see. Be sure to add the Museum of Modern Art, The Rockefeller Center, Grand Central Terminal, One World Trade Center, Radio City Music Hall, and the 9/11 Memorial Plaza to your list of things to experience.

10 Ideas to Try in Midtown East!

The easiest way to get a feel for NYC is to get a pass for a Hop-On, Hop-Off tour bus that will let you go to famous and less famous sites around the city, taking it all in at your own pace. The bus will go to all quadrants of the city.

The passes are good for several days, making it possible to visit a wide variety of attractions, including some that are slightly off the beaten path.

1 | Hop-On, Hop-Off Bus Tours | Get your visit to the Big Apple off to a good start by planning your transportation. Traffic in New York City is challenging to drive in, and parking is at a premium. While not completely ideal, these tours allow you to travel to the area you wish to visit and then to return to the bus on your own schedule. The buses can become crowded and might or might not be air-conditioned. There are at least four different companies that offer tours: BigBus Tours (Includes Midtown) (Rated 4/5 Stars); Gray Line; CitySights NYC (3 stars, operated under Gray Line License); and TopView, a relatively new company. If you are nervous about getting lost or getting back to your bus, you can opt for hop-on, hop-off guided tours, where you have a guide for the entire route. These companies include USA Guided Tours, City Sights NY, OnBoard NYC, The Ride, The Tour, On Location Tour (See where your favorite movies were filmed), Hush Hip Hop Tour, and for all you Pizza aficionados, the Pizza tour.

Tip: Be sure to hop off at any of the best Instagram spots in NYC for your best shots.

10 Things To Do In Central Park!

The 15 Most Haunted Places in NYC You Need to Visit!

The 10 Best Holiday Markets NYC Has To Offer!

2 | One World Trade Center and 9/11, plus 1993 Memorial | Many of the bus tours begin at the One World Trade Center and the 9/11 Memorial. Visitors (and others) might be surprised to learn that the 9/11 airplane attacks on the World Trade Center were preceded by a truck bombing attack in 1993. Although not as devastating as the airplane attacks, it killed six people and injured a thousand others. Combined with the 9/11 attack, the Memorial lists nearly 3,000 people who were killed. Each day, before the Memorial opens, staff members place a white rose on the names of people who would have had a birthday that day. Local florists donate the roses. The memorial park includes two reflecting pools where the towers once stood, and what is currently the largest man-made waterfall. The Survivor Tree, a pear tree that was found in the wreckage, and more than 400 white oak trees. The Memorial park not only honors those whose lives were lost, but also the men and women who worked to rescue as many people as possible, along with those who were affected by the chemicals and debris that resulted from the destruction. It is a sobering beginning for a tour, but the waterfalls and beautiful trees make it a place of tranquility and reflection.

3 | Times Square | Originally called Long Acre Square, the name was changed after the New York Times Newspaper moved there. It is not only the heart of the business district, it includes Broadway, the Avenue famous for its theatres. It is about four miles from the One World Trade Center, and can be reached by taking the subway from there. It stops #18, #28, & #19 on the Big Bus Tour Map.

4 | Bryant Park | Sometimes also known as Manhattan’s Town Square, Bryant Park is well-known for its ice-skating rink, and such diverse entertainments as Igloo Knitting centers, broom hockey, and exhibitions by Olympic skaters. Summer diversions include the beautiful Carousel, blooming flowers, and outdoor picnic areas, as well as movie nights and other events.

5 | Grand Central Terminal | Originally Grand Central Station, this center was a compromise between railroads and the City of New York. Trains were noisy things that gave off a lot of smoke, so the city planners banned them above 42nd street. Three railroad companies combined efforts to develop a grand station where trains could enter and leave the station. The artwork was designed by French architect Sylvain Saliéres. But the station was outmoded almost before it was completed, the building being unable to handle the traffic of the many trains. By 1900, and expansion was needed, and by the 1920’s it was a bustling hub. But as the railroads became less popular and less used, the building slowly declined. Fortunately, insightful New Yorkers, including the Kennedys, intervened. Today, it is not only a place where buses, subways, and other kinds of transportation meet, Grand Central Terminal houses shops, restaurants, and a broad variety of entertainment. There are even fabulous hotels near Grand Central Station!

6 | The Chrysler Building | For eleven months, before the Empire State Building was completed, it was the tallest building in the world. Built in an art-deco style, it is still the tallest building created of bricks on a steel frame. The crowning spire continues to be a marvel, and is one of the sights to see in New York. The interior design is also a marvel, with the materials drawn from several different states and ingeniously fitted together to make a pleasing whole.

7 | The Kabbalah Centre | Founded in 1920 by Rav Yehuda Ashlag, there are now centers in more than 40 countries. In 1969, Rav Phillip Berg opened instruction to interested learners. It is now a non-profit organization that serves both students and the surrounding community. It is right across the street from Big Bus Tours Stop #22.

8 | Grand Central Library | Just three blocks over from Big Bus Tours stop #22, and from the Kabbalah center is the Grand Central Library. It is a full service, public library with programming for children, community events, and – of course – lots and lots of books. It is a part of the New York City Library system.

9 | Metropolitan Museum of Art | Founded in 1870, it houses samples of more than 5,000 years of art. Collections and displays range from Ancient Egyptian, Greek and Roman art to a special display/program called Met Kids, which is by and for children of all ages. Be sure to allow plenty of time for this stop, because you could spend weeks in this museum.

Tip: Thirsting for more knowledge? Take your pick from the long list of best free museums in NYC featured on our Travel Blog.

10 | Central Park Zoo | End your tour on a happy note by viewing the many animals and exhibits available at the Central Park Zoo. There is a bus stop at the Tisch Children’s Zoo. From there it is a pleasant walk over to the rest of the zoo. In addition to the animals’ exhibits, which includes an opportunity to observe feeding times, there is also the 4-D Theater. Please read the park rules before beginning your visit.

Last Tips on Other Things to Do in New York City

Many of the locations in NYC charge an entrance fee. You can save money on some things by purchasing universal passes, or bus passes that include entry fees - and be sure to check out our guide to free outdoor movies in NYC featured on our Travel Blog. To avoid disappointing experiences, read brochures, tickets and ticket receipts carefully. And for the full NYC experience, explore the most haunted places in NYC, amazingly weird things to do at night in New York, historic taverns in NYC you need to try, best karaoke places in NYC and many more must-see options listed on our Travel Blog. Let the laughs begin!

Use Our Handy Map to Find Your Way Around Midtown East! 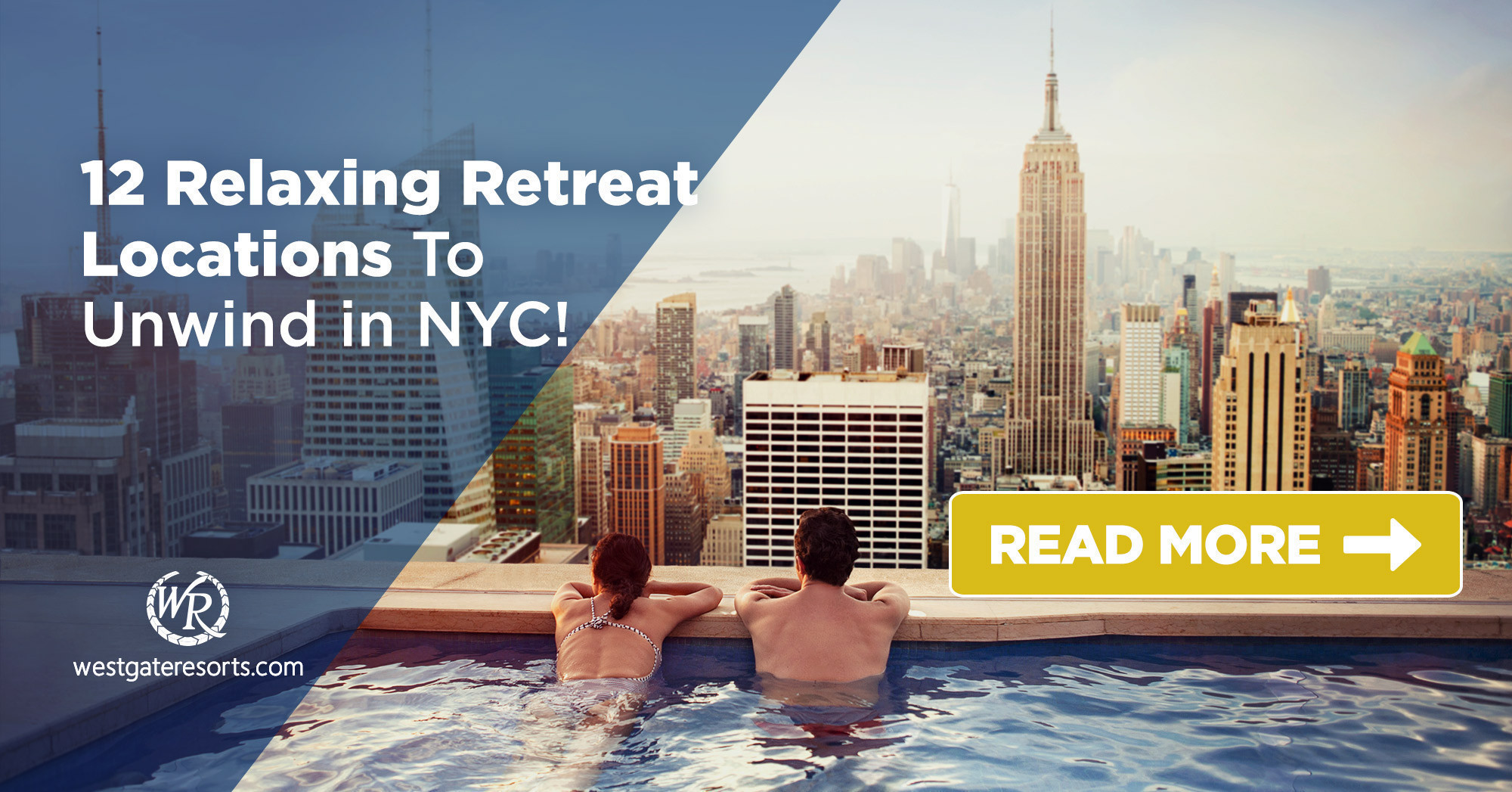