“New York was no mere city. It was instead an infinitely romantic notion, the mysterious nexus of all love and money and power, the shining and the perishable dream itself.” – Joan Didion

Is your Instagram feed clogged with stale images and clichés documenting the uninspired frozen dinner you ate last night, an “adorable” pet, the clouds from an airplane window, workout selfie, bland inspirational quote or favorite Starbucks beverage? Fortunately, New York City is full of countless fascinating Instagram shots (including the best views of Manhattanhenge 2021) just waiting for you to capture as you revitalize your Instagram feed. From the stunning Manhattan skyline and incredible globally recognized landmarks such as Grand Central Terminal, the Brooklyn Bridge and Flatiron Building to the colorful street art and murals spread throughout all five boroughs, NYC is truly an Instagrammer’s paradise. So, are you ready to take your Instagram feed up a notch and make your followers green with envy? Head out for a grammable day trip or get ready to snap some weird things to do in NYC at night as you check out the 15 best Instagram spots in NYC:

1 | DUMBO and the Brooklyn Bridge Park | An Instagram tour of NYC is not complete without a visit to DUMBO (aka Down Under the Manhattan Bridge Overpass) at Washington Street between Front and Water streets in Brooklyn. By framing your shot just right between the signature red-brick warehouses, you will capture a spectacular view of the Washington Bridge with the Midtown Manhattan skyline in the background (also make sure to frame the Empire State Building between the legs of the bridge for the perfect Instagram photo). Then stroll over to the scenic Brooklyn Bridge Park, which lies directly under the Brooklyn Bridge for some additional Instagram-worthy shots. By the way, DUMBO features prominently in Sergio Leone’s epic gangster flick, Once Upon a Time in America (1984), as well as many other notable films over the years such as Killer’s Kiss (1955), The French Connection (1971) and Vanilla Sky (2001).

2 | Central Park | With more than 840 acres of spectacular greenery and a multitude of eclectic attractions and landmarks, Central Park in Manhattan provides endless Instagram opportunities such as the Bethesda Terrace and Fountain (with its stunning Angel of the Waters statue), The Mall and Literary Walk, The Pond, Belvedere Castle, The Ramble, Central Park Boathouse, Hallett Nature Sanctuary, Sheep Meadow, Strawberry Fields and Imagine Mosaic (John Lennon memorial), Azalea Pond and Bridge, Central Park Zoo and Metropolitan Museum of Art, among others. Designed by Frederick Law Olmsted and Calvert Vaux and first opened to the public in 1858, Central Park has been designated a National Historic Landmark and is on the tentative list for UNESCO World Heritage Sites. It is currently managed by the Central Park Conservancy.

5 | Brooklyn Bridge | Designated a National Historic Landmark, the incredibly scenic, 5,989-foot-long Brooklyn Bridge, which stretches across the East River linking Brooklyn with Manhattan (and was completed in 1883 as the world’s first steel-wire suspension bridge), makes for the perfect eye-catching Instagram photo. Take the Pedestrian Walkway for spectacular views of the Brooklyn Bridge’s majestic cabled arches, the glorious Manhattan skyline and the Statue of Liberty in the distance.

6 | Street Art | New York City has no shortage of colorful street art, making the Big Apple an Instagrammer’s dream! Here is some of the best NYC street art to seek out:

WHERE: Various Locations Above

8 | Audrey Hepburn Mural | A colorful and highly Instagrammable mural of legendary actress and humanitarian Audrey Hepburn (1929-93) created by Brooklyn-based artist Tristan Eaton graces a wall outside Caffe Roma in the heart of Manhattan’s Little Italy. Set against a red brick background, “Audrey of Mulberry” was painted as part of the L.I.S.A. (Little Italy Street Art) Project. One of Hepburn’s signature roles, of course, was that of troubled socialite “Holly Golightly” in Breakfast at Tiffany’s (1961), which was based on the 1958 novella of the same name by Truman Capote and has evolved into one of the most iconic New York City films in history. If you're looking for a great backdrop for a fashionable selfie shot, then throw on your best travel dress for fall (season permitting!) and snap a few crisp selfies to make your besties want to visit you at Tiffany's!

10 | The Oculus | Designed by Spanish architect Santiago Calatrava, the $4 billion (yes, that’s billion with a b!) Oculus in Lower Manhattan serves as the centerpiece of the state-of-the-art World Trade Center Transportation Hub. Although the exterior of the hub has been likened to everything from a “a dove with clipped wings” to a “beached whale carcass,” the interior’s futuristic-looking, rib-like skylight has become immensely popular with Instagrammers.

11 | Stuyvesant Street | The row of historic, ivy-covered brownstone townhouses (including the 1861 Renwick Triangle) located where diagonal Stuyvesant Street (one of Manhattan’s oldest streets) meets East 10th Street in the heart of the East Village offers a great backdrop for the perfect Instagram photo. The majority of Stuyvesant Street lies within the St. Mark’s Historic District, which is listed on the National Register of Historic Places.

12 | Pietro Nolita | A casual Italian eatery entirely bathed in pink, Pietro Nolita has been described as everything from “a pink wonderland” to “an Instagrammer’s pink paradise.” The pink motif not only applies to the exterior, sign and walls of the restaurant, but to the tables, chairs and just about everything else (believe it or not, Pietro Nolita’s slogan is actually “Pink as F**k”)! According to Architectural Digest, Pietro Nolita, which is located in Lower Manhattan, “stands out for its contemporary décor, all in an eye-catching shade of pink.”

14 | L’Appartement Sézane | Billed as “a bit of Paris in the heart of Nolita,” this charming French lifestyle boutique in Manhattan’s East Village is an Instagrammer’s delight with its spectacular storefront that features colorful flower arches, striped awnings, an assortment of potted plants and even a retro bicycle. A quote on the boutique’s window from French artist Henri Matisse reads, “There are always flowers for those that want to see them.”

BONUS #1 | The High Line | For a unique NYC Instagram-inspired excursion, take a scenic stroll along the High Line, a 1.45-mile-long public park in Manhattan built on an elevated freight train line 30 feet above street level. Enjoy amazing views of the New York City skyline on the High Line, which has been universally praise as a prime example of successful contemporary landscape architecture. One of the most popular Instagram-worthy spots on the High Line is the 10th Avenue Square – “a grove of three-flowered maple trees [that] frames a spectacular view of the Statue of Liberty and Ellis Island,” according to the High Line’s official website.

BONUS #2 | NoMo SoHo | One of the most popular Instagrammable locales in the funky Lower Manhattan neighborhood of SoHo is the dramatic entrance to Nomo Kitchen at NoMo SoHo with its “gorgeous tunnel of greenery and fairy lights,” according to the official website. The eatery itself, which specializes in globally inspired cuisine, boasts glass chandeliers, expansive skylights, golden curtains and plants everywhere. It’s the perfect spot to brighten up anyone’s Instagram feed. By the way, NoMo stands for “nostalgic and modern.”

BONUS #3 | Guggenheim Museum | Designed by legendary architect Frank Lloyd Wright (1867-1959) and opened in 1959, the instantly Instagrammable Solomon R. Guggenheim Museum in the Upper East Side of Manhattan features a stunning spiral rotunda and a majestic domed skylight. With typical bravado, Wright aspired to “make the building and the painting an uninterrupted, beautiful symphony such as never existed in the world of Art before.” After taking some Instagram-worthy photos (don’t miss the chance to get a few interior shots of the iconic skylight), spend some time browsing the cylindrical Guggenheim Museum – which boasts one of the world’s most influential modern art collections – housing the works of such influential artists as Edouard Manet, Paul Gauguin, Kazimir Malevich, Pierre Bonnard, Pablo Picasso, Paul Cezanne, Juan Gris, Paul Klee and Marc Chagall, among many others.

Think You Know The Most Instagrammable Places in NYC?

Did we miss something? Maybe some hidden spots in NYC or concrete culdesac or experiential nook of Manhattan you feel compelled to correct us on? That's cool! Share this post and DM us on social media to let us know where you think the best Instagram spots in NYC are, and whether you feel as if this list of Instagram-worthy places in NYC should be updated with your best pics! Better yet, send us a link to your best Instagram moment in New York City and maybe we'll embed it here on the Westgate Resorts travel blog!

So now that you know, isn't it time to go out and forge your own Instagram challenge armed with some of the best Instagrammable material available in all of The Big Apple? Feel like taking it a step further and entering one of our social media contests? Book a stay at Westgate New York City today and you might be presented with the opportunity to share your most snap-worthy pics of NYC in exchange for a chance to win a super sweet prize or discount on a stay at our New York City hotel!

Love our travel blog? Find out about the best hotel New York has to offer, explore manhattan NY like you've never seen it before, take advantage of our amazing Tri-State resident hotel rate, plan a United Nations visit, discover the best hotel rooms in NYC with balconies,.... PLUS... learn more about fun things to do in NYC at night, and Manhattanhenge 2019 all at these links! 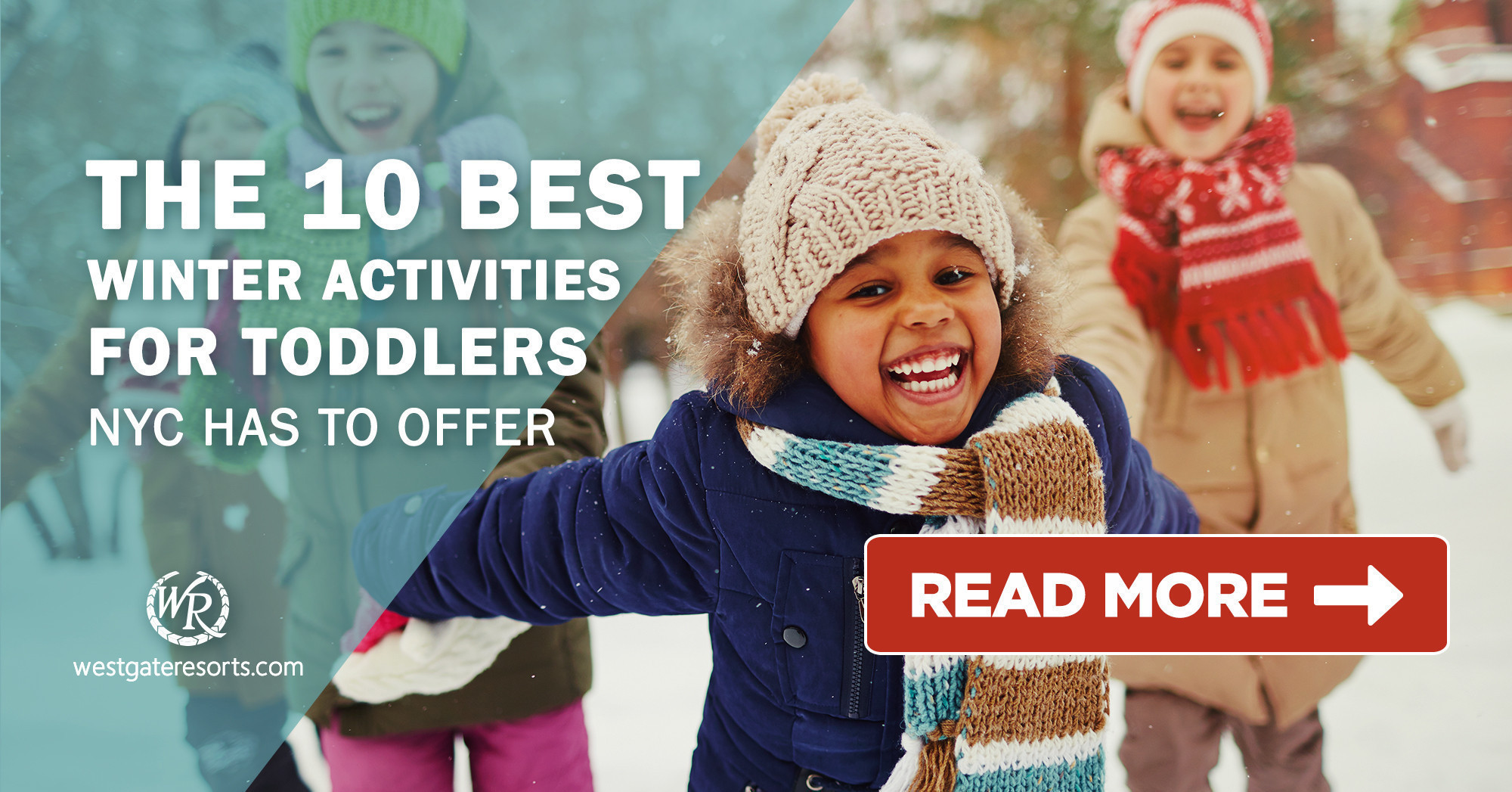