NYC Retreats And Quiet Locations to Unwind In Manhattan

“How beautiful it is to do nothing, and then to rest afterward.” – Spanish Proverb

Had a full vacation day and looking for some quiet NYC retreats to hideaway in for a while as you recharge? Comedian Lewis Black once quipped, “The reason I live in New York City is because it’s the loudest city on the planet Earth.” In fact, the nonstop-bustling nature of the “City That Never Sleeps” forms a large part of the Big Apple’s overall appeal for both visitors and residents alike. However, in a city of 8.5 million people, it can be quite challenging to find a little peace and quiet far from the madding crowd (as Thomas Hardy would say) when you just want a brief reprieve from NYC’s frenetic urban energy. Fortunately, New York City does boast some unexpectedly quiet places for those who seek them out. Here are 12 relaxing retreat locations to relax and unwind in NYC:

20 Weird Things To Do In NYC At Night

8 Reasons To Add Little Italy in the Bronx to Your NYC Must See List!

2 | The Cloisters Museum & Gardens | One of NYC’s most amazing urban retreats, The Cloisters Museum & Gardens overlooks the scenic Hudson River within 66-acre Fort Tryon Park in Upper Manhattan. A branch of the Metropolitan Museum of Art, The Cloisters (AKA “The Met Cloisters”) opened in 1938 and features a distinctive ornate design inspired by the famous abbeys of Europe. Visitors of The Cloisters can view approximately 2,000 art and artifacts from Medieval Europe (most dating between the 12th and 15th centuries), stroll through the beautiful gardens, hike along winding trails, grab a bite to eat at the Trie Café, browse through the museum gift shop and admire scenic views of the Hudson River.

4 | The Ramble, Central Park | Nestled in the heart of Central Park lies a retreat within a retreat, the 36-acre wilderness oasis known as The Ramble. Visual treats abound in The Ramble, which was described by Central Park co-designer Frederick Law Olmsted (the “Father of Landscape Architecture”) as a “wild garden.” With winding pathways, manmade streams and abundant flora, as well as striking features like the Stone Arch (one of the most picturesque bridges in Central Park), The Ramble provides the perfect locale to immerse yourself in nature. In addition, the Ramble, which lies in the mid-section of Central Park between The Lake and The Great Lawn, also serves as a birder’s paradise with approximately 230 species recorded over the years.

5 | Green-Wood Cemetery | Not only can you find peace and solitude within the beautiful Green-Wood Cemetery in Brooklyn, but you can get quite a fascinating history lesson as well. A National Historic Landmark, the 478-acre Green-Wood Cemetery opened in 1838 on the site of a famous Revolutionary War battle called the Battle of Long Island (AKA Battle of Brooklyn Heights). In addition, many famous (and infamous!) New Yorkers are buried here such as author and statesman Horace Greeley (1811-72), clergyman and social reformer Rev. Henry Ward Beecher (1813-87), corrupt Tammany Hall politician William M. “Boss Tweed (1823-78), designer Louis Comfort Tiffany (1848-1933), baseball pioneer Charles Ebbets (1859-1925), composer Leonard Bernstein (1918-90), gangster Joseph “Crazy Joe” Gallo (1929-72) and artist Jean-Michel Basquiat (1960-88), among many others. In addition, Green-Wood Cemetery serves as the final resting place of more than 5,000 Civil War veterans from both sides of the conflict.

6 | Burp Castle | Noisy bars are commonplace throughout NYC, so it’s a breath of fresh air when you can actually visit a neighborhood tavern that appreciates the virtue of quiet and reflection. Don’t let the bizarre name throw you off – Burp Castle in the East Village is an eclectic, monastery-themed bar where bartenders (who at one time in the past actually wore monk’s robes) occasionally shush patrons if the noise level gets a little too loud. A plaque on the wall even warns: “No Loud Talking Allowed – Whispering Only – By Order of the Brewist Monks.” Known as a “Temple of Beer Worship,” Burp Castle also specializes in a great selection of finely crafted brews and is decorated with some very colorful and quirky medieval-style murals of rambunctious monks that have to be seen to be believed!

7 | Wave Hill | Few quiet retreat locales in New York City can match the scenery of Wave Hill, a 28-acre public park that lies within the Hudson Hill section of the Bronx and overlooks the Hudson River (with breathtaking views of the majestic New Jersey Palisades). Opened in 1965, Wave Hill is home to the historic Wave Hill House, which dates to 1843 and is listed on the National Register of Historic Places. Other highlights of Wave Hill include Glyndor Gallery, Aquatic Garden, Elliptical Garden, Marco Polo Stufano Conservatory, Abrons Woodland Trail, Pergola Overlook and Perkins Visitor Center & Shop.

8 | Grant’s Tomb, Riverside Park | Remember the age-old riddle, “Who’s buried in Grant’s tomb?” Technically, no one, since Ulysses S. Grant (1822-85) and his wife Julia (1826-1902) are “entombed” and not “buried” within the impressive classical domed mausoleum. A quiet place for reflection located in the Morningside Heights neighborhood of Upper Manhattan, Grant’s Tomb (AKA the General Grant National Memorial) is the largest mausoleum in the United States. Managed by the National Park Service and overlooking the Hudson River in Riverside Park, Grant’s Tomb was designed by architect John Hemenway Duncan and modeled after the Mausoleum of Halicarnassus in Turkey. An engraving on the exterior of the mausoleum reads, “Let Us Have Peace,” which served as Grant’s presidential campaign slogan in 1868. Learn all about the Commanding General of the Union Army during the Civil War and 18th President of the United States at the Visitor Center and Overlook Pavilion, which are located across the street from Grant’s Tomb.

9 | Ichiran Ramen | A unique concept in contemporary NYC dining, Ichiran Ramen in the heart of Times Square provides a welcome haven for anyone who simply wants to eat alone quietly and simply enjoy a savory ramen dish in peace. Just past the main dining room of the eatery lies a hallway filled with rows of small numbered cubicles, each of which has a single stool. After diners sit down, fill out their customized ramen order on the paper menu and push it through a slot, a bamboo curtain opens and a steamy bowl of made-to-order ramen magically appears from a server they never even see. A cult Japanese ramen eatery that has recently made its way to the United States, Ichiran Ramen is known for its meticulously crafted ramen and secret spicy red sauce.

10 | Septuagesimo Uno | Known as “New York City’s Smallest Park,” 0.04-acre Septuagesimo Uno (Latin for “seventy-first”) is located on the south side of 71st Street between Amsterdam and West End avenues in the Upper West Side. Operated and maintained by the NYC Department of Parks and Recreation, tiny Septuagesimo Uno was built in the late 1960s as part of the city’s vest pocket park initiative. Originally known simply as “71st Street Plot,” Septuagesimo Uno is a great spot to chill out and relax as life swirls all around you.

11 | Glass Waterfall Tunnel | Nestled within a small park located on the western side of the McGraw-Hill Building in the Theater District, the mini plexiglass Waterfall Tunnel/Pathway is simply one of the coolest spots in Midtown Manhattan (and just a short walk from Times Square). The mini Waterfall Tunnel connects 48th and 49th streets. It’s also one of the best Instagram spots in NYC, so make plans to visit before or after lunchtime when the area is absolutely bustling with activity.

12 | Abandoned Small Pox Hospital, Roosevelt Island | Take the Roosevelt Island Tramway over the East River to two-mile-long Roosevelt Island for a fascinating visit to the scenic and tranquil ruins of an abandoned hospital that was built in 1856 in order to quarantine smallpox patients. Designed by James Renwick Jr. (who also designed St. Patrick’s Cathedral), the Gothic Revival-style hospital was later used as a nurses’ dormitory before being totally abandoned in the 1950s. In 1975, the “Renwick Ruins” were declared a New York City Landmark (and also listed on the National Register of Historic Places). It is now the home of a group of stray cats, as well as a handful of roaming ghosts, according to various rumors. Other highlights of Roosevelt Island include Franklin D. Roosevelt Four Freedoms Park, Octagon Tower, Roosevelt Island Lighthouse and the historic 1796 Blackwell House. By the way, the hospital ruins on Roosevelt Island serve as a backdrop in the video game Grand Theft Auto IV.

BONUS | Profundo Day Club | Hit Long Island City at Profundo Day Club, which has 30 chairs, 26 days beds, and 13 cabanas worth of work-less, mid-day relaxation (or quasi-relaxation, amind the jiggle of buff bodies and clinking glasses), as well as their much-acclaimed dicso ball that hovers over the pool. Day passes (to the tune of $60) allow you to reserve your seat of and bask in the glow of tanned tones, and hot toddies, with nothing but clear views and unobstructed sunlight to compliment you cool-off cocktails as you perch poolside with your besties or by yourself. Fair warning though, it's no exactly a deserted poolside mix, if you take our meaning,... so if your idea of 'relaxing' runs towards the morning-rave-pool-party posh crowd, then this will be right up your alley!

Beating A Hasty Retreat But Not Sure Where To Go?

Check out this super sweet map of NYC retreats below before you go, so you can get your chill on in style - and via the quickest route (because nothing spoils a relaxing afternoon like sitting 2 hours in an UBER because you didn't know quite how to get there!)... retreat map below:

Last Thoughts On NYC Retreats And Other Places To Hide

Okay, so let's face it, some of the things on this list are less than relaxing, in the purest sense, but some are quiet enough to make your day as low key as they come, when you're meandering around Manhattan. And let's face it, with no shortage of weird things to do in NYC at night (including our favorite NYC karaoke haunts), a stream of fall festivals in NYC coming up, and the proverbial (and potential) need to simply 'take a day' if your facing a mild hangover from crawling rooftop bars in Manhattan while looking for the top holiday drinks NYC has to offer, these 'calming' options are a great choice if your want to dial the knob back on wine bars and NYC taverns, and instead opt for a soothing sabbatical. FYI - UPDATE! - One more thing you may want to try is the NYC outdoor movies scene, if you're just looking to take in a flick on a crisp autumn evening!

UPDATE! LOOKING FOR THINGS TO DO IN NYC?

Check out these updated pages if you're looking for MORE things to do in New York City! 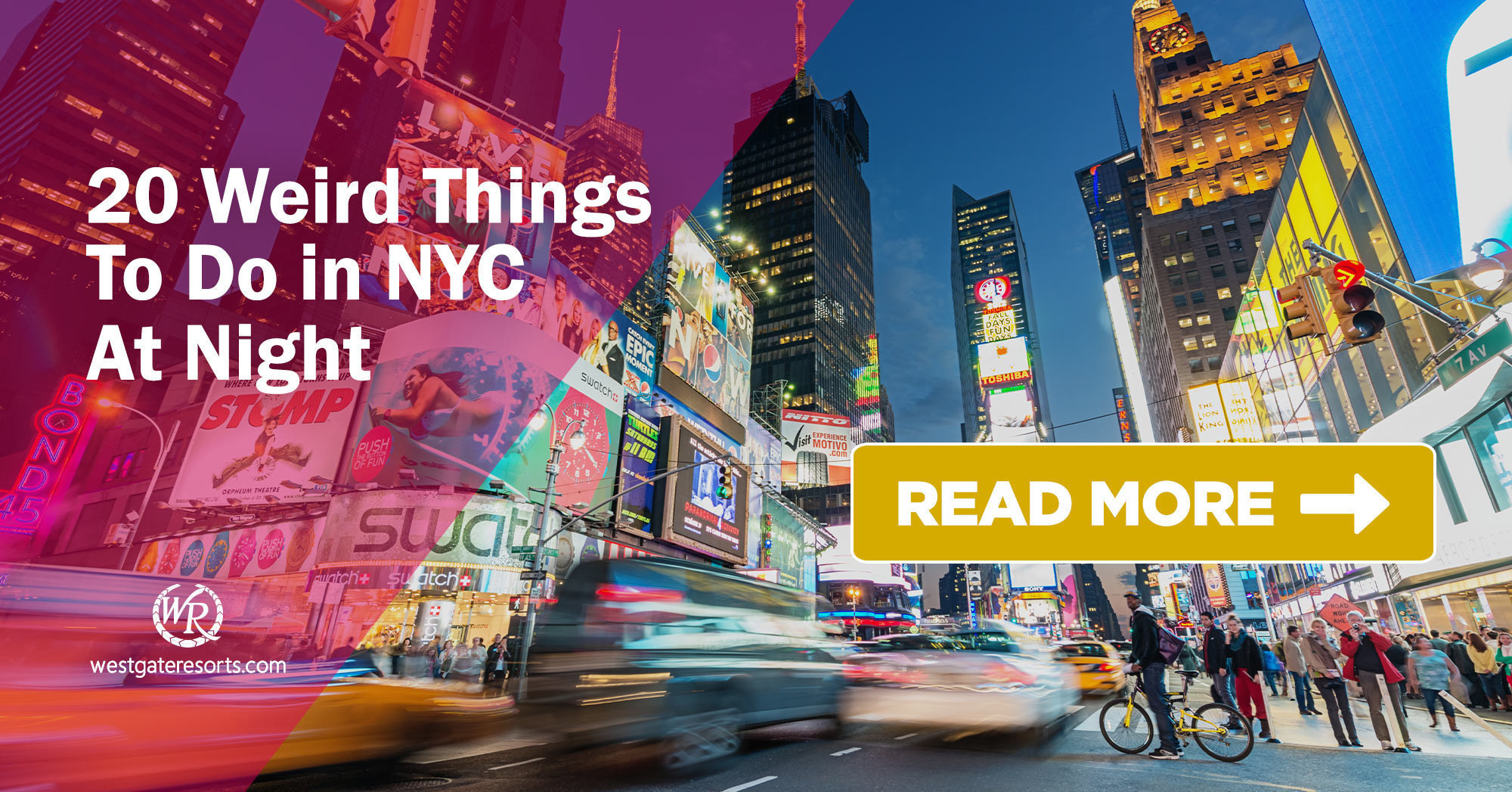