8 Reasons To Add Little Italy in the Bronx to Your NYC Must See List!

Are You Ready To Visit The REAL Little Italy?

“Those who make the trek to the Belmont section of The Bronx – in the belly of the city’s smallest borough – leave New York behind and enter a little corner of Italy.” – New York Post

Everyone knows the Little Italy that can be found in the Lower East Side of Manhattan from the legendary neighborhood’s appearance as the backdrop in a slew of classic films ranging from The Godfather (1972) and Mean Streets (1973) to State of Grace (1990), Donnie Brasco (1997) and many others. However, the Bronx boasts its own version of Little Italy along bustling Arthur Avenue (named for Chester Arthur, 21st president of the United States) in the Belmont neighborhood that some stalwarts actually believe is more authentic than the more famous (and ever-shrinking!) one just north of Chinatown in Manhattan. In fact, many Bronx residents refer to this bustling neighborhood as the “real” Little Italy! According to the Epicurious website, Arthur Avenue “looks a little like an Italian-American food theme park,” while the National Post calls it “one of New York City’s most delicious secrets.” And New York Magazine went so far as to declare, “In general, the restaurants of Arthur Avenue make Mulberry Street’s [in Manhattan’s Little Italy] look like stepchildren of the Olive Garden.”

Indeed, as you stroll through Little Italy in the Bronx, which is billed as “The Good Taste of Tradition,” the Italian influence can be felt everywhere throughout this thriving business district. Its rich ethnic heritage and amazing culinary influence are evinced in the authentic Italian eateries, delis, bakeries, butcher shops, fish markets, pastry shops and specialty stores that can be found here. Believe it or not, many of these local businesses are still owned and operated by the same Italian families that opened them way back in the early 1900s. In addition, Little Italy in the Bronx is also a short stroll from the Bronx Zoo, New York Botanical Garden, Fordham University, Ciccarone Park, the historic Lady of Mount Carmel Church (constructed in 1906), Yankee Stadium, Pelham Bay Park (NYC’s largest park) and other popular Bronx attractions.

Last but certainly not least, Little Italy in the Bronx has also served as the setting of some classic films of its own over the years such as Marty (1955, which starred Ernest Borgnine in the title role and won the Best Picture Oscar), The Seven Ups (1973, which starred Roy Scheider), A Bronx Tale (1993, which marked the directorial debut of Robert De Niro) and The Irishman (2019), among others. Just a few notables who were born and raised in Little Italy in the Bronx include actor Chazz Palminteri (star of A Bronx Tale), author Don DeLillo (White Noise) and singer Dion DiMucci of Dion and the Belmonts (“The Wanderer”). By the way, according to legend, Joe Pesci was “discovered” by Martin Scorsese and De Niro while working as the manager at Amici’s Restaurant in Little Italy in the Bronx and he soon was invited to join the cast of the critically acclaimed boxing drama, Raging Bull (1980). So, what are you waiting for? Here are 8 reasons to add Little Italy in the Bronx to your NYC must see list:

1 | Arthur Avenue Retail Market | No one can truly say they’ve been to Little Italy in the Bronx without experiencing the lively Arthur Avenue Retail Market! It’s a one-stop shop for an array of Italian goods featuring everything from freshly baked breads to pastas, cheeses, sauces, meats, seafood and much more. All in all, this immense Italian market contains a total of nine eateries, five pastry shops, two pasta makers, four butchers, six bread stores, three pork stores, two fish markets, five gourmet delis, three gourmet coffee shops and a wine shop. Don’t miss the opportunity to glimpse the life-size statue of notorious gangster Al Capone at Arthur Avenue Retail Market, which is open daily between 8 AM and 6 PM.

The Ultimate Guide to Free  Indoor Movies in NYC For 2020

3 | Casa Della Mozzarella | This is about as old school as you could possibly get and the lines often go out the door for tasty treats at Casa Della Mozzarella that include an assortment of authentic Italian deli fare, including its legendary hand-pulled mozzarella, outstanding Italian sandwiches, pastas, olive oil, deli meats and much more. First opened in 1993, Madonia Brothers is owned by Italian immigrant Orazio Carciotto – known in these parts simply as the “King of Mozzarella” – and his son, Carlo.

5 | Mario’s Restaurant | Opened in 1919, Mario’s is a true Little Italy in the Bronx institution that has definitely stood the test of time. One of the main reasons that Mario’s has engendered such a loyal customer base is that all the food here is made to order using only the finest high-quality ingredients. Mario’s also boasts an extensive list of imported and domestic wines. According to Forbes, Mario’s is the perfect locale “to thoroughly relax, take your time, schmooze with the folks at the next table, have an aperitif and nibble on a pizza with a bottle of Chianti.”

6 | Ferragosto | Experience Little Italy’s old-world charm at the delightful Ferragosto festival, which was inspired by an ancient Roman festival dating back to 18 B.C, draws approximately 30,000 attendees annually and promises a fun-filled day of wonderful live entertainment, and, of course, plenty of delicious food to go around.

7 | Calabria Pork Store | An amazing assortment of sausages covers every inch of the ceiling of the cavernous Calabria Pork Store (one reviewer described it as a “sausage chandelier”), which specializes in capicollo, cotechino, spicy and sweet soppressata, along with fresh mozzarella and much more. It’s the ultimate destination for all meat lovers who make a visit to Little Italy in the Bronx!

8 | Ciccarone Park | After feasting on some of the delightful food that can be found throughout Little Italy in the Bronx, you may wish to take a little break from all the gastronomic action and Ciccarone Park offers the ideal locale to relax and unwind for a little while. In addition to plenty of park benches scattered throughout, Ciccarone Park features a hugely popular bocce court, as well as a good-size playground. Ciccarone Park was built way back in 1934 and named after Vincent Ciccarone, an Italian-American soldier who died from wounds received while fighting in World War I.

BONUS | Bronx Zoo | “Discover Your Wild Side” at the Bronx Zoo, which encompasses more than 265 acres, making it one of the largest zoos in the United States. The flagship park of the Wildlife Conservation Society, the Bronx Zoo first opened its doors in 1899. Today, the Bronx Zoo serves as home for more than 6,000 animals representing over 700 species. Highlights of the Bronx Zoo include Congo Gorilla Forest, JungleWorld, African Plains, American Bison, Aquatic Bird House and Sea Bird Aviary, Baboon Reserve, Big Bears, Birds of Prey, Carter Giraffe Building, Himalayan Highlands, Madagascar!, Mouse House, Sea Lion Pool, Tiger Mountain, World of Birds, Zoo Center, World of Reptiles, Butterfly Garden (seasonal) and Children’s Zoo (seasonal). The Bronx Zoo is open daily between 10 AM and 4:30 PM (be sure to check hours online before making your visit).

Need A Map To Find Your Way Around? Take Arthur Ave By Storm With This Handy Local Map!

Tour Little Italy in the Bronx Like a Local!

And while you’re enjoying your travels throughout the Big Apple, don’t miss the opportunity to experience 10 things to do in Murray Hill, the best escape rooms Midtown NYC has to offer, 10 ideas to try in Central Park and weird things to do in NYC at night. 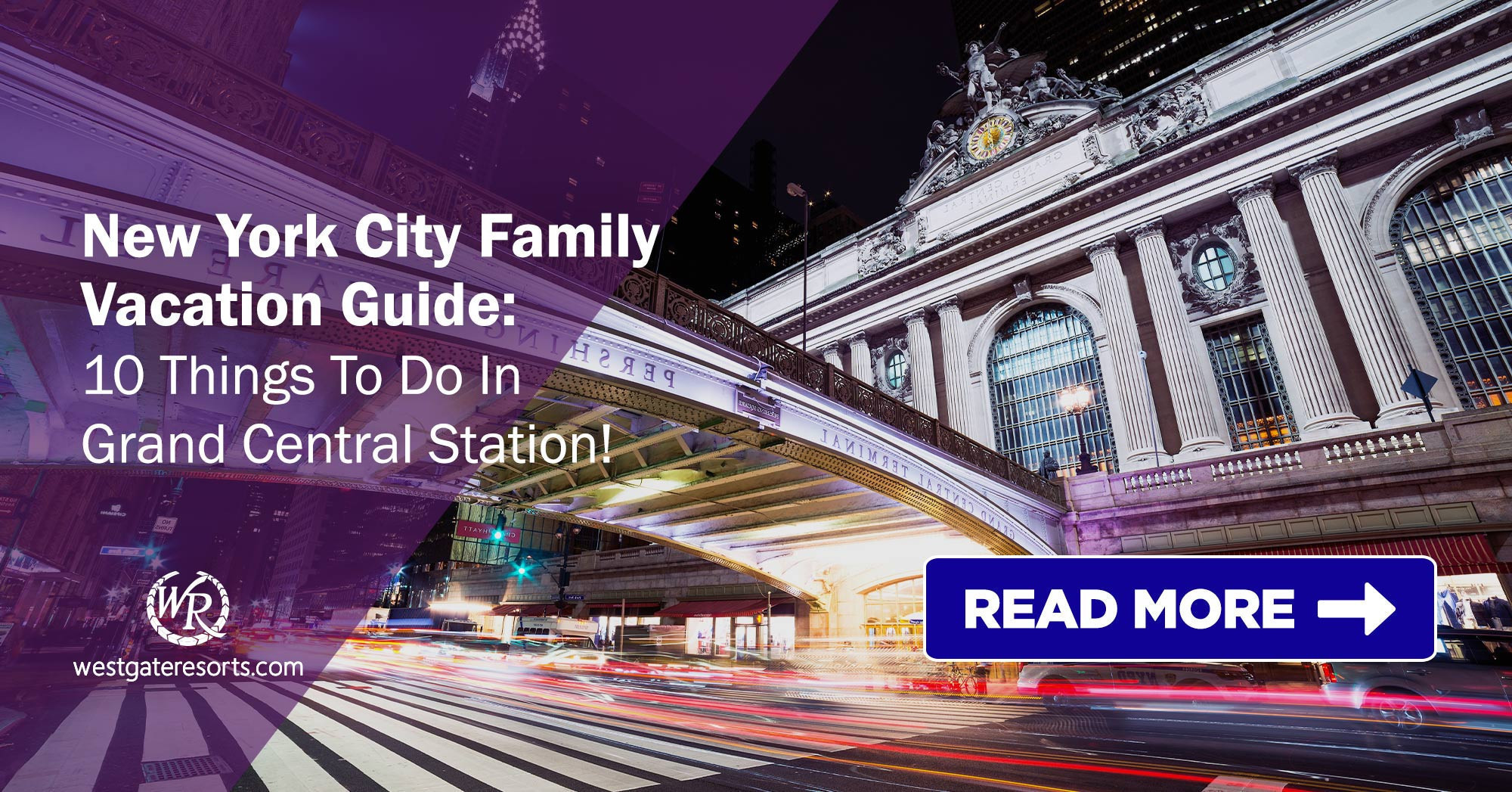