Murray Hill is a charming section of New York City that lies between Madison Avenue and the East River, and between 32nd Street and 42nd Street. Named after Robert Hill and his family who were its first settlers, the area has a rich history that dates as far back as the 1800s. Over time it was transformed into an upscale residential neighborhood which today includes several iconic buildings and landmark locations.

The atmosphere ranges from “just folks” to block parties, depending on the time of year and occasion. The streets are lined with old brownstone houses, although many of them are developing a more modern look. Overall, it has a sort of college town atmosphere, along with plenty of things to see, shops to browse, and a wide variety of eateries that serve good food and drinks. Some sights in Murray Hill are free while others require an entrance fee, but if you are looking for a way to experience the charming blend of old New York feel infused with the down-to-earth casual energy only found in NYC, take some time to explore the entire scene for the full experience of Murray Hill!

Murray Hill is a relatively small area when compared to other parts of New York City, so there is a good chance that you can walk to most of your destinations when exploring this neighborhood. It’s accessible from the subway, and tour buses do stop nearby.

1 | Library Way and Library Walk | One of the wonderful things about New York City that you do not have to pay for everything to get an amazing experience – you just need to be there! First opened in 1911, the family friendly New York Public Library has been declared a National Historic Landmark. Library Way runs along the 41st street between Fifth Avenue and Park Avenue and makes its way in front of the Stephen A. Schwarzman Building, which houses the New York City Public Library (guarded over by the impressive “Patience” and “Fortitude” lion statues). The best way to get there is to walk east and continue down the street. You will know you have arrived when you see elegant metal plaques containing famous literary quotations embedded in the sidewalk at measured intervals. You will see words from legendary authors like Ernest Hemingway, Henry David Thoreau, Willa Cather, Dylan Thomas, William Butler Yeats, Albert Camus, Samuel Beckett, William Carlos Williams, Virginia Woolf, Wallace Stevens, Mark Twain and many others. There is even a quote from William Styron; “A great book should leave you with many experiences, and slightly exhausted at the end. You live several lives reading it.”

TIP: Check out other places to visit on a budget like the free outdoor movies in NYC and free museums in New York City featured on our Travel Blog.

10 Things To Do In Central Park!

15 Haunted Places in NYC You Need to Visit!

TIP: Next, head over to Midtown East and choose your favorite activity from the list of things to do with kids in NYC featured on our Travel Blog.

3 | Scandinavia House: The Nordic Center in America | Managed by the American-Scandinavian Foundation (ASF), this beautiful building is constructed in a spare, minimalist fashion. It houses artworks and sometimes performances from the Scandinavian countries. Scandinavia House: The Nordic Center in America provides educational services that include language construction and even has a children’s room called the Heimbold Family Children’s Playing & Learning Center. Cultural events that take place at Scandinavia House throughout the year include exhibitions, films, concerts, performing arts, lectures, literary events and language courses. Dedicated to preserving and sharing Scandinavian culture, especially for people who have migrated to the United States, it’s also a center for cross-cultural sharing.

4 | Sniffen Court Historic District | One of New York City’s smallest historic districts and listed on the National Register of Historic Places, Sniffen Court is a collection of carriage houses that were converted into apartments when horses and carriages were no longer in use. Although a newspaper article and Wikipedia credit a man named Sniffen with building them, other sources refute this, saying there’s no evidence of such a claim. Regardless of origin, a number of famous people have lived there, including legendary composer Cole Porter (1891-1964). The famous (or infamous) Sniffen Court Players, one of the longest-running amateur theater groups in NYC has its home there. The Doors used Sniffen Court as a backdrop for the cover of the rock band’s second studio album, Strange Days, which was released in 1967 and featured such classic hits as “People Are Strange” and “Love Me Two Times.” The album cover itself showcased a colorful group of street performers. You are not likely to be able to get into tour the carriage house rentals unless there is a vacancy and you are in the market for one as it is a very firmly gated community these days. However, it is still interesting to walk by and take a look.

5 | Empire State Building | This is a landmark building that scarcely needs any introduction. Completed in 1931, it derives its name from one of the nicknames for New York state, which was “the Empire State” because of its role in American history. For 40 years, it was the tallest building in New York City at a height of 1,454 feet tall, until it was surpassed by the north tower of the World Trade Center in 1970. After 9/11, it was again the tallest building in NYC, until it was surpassed by the One World Trade Center (also known as One WTC or Freedom Tower) at 1,776 feet tall. Today, it’s the seventh tallest building in NYC, and is the 46th tallest building in the world. The Art Deco-style architecture alone makes it well worth seeing, but it has two observation decks from which you can view the Rockefeller Center and the rest of the city. It has been the backdrop for several movies, especially the 1933 classic King Kong.

6 | St. Vartan Park | Home to Murray Hill’s largest playground, St. Vartan Park is a big, beautiful family park with lots of playground equipment, mature shady trees and picnic tables. There are racquetball courts for anyone to use, and a fieldhouse that has bathrooms and shuffleboard courts. It is named for the nearby St. Vartan’s Cathedral, a gracious building that is not far away. Although it is not lighted by night, during the day it is an area where people from around the Murray Hill area often bring their children to play, walk their dogs here and even sit at the tables to enjoy a relaxing picnic lunch.

7 | Church of the Incarnation | An Episcopalian church founded in 1850, designed in classic style, the historic Church of the Incarnation is notable for its beautiful stained-glass windows and its intricate artwork. Also worth mentioning is that it was the church attended by First Lady Eleanor Roosevelt and Admiral David Farragut (the first real admiral, vice admiral and admiral in the United States Navy), as well as other first families of New York. Sara Roosevelt’s (FDR’s mother) funeral was held there, and a ramp was built so that her son could attend.

8 | The Chanin Building | If you love art deco designs, this is a Midtown Manhattan building you don’t want to miss. While neither the tallest or most elaborate, it has several unique features. The base is constructed of Belgian black marble. It’s topped by a bronze frieze that shows stages of evolution. The lobby was once a palatial bus terminal and now connects to the Grand Central subway station. Designated as a New York City Landmark and listed on the National Register of Historic Places, the Chanin Building was completed in 1929. By the way, the 56-story Chanin Building was the original home of WQXR-FM until it moved to the Empire State Building.

9 | John V. Lindsay East River Park | The park was originally designed by Robert Moses, the parks commissioner. With FDR’s backing, he managed to wangle the land to create a waterfront park. Originally, it had an amphitheater that was used for musical performances, plays and high school commencement exercises. Gradually, however, the amphitheater fell into disrepair and was then vandalized. In the 1990s, extensive restorations were carried out, and in 2001 it was renamed John V. Lindsay in honor of the NYC mayor who was in office during turbulent times. It is part of the East River Esplanade, a series of interconnected parks that stretch along the East River.

10 | United Nations | This is another building that needs very little introduction. But if you are in the Murray Hill vicinity, this is one place you don’t want to miss. Tours are available in all six official languages of the United Nations: English, Arabic, Chinese, French, Russian and Spanish. During the summer when no debates are going on, visitors are encouraged to stroll around the gardens and to enjoy the lovely flowers, cherry trees and artworks. Educational tours are available for children. Interestingly, although it is located in New York City, the land on which the United Nations stands is technically international. The property was donated by the Rockefeller family. Visitors will see the various chambers of the U.N. Assembly, as well as artworks and displays about various projects around the world. There is even a big counter that shows the amount of money that is spent on military efforts in comparison to that spent on humanitarian concerns.

Need A Map To Find Your Way Around?

Last Tips On Other Things To Do In Murray Hill

As you can see, Murray Hill has a fascinating history. Famous people of all sorts have lived on its sharp slope, right along with regular, ordinary people.

One reviewer of St. Vartan Park remembered playing racquetball with youngsters of at least six different nationalities. You could tell from the way he spoke that he missed his friends of long ago.

With its rich history and quiet culture, it is almost as if Murray Hill was a completely different place from New York City. Here, there is far less hustle and bustle, and more of a calm buzz and people go about their daily lives.

Still, if you haven’t viewed some of the sights, such as the stone lions in front of the library, the Library Walk or the beautiful stained glass in the cathedral, then take some time before you leave New York City to see them. While you’re at it, don’t miss the opportunity to enjoy some of the top Midtown restaurants, delightfully weird things to do in NYC at night, and historic taverns in NYC. If you are in the mood experience the New York City nightlife, add escape rooms in NYC or karaoke places in New York City and the best rooftop bars in NYC during your visit to the Big Apple.

If you live in the area but have never been sightseeing, now would be a good time to start and to become acquainted with some of the things that are in your own backyard. 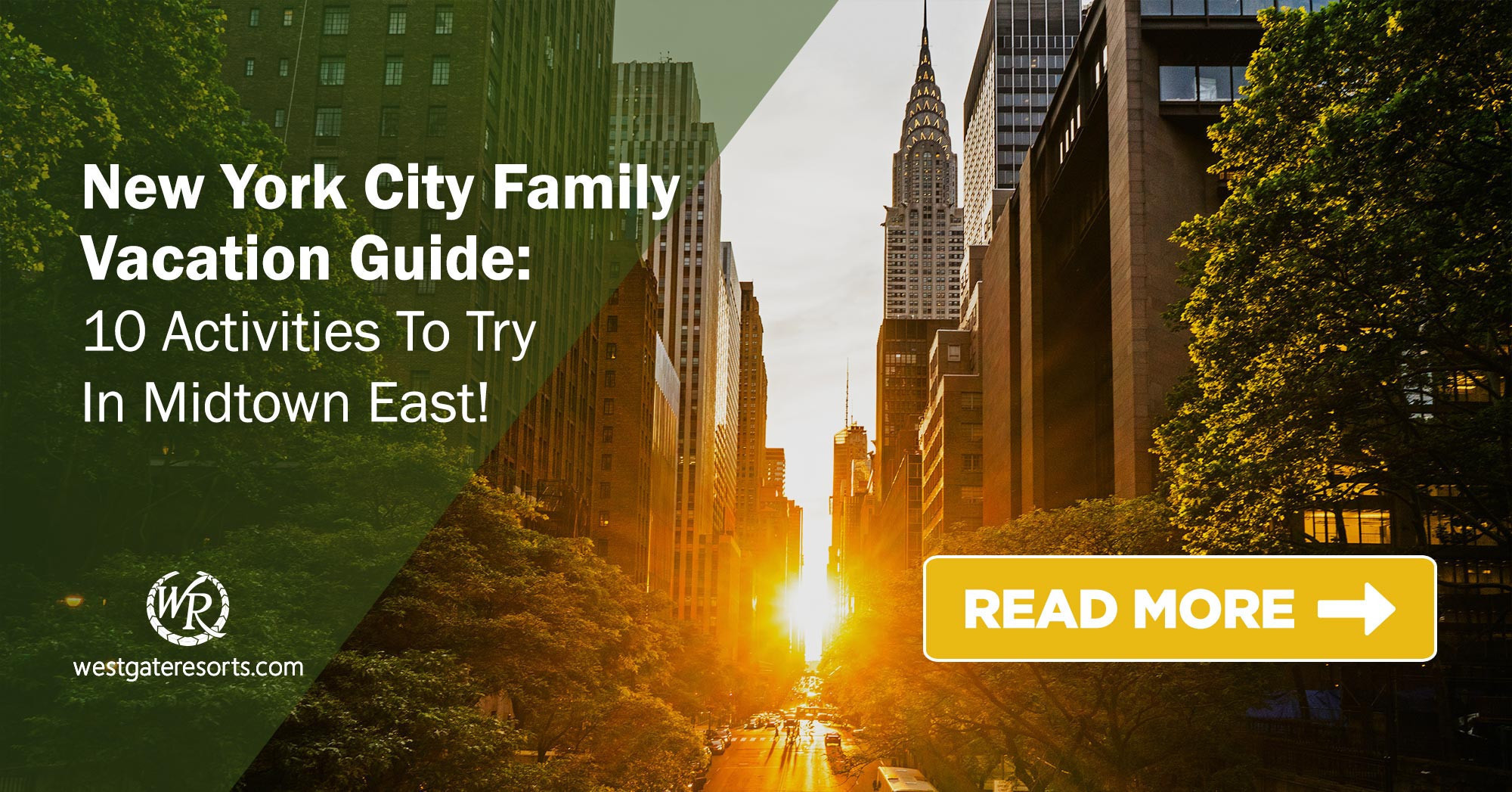