The 12 Most Popular Hidden Haunts Near Orlando the Locals Won’t Talk About!

So you’ve explored every Orlando area theme park, dined at Disney Springs and Universal CityWalk, rode the Orlando Eye and even checked out all the world-famous International Drive attractions – think you have a feel for the real Orlando? Wrong! Those Central Florida visitors who are lucky enough to venture beyond the well-trod tourist areas famous for Westgate's family hotels in Orlando,... can experience hidden treasures that locals won’t even discuss (let’s face it, they don’t want these Orlando hotspots to become overwhelmed with visitors). However, once your curiousity shifts from the best place to buy Disney tickets to the best place for breakfast in Orlando, then these 12 hidden haunts near Orlando are you 'new jam'! Shhhh! Just don’t tell anyone else, okay? 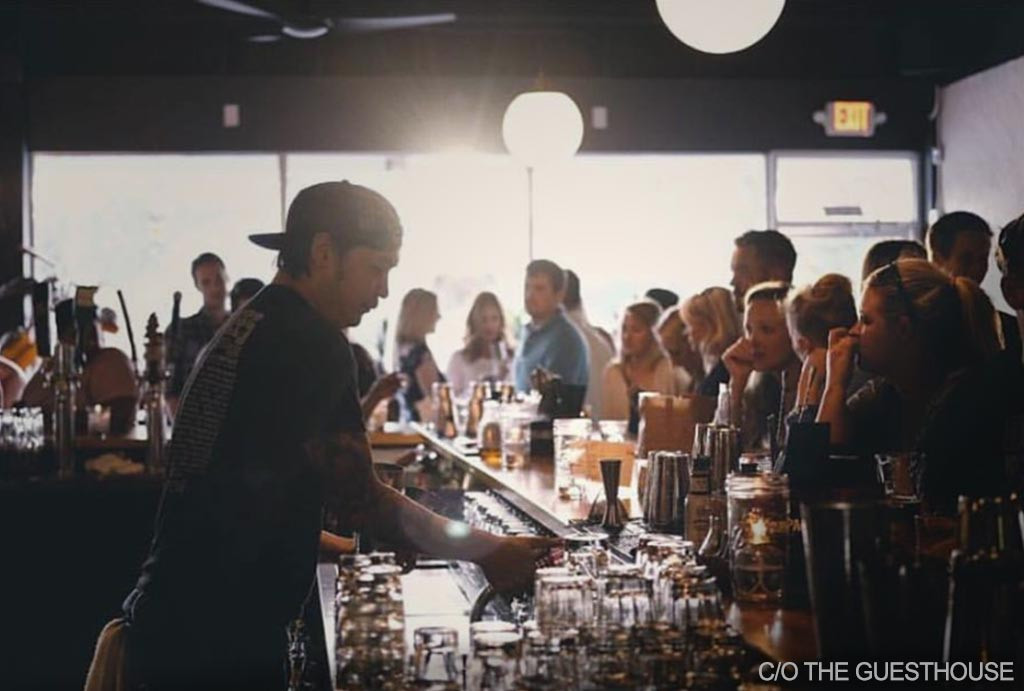 1 | The Guesthouse | There may be a lot of bars in Orlando on (or near) the I Drive area, but if you're ready to hit the real downtown under-stated (but never under-rated) scene, The Guesthouse is your first stop. A great neighborhood cocktail bar with a true hipster vibe, The Guesthouse, which lies in the heart of the Mills 50 District of Orlando in the former home of the Peacock Room, boasts crafty cocktails and a lively happy hour in a welcoming atmosphere that overflows with greenery. In addition to its array of creative and classic specialty cocktails, The Guesthouse serves a nice selection of bottled and draft beers, as well as wines. In addition, a food truck is parked outside when hunger pangs strike.

9 Weird Facts About Disney World Everyone Thinks Are True! 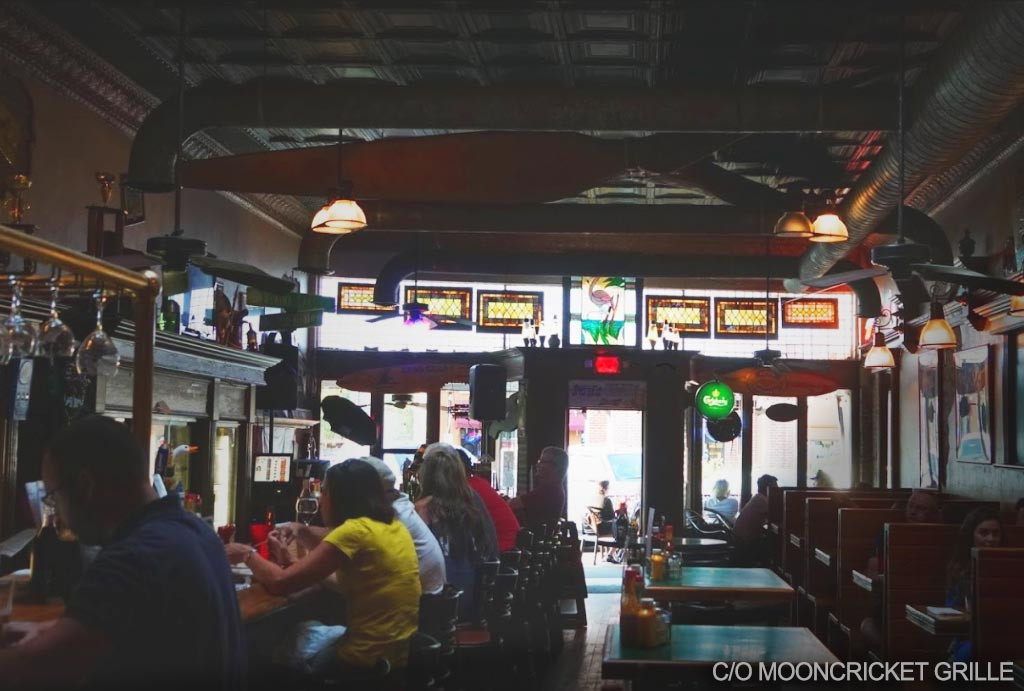 2 | MoonCricket Grille | Ideally located in downtown Winter Garden (directly in front of the clock tower), MoonCricket Grille is housed in a 1912 building that once served as the home of Cappleman Brothers Grocery Store. A unique eatery with a massive beer selection that features more than 100 unique craft beers and imports (patrons are welcome to join the “99 Beer Club”), MoonCricket Grille serves everything from burgers and wings to fresh seafood, flatbreads and salads. Make sure to note the 25-foot diameter propeller from a prototype blimp hanging from the ceiling, the bar and booth tops made from salvaged bowling alley lanes and the gothic stained-glass windows from the old Oakland Presbyterian Church, as well as light fixtures, brass railings and bathroom doors that came from the legendary Rosie O’Grady’s nightclub complex at Church Street Station. 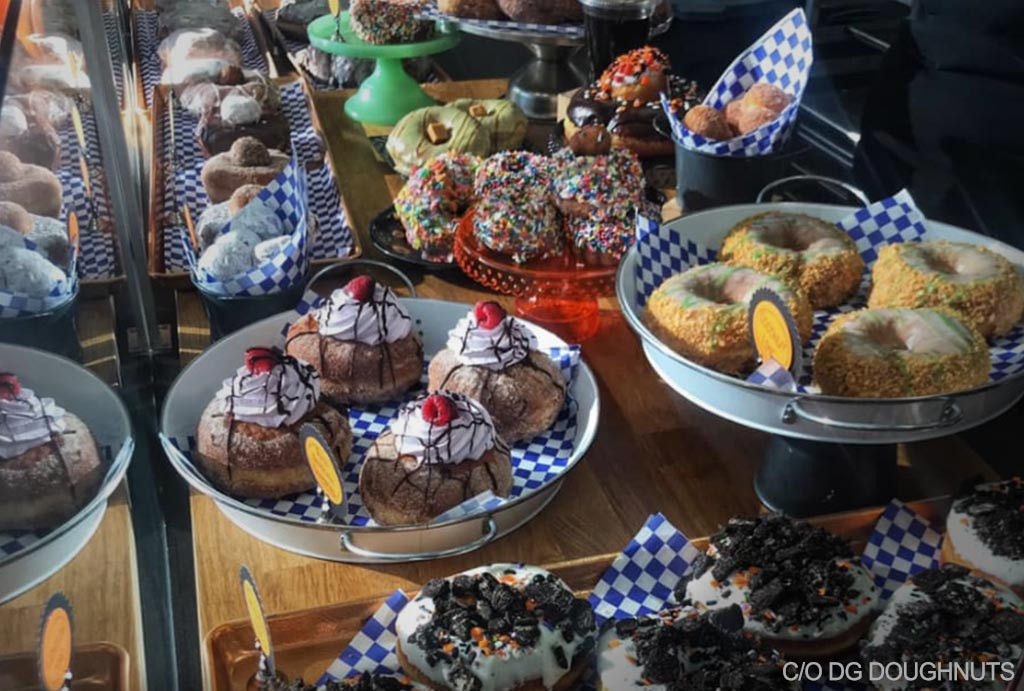 3 | DG Doughnuts | Yes, DG (Damned Good) Doughnuts can be found within a Chevron gas station in the tiny West Orange County town of Oakland (population: 2,538), but don’t let that fool you. This family-owned bakery serves up some of the tastiest doughnuts in Central Florida! On any given day, you may get to choose from such creative delicacies as Chocolate Chip Cookie Dough, Blueberry Almond Crunch, Cinnamon Swirl, Peanut Butter Crack or Chocolate-Covered Banana. Just make sure to get there early before everything is sold out! 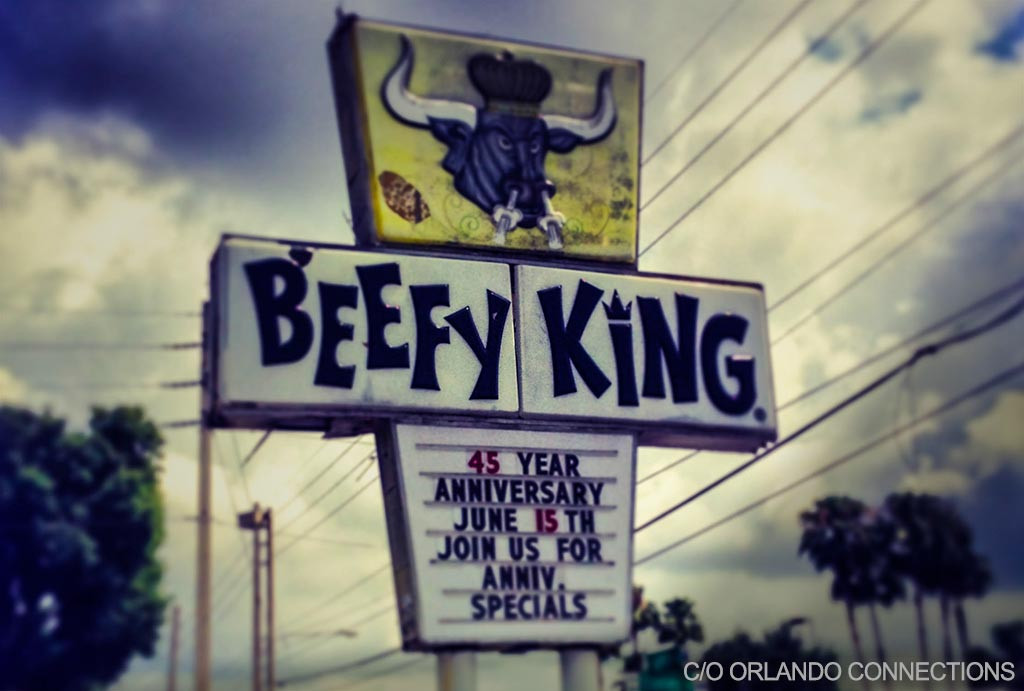 4 | Beefy King | A local landmark and “Home of the Real Roast Beef Sandwich,” Beefy King first opened its doors in 1968 and once had six outlets throughout Orlando. Only the original Bumby Avenue restaurant remains, but it’s typically packed with locals who descend upon Beefy King at lunchtime for its mouthwatering steamed roast beef sandwiches, “beefy spuds” (tater tots) and freshly brewed sweet tea or handspun milkshakes. Oh yeah, the menu also features ham, turkey, pastrami, corned beef, and barbecue beef and pork. Celebrities such as Tonight Show host Jimmy Fallon have even dropped by over the years to sample the mouthwatering roast beef – served hot, fresh and made to order. 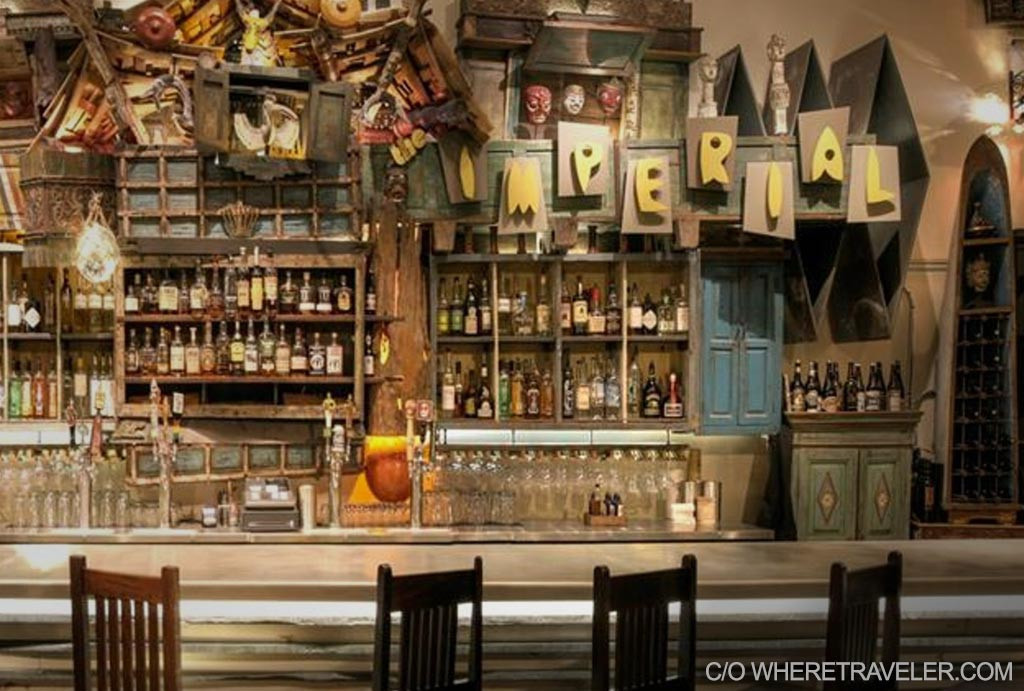 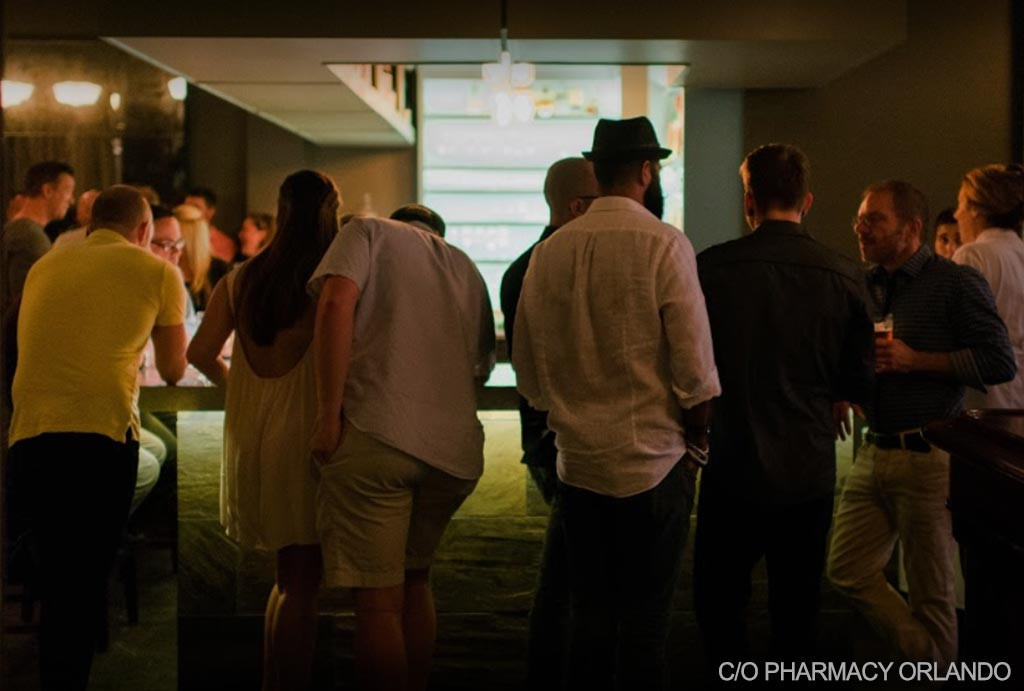 7 | Pharmacy Orlando | A great place if you can find it, Pharmacy Orlando is located behind a fake elevator door in the Dellagio shopping center in Dr. Phillips off Sand Lake Road. A 1920’s themed “speakeasy,” Pharmacy Orlando is the brainchild of Loren Falsone, one of Food & Wine Magazine’s “Top 10 Chefs in the Country.” The critically acclaimed, throwback Prohibition-era eatery specializes in farm-to-table contemporary American cuisine and crafted cocktails. 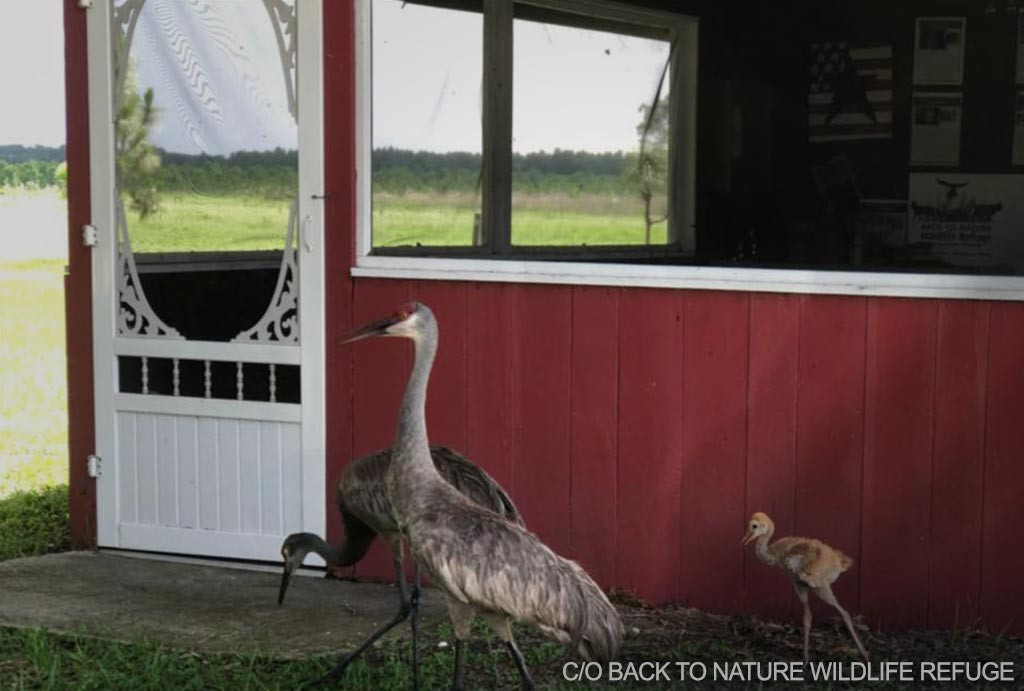 8 | Back To Nature Wildlife Refuge | If you can't get enough of all the agritourism Florida has to offer, then this next item on the outdoorsy-explorer list is for you! Take a self-guided tour (for a $5 donation) of the fascinating Back to Nature Wildlife Refuge and learn all about this rehab facility dedicated to caring for injured and orphaned wildlife. The Wildlife Walk allows visitors to view more than 30 different wildlife species such as ring-tailed lemurs, bobcats, Sherman’s Fox squirrels, red-tailed hawks and great horned owls. Guided tours are also available by appointment only. By the way, the Back to Nature Wildlife Refuge lies adjacent to the 2,000-acre Split Oak Forest Wildlife and Environment Area, which features more than 7 miles of Orlando hiking trails that will make the heartiest adventurer's mouth water! 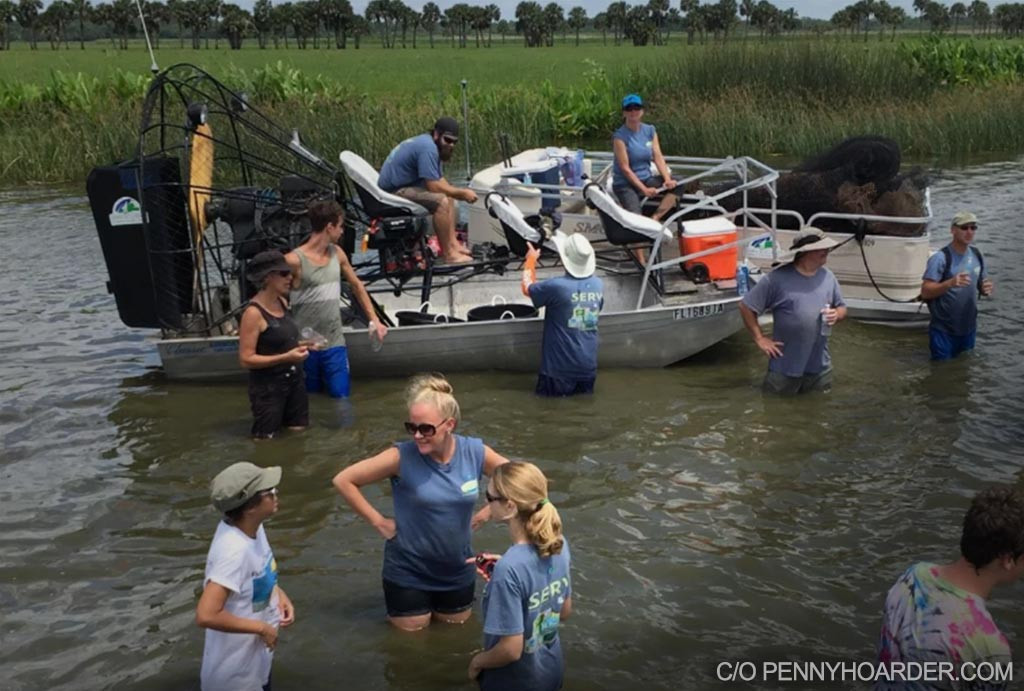 9 | Black Hammock Adventures | Why settle for viewing audio-animatronic animals on the Jungle Cruise when you can view the real deal at Black Hammock Adventures? Take an amazing airboat ride adventure on Lake Jessup and view alligators, bald eagles and other wildlife in their natural habitat! Don’t miss the opportunity to have your picture taken with a baby gator, try some Gator Bites or Catfish Nuggets at the full-service Black Hammock Restaurant and enjoy an ice-cold beer at the Lazy Gator Bar (featuring live music on weekends). By the way, award-winning country music singer Jake Owen’s music video for “8 Second Ride” was filmed on location at this very bar! For those looking for an out-back, semi-swamp sort of family dude ranch / gator-wrestling combo outing, this trip into the wild is your top choice! 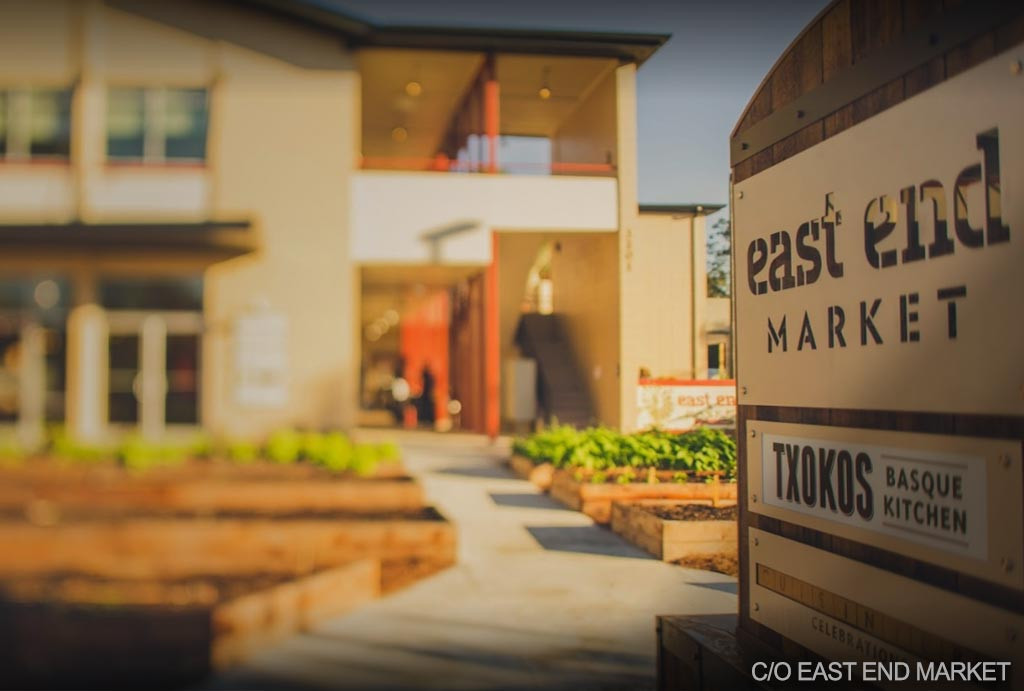 10 | East End Market | Nestled within the Orlando’s Audubon Park Garden District, East End Market is simply one of the coolest places in Central Florida to wander around, shop and grab some delicious food. In fact, “East End Market offers slice of foodie heaven,” according to the Orlando Sentinel. Whether you are seeking locally sourced produce, baked goods, homemade sauces, meats and cheeses, sushi, freshly roasted coffee, organic juices, soups, flowers, beer, wine and more, you will find it at East End Market. The scene of many a Christmas event in Orlando, a variety of food workshops take place here as well, which make for a fun, mixer-of-a-market where East end boys and West end girls can come and meetup amid the din of delicacies (Yeah,… we did that. Hat Tip – Pet Shop Boys)… 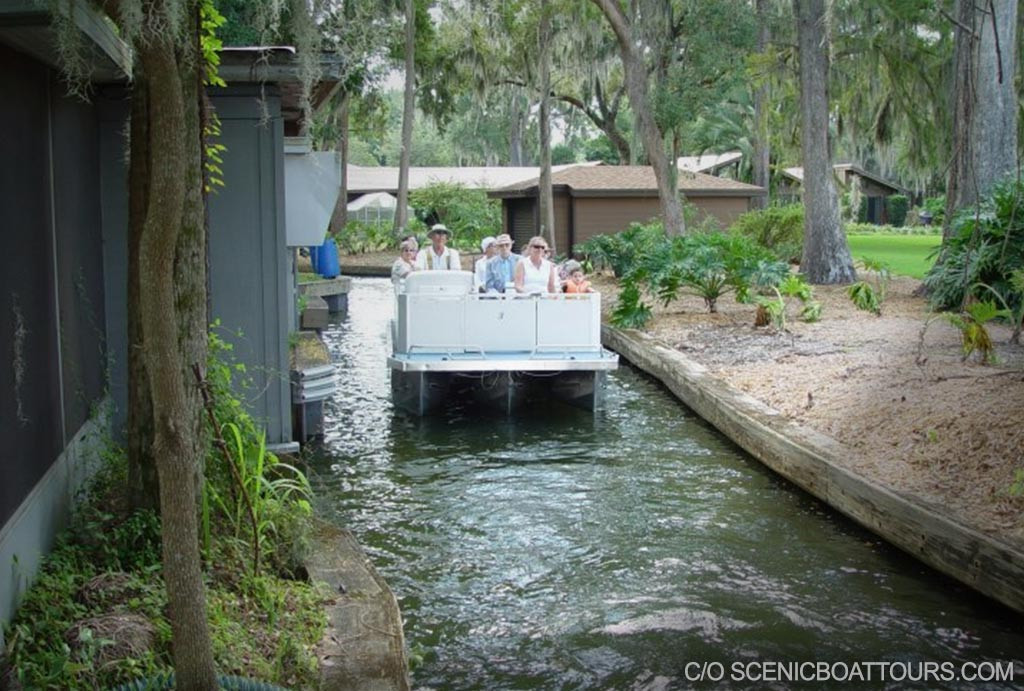 11 | Winter Park Scenic Boat Tour | Take an hour-long guided cruise through the scenic Winter Park Chain of Lakes and observe native fauna and flora along the way (as well as some very expensive real estate!). Believe it or not, the Winter Park Scenic Boat Tour was established way back in 1938, so I guess you could say that this venerable aquatic adventure has stayed ‘afloat’ a long time! Bottom line, no Florida weekend getaway can be complete without a boat tour, so shove off into unknown waters with this local favorite that has stood the test of time! 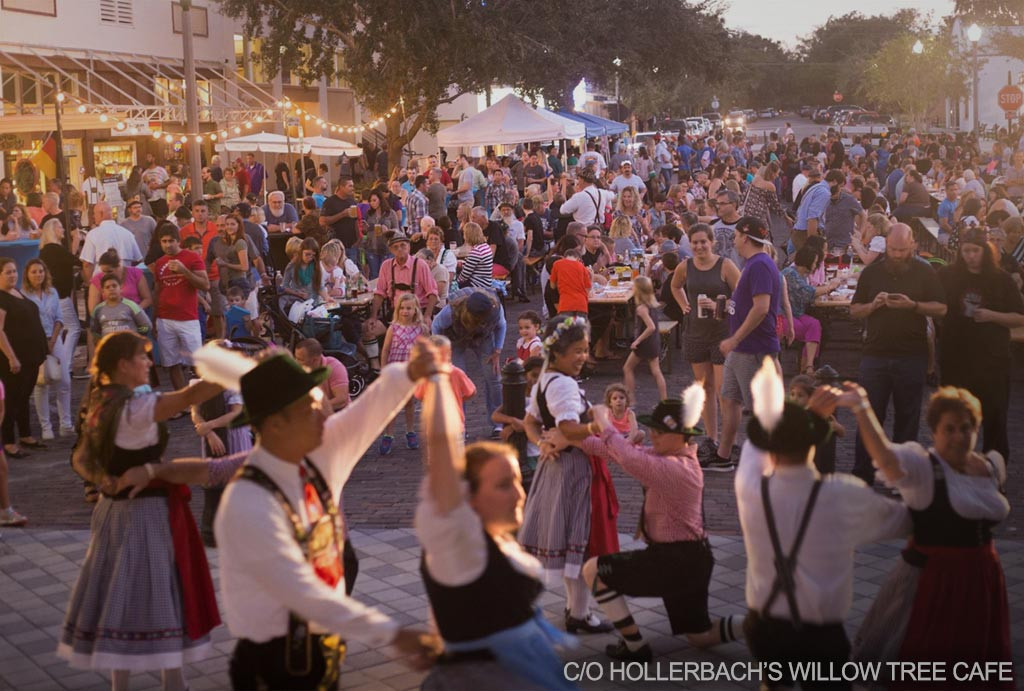 12 | Hollerbach's Willow Tree Café | We all know that some of the best German restaurants live on the East Coast (Wild Bear Tavern – the famed German restaurant in Tennessee comes to mind),… but if you’re seeking an authentic “gasthaus” in Central Florida, look no farther than Hollerbach’s Willow Tree Café, where you can feast on German classics such as schnitzel, sauerbraten and wurst. Wash it down with plenty of frothy German beer (yes, two- and three-liter “das boots” are available!) while you enjoy live Bavarian-style live entertainment. Conveniently located in Sanford’s bustling historic district, Hollerbach’s also features one of the best Oktoberfest celebrations in Central Florida!

Bottom line, if you want to get down with a mixer elixer that runs in the hipster vein, this is your shortlist day trip itinerary right here for undvercover Orlando hangouts and haunts. And if you're looking for a homebase to jump off from, we've got you covered there too... with more Orlando Florida resorts than any other hotel chain out there, we're always blazing the trail on your journey of discovery, both on the road and at home. You never know what hidden gems you'll dig up, so make sure to check back often on our travel blog for the lates hints, tips and secret places you won't want to miss!

Like what you're reading? Learn more about the best escape rooms Orlando has to offer, our Orlando water parks, Halloween Horror Nights in Orlando, and explore the best Orlando resort hotels at these links! 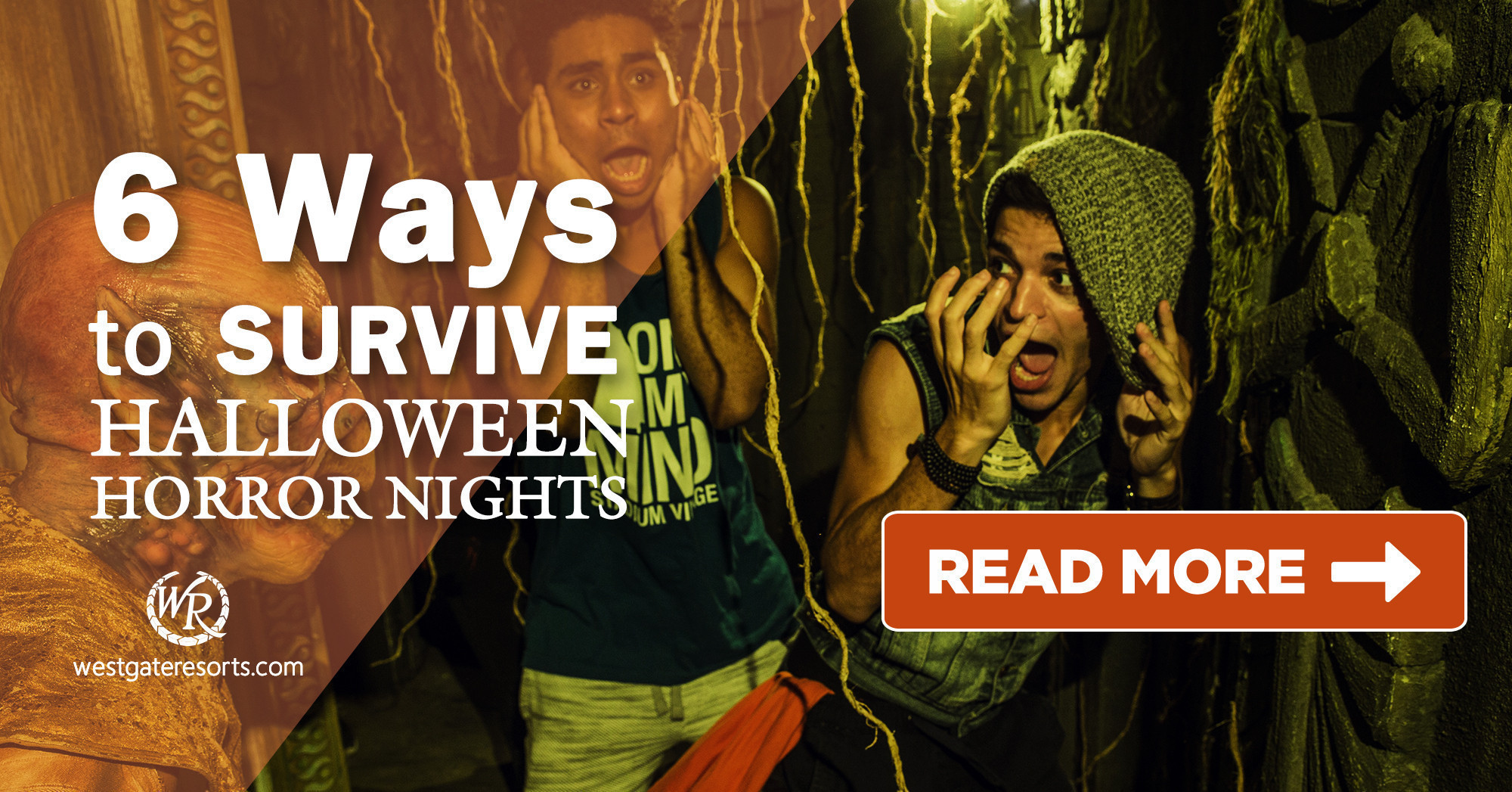 9 Weird Facts About Disney World Everyone Thinks Are True!

pular Hidden Haunts Near Orlando the Locals Won’t Talk About!