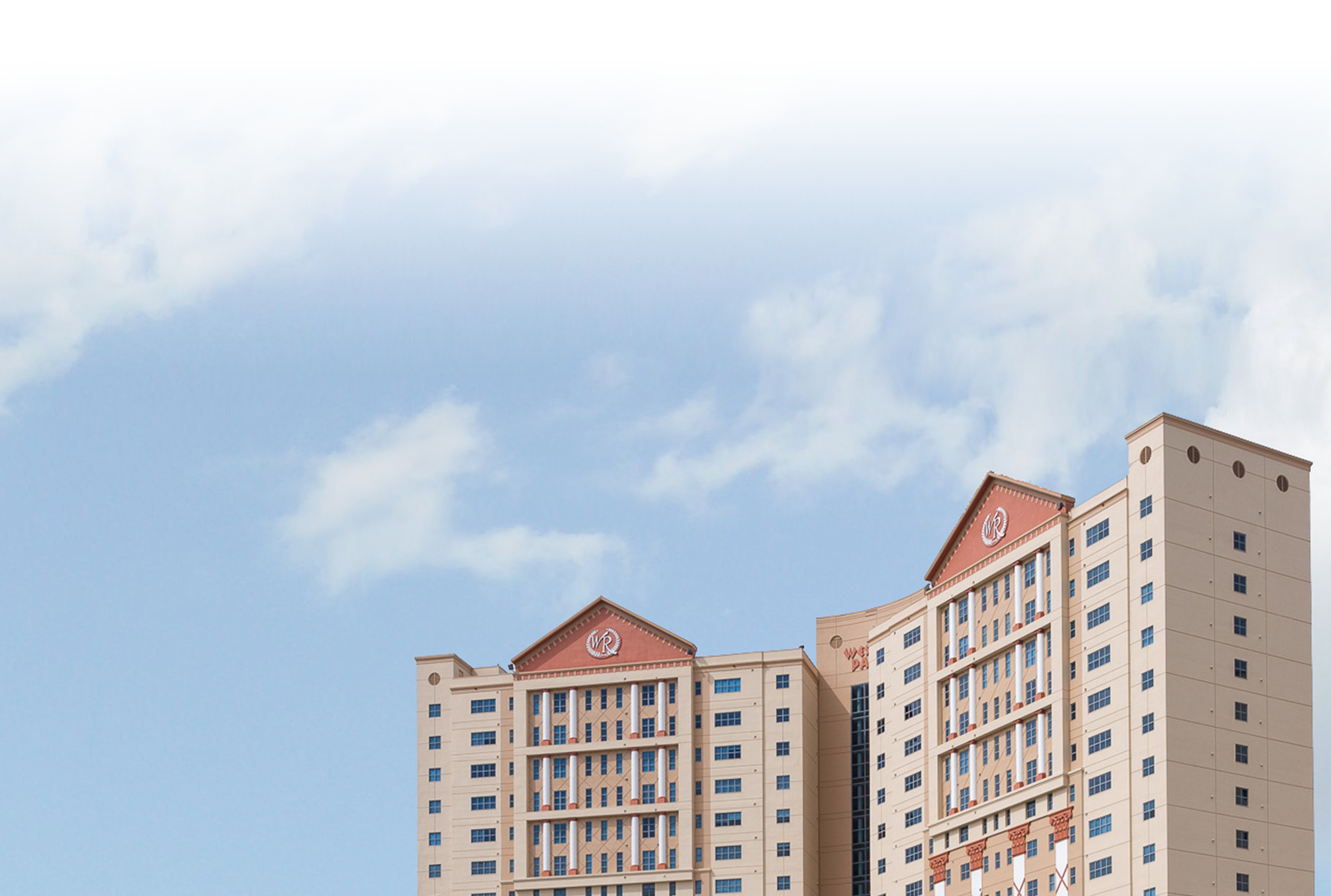 At Westgate Resorts it is our life's work to create fun, easy, and memorable vacation ownership experiences for all of our timeshare owners. Helping owners along in their travel journeys has been our long-time passion, and that being said, our commitment to owner education and consumer protection is priority number one these days,... especially when it comes to protecting our owners from timeshare donation scams.

The typical timeshare donation scam preys on timeshare owners who may be coming to the end of their legitimate ownership lifecycle on their timeshare, and the scam can take many forms, appealing emotionally to owners with spurious claims that they can:

But for owners who are already trying to navigate an increasingly crowded minefield of timeshare resale scams, the promised result of 'Donate Timeshare For Charity' companies almost always falls short of their claims. Typical 'Donate Your Timeshare For a Cause' type scammers will offer to transfer an owner's timeshare title, sell the timeshare on their behalf (which is reminiscent of the typical timeshare resale scam), and then donate the money from the sale to charities like the Make A wish Foundation or some other 'Donate Timeshare to Veterans' cause that allegedly exists. They then claim that the owner can receive a write off on his or her federal income tax return for the market value of the timeshare. Sounds pretty good right?

Unfortunately, it's all a lie.

When you dig into the details, you realize that in order for an owner to donate their timeshare, you first transfer title to the 'Timeshare Donation' company you're doing business with, often masquerading as a non-profit, but (in reality) collecting between $2,500 - $5,000 from owners through a separate, processing company (that is most definitely NOT a non-profit) in order to make the attempt at processing a title transfer on the unit and other 'paperwork' they claim is applicable and legally necessary. During this time, the scam is in full effect, and owners are lavishly promised that they will recover many, many times that amount ($6,000 - $10,000 according to some websites run by these companies), stating that the market value of their timeshare unit as a charitable donation will work wonders on their income tax returns for the coming year.

And, along with the scam comes some more bad news for owners, once they realize the following:

To Donate Your Timeshare Is Expensive: For any owner wondering what it will take in terms of cost to actually 'donate' a timeshare, the cold, hard truth is that most timeshare donation scam websites are lying when they say, "We process some timeshares free of charge." - if you look deeper in the finer print (usually on the website footer somewhere) you will find some statement or disclaimer stating, "For some timeshare we maintain a fee-based program with limited guarantees. Call us today to see which donation program your timeshare category falls into.” Once an owner does tis, they'll discover that they are really going to be the ones on the hook for paying out thousands of dollars just to 'donate' a timeshare. In fact, in one recent IRS report/filing, they disclosed that timeshare owners paid approximately $3,000 in fees to one such company in order to allegedly donate their timeshare through one particular 'scam' company, in effect, substituting their own fees instead of actually helping someone to donate anything.

Trying to Donate Timeshare to Veterans is a Scam: Without going into all of the gory details about recent lawsuits and filings, it is now well known that the 'Donate Your Timeshare to Veterans' concept is a full fledged scam that has now been outed (and prosecuted by) various state and federal entities. The nature of the scam is essentially the same, as the 'donation company' will charge the unsuspecting timeshare owner a fee of thousands of dollars in order to allegedly donate timeshare to veterans, which will (typically) never happen. This is a double-scam, simply due to the fact that these shell companies are doing a horrible disservice to any legitimate veterans assistance programs trying to aid America’s Veterans and their families through approved, charitable work which is not timeshare related.

Even Under Ideal Circumstances, Very Little Goes to Charity: Bottom line, even if you were to find a timeshare donation company that would send money to a charity, the odds are against that ever happening,... at least in any meaningful amount. One recently researched scammer website talks about the good causes they support with timeshare donations, including the National Foundation for Cancer Research, Make-A-Wish America, and many more. However, the IRS filing pertaining to that company states that since 2010, it generated total revenue of more than $17 million, yet donated less than $1.5 million to charities, which is essentially not even giving 10% of the money it brings in, charging owners scammy, exorbitant prices in order to allegedly donate their timeshare. If you think your 'donation' will ever matter with one of these companies, think again.

Tax Write Off Values Are Fraudulently Exaggerated: If you think you're going to actually get a decent tax write off, you may want to think again. At one 'donation scam' company, it was recently noted during an independent, third party investigation that appraisers (who are really scammer salespeople working in disguise) duped current timeshare owners with valuations for their current units that greatly exceeded the actual market value of the timeshare. As further proof of this, the IRS reviewed these appraisals and found that although the timeshares generally sold on eBay for 3-4% of the appraised value (if they could be sold at all), the owner was sometimes quoted appraised values that were over $8,000, and this is AFTER paying fees that approximated $3,000 in order to donate. The kicker? The property was finally recorded as having been sold on eBay (likely to a shell company) for just over $80, which isn't going to create any kind of tax write off for anyone. Which leads to the next and (probably) the most important issue with timeshare donation scams...

You Could Get in Legal Trouble With the IRS: It’s this type of over-valuation that has become a pivotal factor in the IRS complaints against many of these companies, precisely because it can (and does in some cases) lead to incorrect tax filings, which then having legal repercussions for owners, resort companies, the donation scam company and (in short) everyone. Is it worth risking a legal battle with the IRS over a donation that isn't going to happen anyway after a scammer has already bilked you out of thousands of dollars? Before thinking about donating your timeshare for a cause, better think twice and weight the potential consequences. 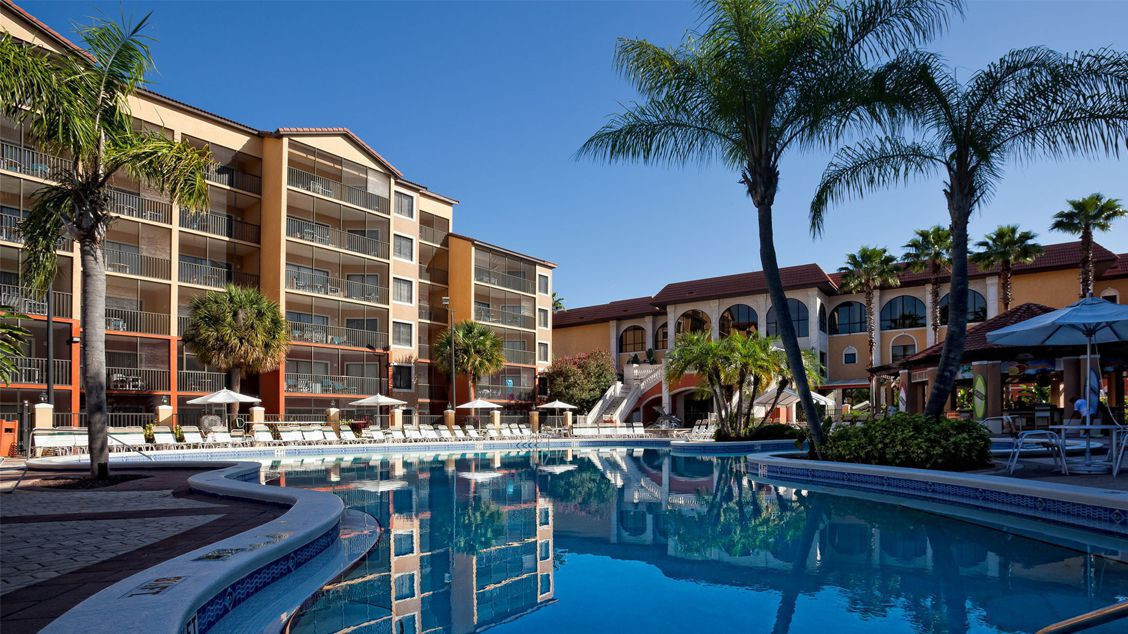 Have a brush with a timeshare scam donation company? Wondering who to turn to? Whatever your situation, Westgate Legacy Program is here to help with consumer awareness and ownership advocacy for our timeshare owners. If you’re researching how to exit a Westgate timeshare, reach out to us first. Westgate never works with or endorses third-party timeshare donation companies, so beware of companies claiming to work with us to donate your timeshare. And if you think you may be dealing with a company like that, or someone is harassing you about your timeshare, the Westgate Legacy Program should be your first call, so we can help support you with sound decisions that make sense for your vacation ownership life-cycle.