8 Reasons Why Orlando Is The Place To Visit For Your Summer State Of Mind!

8 Reasons Why Orlando Is The Place To Visit For Your Summer State Of Mind!

“Summertime is always the best of what might be.” – Charles Bowden

Did you know that the American Automobile Association (AAA) recently ranked Orlando as the “No. 1 Summer Travel Destination” – beating out London, Rome, Paris, Honolulu and the like? The best thing about Orlando is that it’s a tropical paradise with something to do for everyone, so you can truly celebrate summer here all year long! Whatever time of year you plan to visit Central Florida, be sure to book early and plan your Orlando itinerary well in advance so you can make the most of your Orlando vacation getaway. Here are the top 8 reasons Orlando is the place to visit for your summer state of mind: 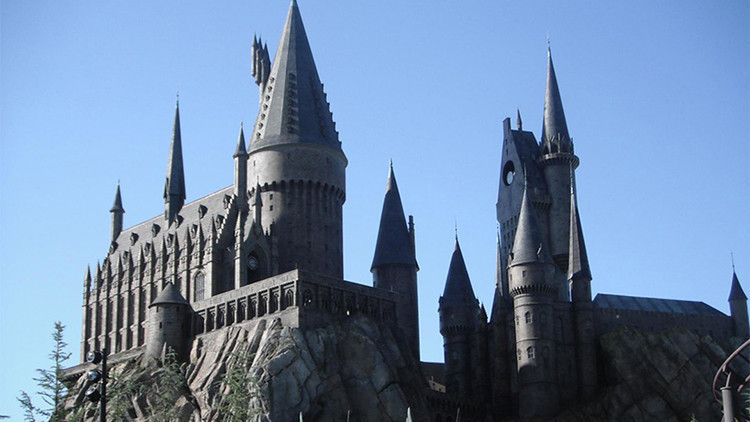 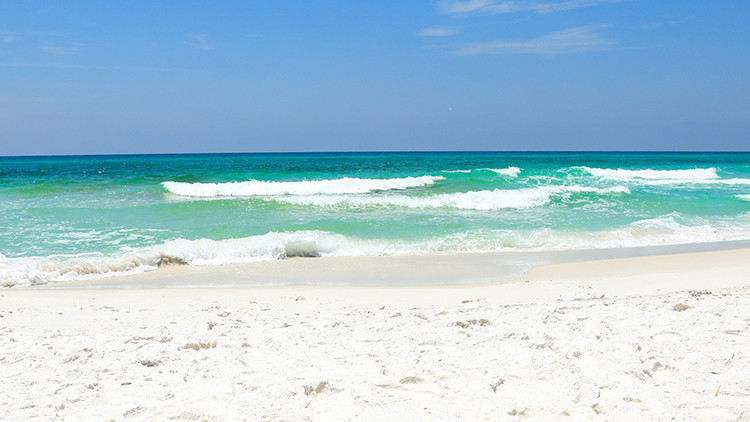 2 | Enjoy Easy Access to White-Sand Beaches | Summer means beach days! Calling Orlando a “hidden beach town” may be a stretch, although a quick 45-minute drive east along the Beachline Expressway (AKA State Road 528) will take you to world-famous Cocoa Beach, home to the landmark Westgate Cocoa Beach Pier and its great fishing and surfing, award-winning restaurants and bars (such as the laid-back Rikki Tiki Tavern), live musical entertainment and gift shops. Other popular attractions along Florida’s Space Coast include Lori Wilson Park, Ron Jon Surf Shop, Florida Surf Museum, Exploration Tower at Port Canaveral, Historic Cocoa Village and, of course, Kennedy Space Center Visitor Complex (the Pier is a popular spot to watch Spacex launches, by the way), In fact, many Central Florida visitors simply split up their vacation week into spending the first half of their time at our family hotels in Orlando near the theme parks, and the second half at the beaches or vice versa. Other popular beach excursions from Orlando include Daytona Beach (one hour away), Canaveral National Seashore (45 minutes), New Smyrna Beach (one hour) and even Treasure Island on the west coast (two hours, 15 minutes), which all make for a fantastic family beach vacation if sand and surf hold sway with your vaca plans! Want to know more about about our Cocoa Beach hotel? Check out this great hotel review by parenting and family travel website Daily Mom, chock full of great family destination travel tips, ultimate guides, and pro-parenting tips to get you up and going for your next getaway! 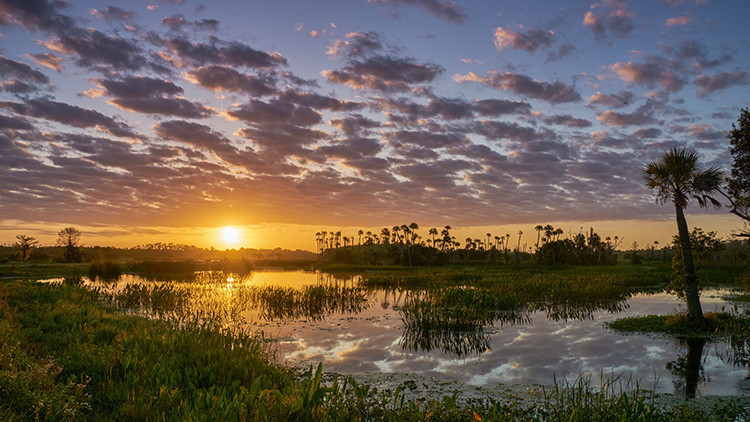 3 | View Wildlife in its Natural Setting | In terms of the best inexpensive weekend getaways Florida has to offer, adventurous travelers to Orlando this summer can enjoy a brief break from the crowds at the theme parks and take the opportunity to explore the “real” Florida, whether they opt to take a tram tour through a wildlife park, enjoy a thrilling airboat ride in the northern Everglades, canoe or kayak along a beautiful winding river, hike through a local state park or forest, or cool off with a refreshing swim in a crystal-clear spring. Some of the most popular Orlando area destinations for outdoor recreational activities include Wekiwa Springs State Park, Rock Springs at Kelly Park, Orlando Wetlands Park, Blue Spring State Park, Wekiva Island, Shingle Creek Regional Park, Bill Frederick Park at Turkey Lake, Black Hammock Adventures, Harry P. Leu Gardens and Little Big Econ State Forest, among others. Central Florida is also known for its burgeoning number of agritainment offerings in the form of demonstration farms, corn mazes, wineries, dude ranches, living history farms, wilderness camping, garden and greenhouse tours, hayrides, petting farms, alligator farms like Gatorland, u-pick farms, championship rodeos, and horseback and some of the best nature trails Orlando has to offer. 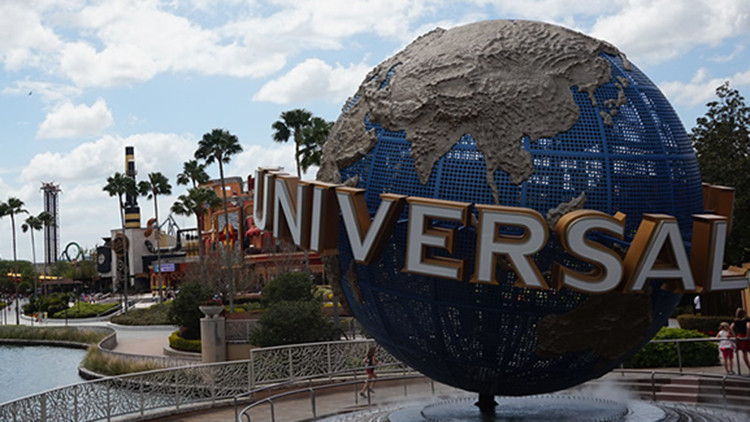 4 | Beat the Heat and Avoid the Crowds | Believe it or not, the recent grand opening of Hagrid’s Magical Creatures Motorbike Adventure drew lines as long as 10 hours! However, with a little advance planning, you can avoid the theme park crowds this summer and maximize your enjoyment during your Orlando vacation getaway. If possible, schedule your Orlando trip during less busy times of the year such as after Labor Day weekend and during the winter months (except the week before Christmas up until New Year’s Day). Try to avoid holiday weekends and Spring Break especially. If you do plan on visiting Orlando this summer, arrive at the theme parks well before they open and work your way from the back of the park to the front. Also, keep in mind that weekdays are usually less crowded than weekends. Make plans to visit the most popular attractions first thing in the morning, around dinnertime, or live shows and parades. If you feel like you need to take a break from the theme park crowds in Orlando, consider taking a road trip about an hour South to LEGOLAND Florida in Winter Haven where the crowds tend to be somewhat lighter, while the attractions are outstanding for ages between 2 and 12. Overheating a little bit while at the parks? Not ot worry! Cool down for a spell with some fun Florida day trips to these great breweries in Orlando, FL or keep it low key with some things to do in Orlando that won't break the bank! 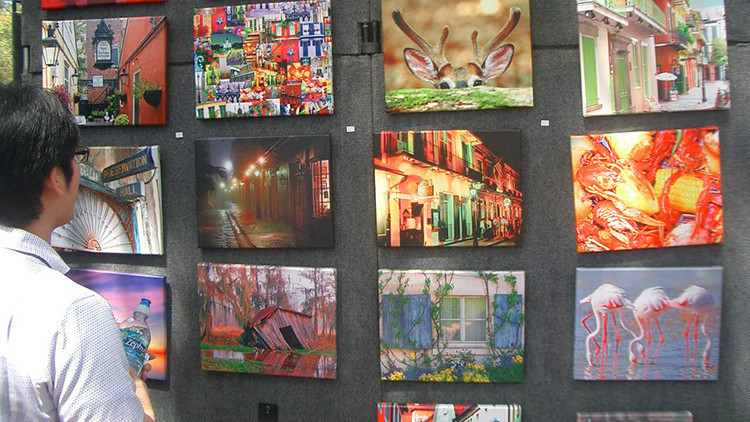 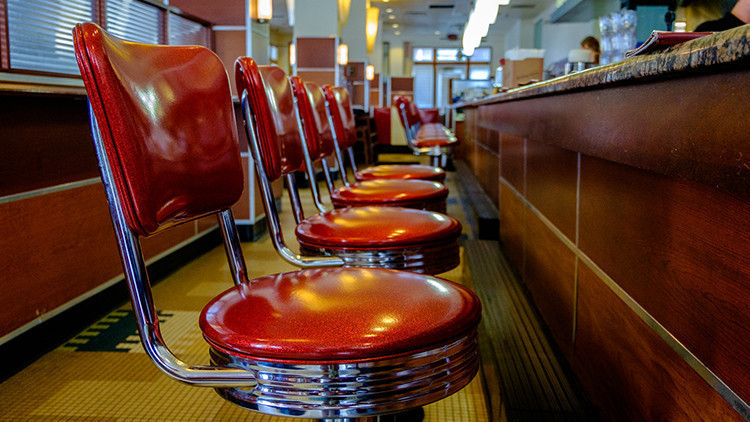 6 | Experience Innovative Dining at its Finest | The Orlando area boasts more than 5,000 restaurants and serves as the global restaurant headquarters for such popular chains as Darden, Ruth’s Chris and Sonny’s Barbecue, among others. Since Orlando draws millions of visitors around the world, the area also serves as a prominent test market for restaurant startups as well as new menu items before they are unleashed on the national market. Unfortunately, many visitors do not attempt to venture too far beyond theme park dining and all-you-can-eat buffets. Adventurous diners will want to sample the ever-evolving culinary scene in such restaurant hotspots as Disney Springs, Universal CityWalk, Winter Park and downtown Orlando. In addition, many of the best themed restaurants in Orlando can be found along world-famous International Drive such as Cuba Libre Restaurant & Rum Bar, Hash House A Go Go, Taverna Opa, Bahama Breeze and Café Tu Tu Tango - all making prestigious mention in various top 10 lists, including notoriety as being some of th best bars in Orlando as well. Recent additions to the Orlando dining scene include The Edison and Jaleo at Disney Springs, Ford’s Garage near Orlando Premium Outlets, Sette in Ivanhoe Village, and The Glass Knife and Proper & Wild in Winter Park, among others. 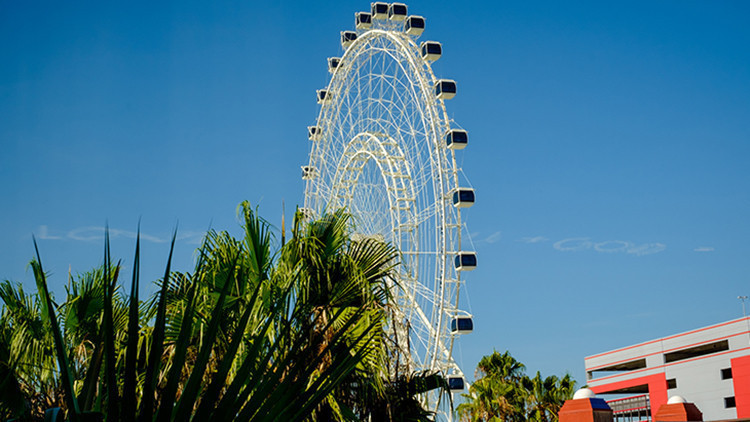 7 | Discover Something for Every Interest to Enjoy | Even if you’ve already hit every major theme park and attraction in Central Florida, you’ve barely scratched the surface of things to do in Orlando. Want a bird’s-eye view of the “Vacation Capital of the World”? Hop aboard The Wheel at ICON Park – an amazing 400-foot-tall observation wheel. Looking for a thrill ride that’s a little more intense than Space Mountain? Don’t miss the Orlando StarFlyer (a swing ride that rises 450 feet in the air), the Slingshot at Magical Midway or Screamin’ Gator Zipline at Gatorland. Want to cool off from the scorching summer heat? Try Universal’s Volcano Bay, Aquatica Orlando, Discovery Cove, Disney’s Blizzard Beach or Disney’s Typhoon Lagoon. Seeking world-class art museums? Check out the Orlando Museum of Art just north of downtown Orlando and the Cornell Fine Arts Museum at Rollins College in Winter Park. Looking to immerse yourself in nature? Head just one hour north of Orlando to the Ocala National Forest, which encompasses nearly 400,000 acres and boasts more than 600 lakes, rivers and springs, including recreational springs such as Juniper Springs, Salt Springs, Silver Glen Springs and Alexander Springs for year-round swimming, snorkeling and sunbathing. Obsessed with Miami Vice reruns and craving some colorful South Florida nightlife? Bustling South Beach is just a short three-and-a-half hour road trip from Orlando down Florida’s Turnpike. 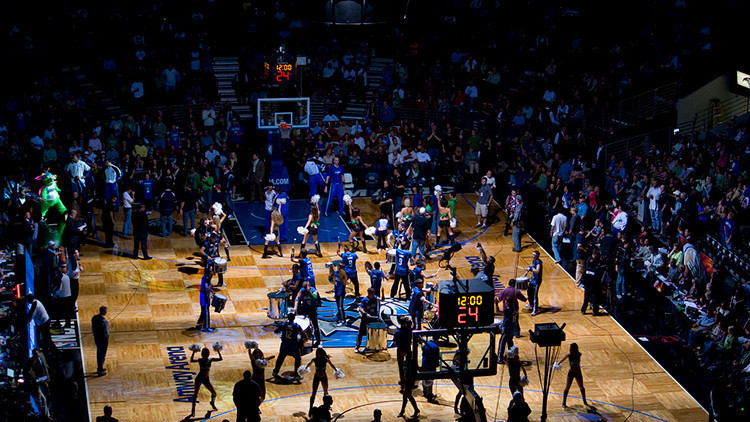 8 | Take in a Live Sporting Event | There’s no shortage of thrilling spectator sports in Orlando with the high-flying hoops action of the NBA Orlando Magic at the downtown Amway Center leading the way. In addition, no visitor to Orlando should miss the opportunity to catch world-class soccer action with the Orlando City Soccer Club of Major League Soccer (MLS) and the Orlando Pride of the National Women’s Soccer League (NWSL). Both teams compete in downtown Orlando at state-of-the-art Exploria Stadium. Looking to cheer on your favorite college football team? Camping World Stadium hosts two of the biggest college football bowl games, including the Camping World Bowl in December and the Citrus Bowl in January (as well as the Florida Blue Florida Classic featuring Bethune-Cookman University vs. Florida A&M University in November). Root for the home team favorite Knights of University of Central Florida (UCF) at Spectrum Stadium or take a road trip from Orlando to the University of Florida at Ben Hill Griffin Stadium in Gainesville (one hour, 45 minutes away), University of Miami at Hard Rock Stadium in Miami Gardens (three hours, 20 minutes away) or even Florida State University at Doak Campbell Stadium in Tallahassee (four hours away). In addition, Orlando is just a short drive away from pro football action with the likes of the Tampa Bay Buccaneers, Jacksonville Jaguars and Miami Dolphins.

Summer Is Sizzlin' In Orlando!

So no matter what kind of natural getaway you're looking for, Central Florida is a great place to go for an Orlando getaway! Feeling like a Disney vacation? Check out some great Orlando hotels, learn more about Star Wars: Galaxy's Edge Opening Date, discover some great Florida vacation ideas, or get the low-down on cheap Disney tickets, before braving the best escape room Orlando has to offer! Whatever your taste for adventure - we've got you covered with 8 Orlando resorts, and loads of things to do in Orlando, right here on our travel blog! 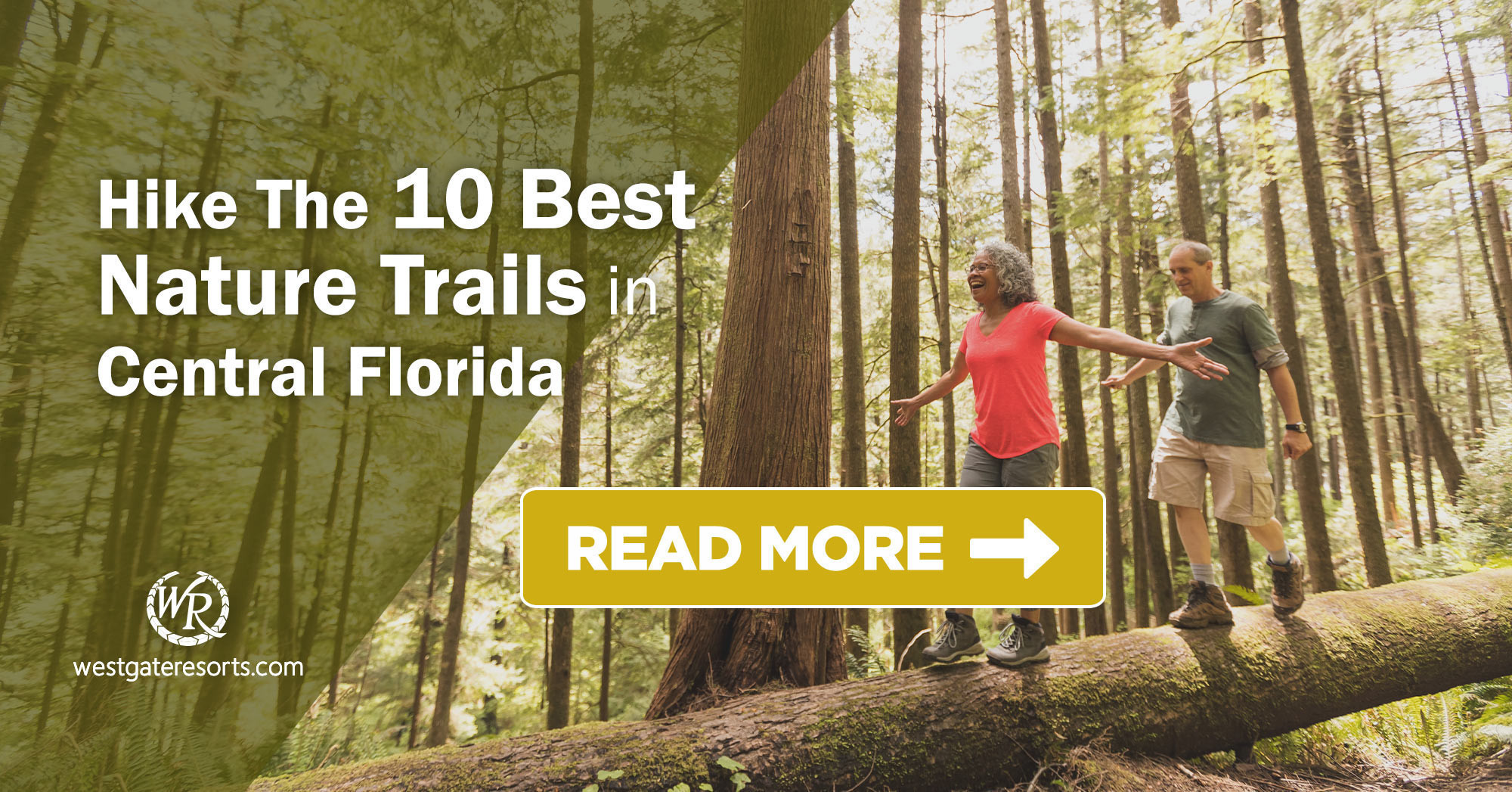